2020 Junior Prom combined with Senior Ball due to coronavirus concerns

Junior Prom is among March events being cancelled by the district 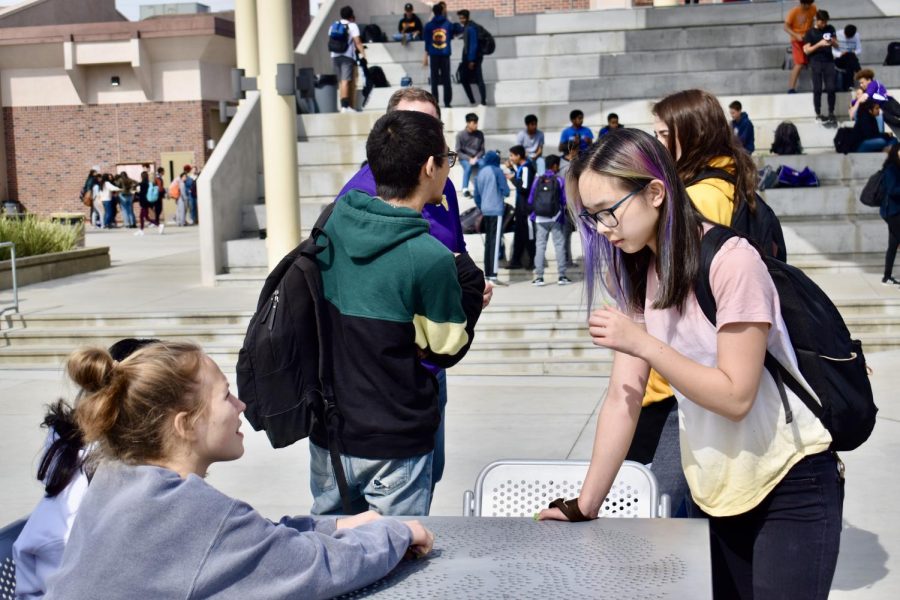 To respond to any questions that students had, the class officers for Class of 2020 and Class of 2021 set up a booth in the rally court, replacing the previously scheduled fashion show.

fter an announcement during fifth period on Friday, March 6 by assistant principal Mike White, it was confirmed that Junior Prom (JP) for the Class of 2021 would be canceled and combined with the Class of 2020’s Senior Ball (SB) on May 30. Earlier that day, Fremont Union High School District (FUHSD) mandated that all FUHSD school rallies, assemblies, dances and school-sponsored trips inside and outside the state would be canceled after receiving guidance from the Santa Clara County Department of Public Health.

After being notified of FUHSD’s regulation during fourth period, White informed the Leadership class during fifth period to go through options for a plan of action.

Postponing JP until April was initially considered until the Leadership students realized the venue, the Corinthian Grand Ballroom in San Jose, is currently booked every Saturday up until September. After much discussion, the Class of 2020 officers suggested that JP could be combined with SB. Senior and Class of 2020 Vice President Anna Kolesov believes the class officers made the best out of the situation.

“As a senior, I have been a junior before — I know [prom is] such a big deal,” Kolesov said. “It was such a fun time [with] all of the traditions: … the askings, the pictures and getting ready. Just imagine having that taken away — it’s heartbreaking, but this is really great for the tradition of having the prom and for the juniors to [still be] going.”

Although the decision was met with some controversy by both juniors and seniors, White believes that with the information available, the choice made was the best one, since the date of SB was the furthest they could push JP back to. He also stresses that the current plan is not final — should additional risks or conflicts emerge, more changes may be made.

White adds that though merging JP and SB may not have been well accepted by some students, it is not without its benefits. The Hornblower, the yacht where SB has taken place for the past 20 years, has a capacity of 2,000 people, which is more than enough space for all the juniors and seniors. As a result, the price of SB would most likely decrease since more people would be attending the event, according to White.

Senior Shravanti Shankar was particularly upset when she heard the announcement and feels that the situation puts both juniors and seniors in a divisive and uncomfortable position.

“I think the most annoying thing, when you’re looking at things locally is that with the bureaucracy, everybody’s accountable to the person that’s higher up,” Shankar said. “So we can’t get mad at our class officers because it’s admin’s fault, but no, we can’t get mad at … admin because it’s the district, and the district because of the county, and the county because of the state.”

However, Kolesov says that in future years, MVHS is planning to combine JP and SB into one event permanently to accommodate for its declining enrollment. According to junior and Class of 2021 Treasurer Annabelle Choi, a minimum of 350 people are needed to attend JP to break even, and this number would be harder to reach with the class sizes decreasing each year.

Besides JP, many events were canceled due to the presence of COVID-19 in Santa Clara County, including Bella Voce and Variations’ Italy trip and El Estoque and El Valedor’s New York City trip.

“I was choked up having to deliver the news,” White said. “It’s a shock when you first hear it, it’s not what you want to hear. The junior officers have been working really hard. They had fantastic sales for the Junior Prom. It’s out of their control.”