The Matadors lose with a final score of 34-60 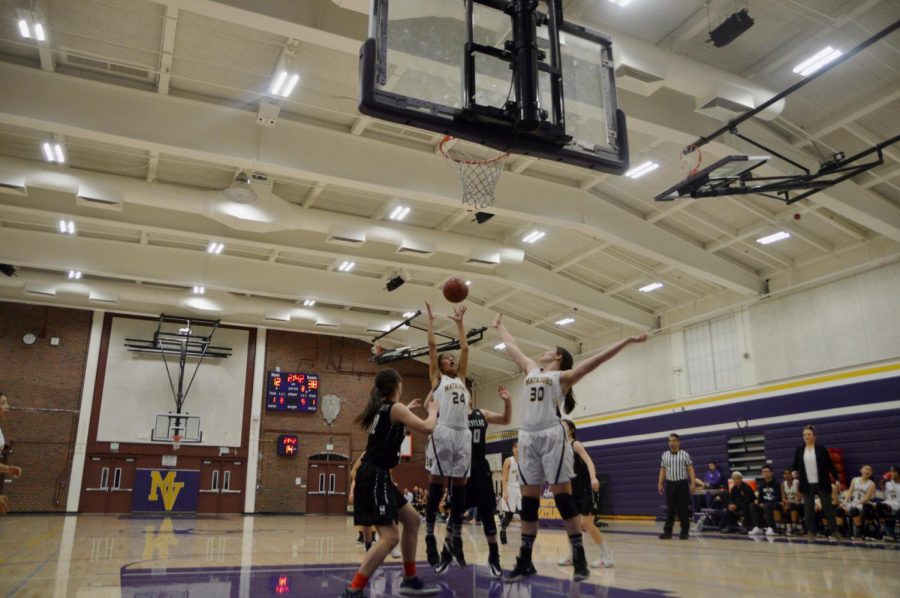 Junior Eshani Patel attempts to catch the ball after a rebounding shot off the hoop.

MVHS lost to Homestead HS in its eighth game of the season, bringing their current league standing to 5-3.

During the first and second quarter, HHS players played a hard defense, making it difficult for the Matadors to score. Junior Katerina Baxter explains how their lack of communication hindered the team’s ability to get around HHS’ defenders. As a result, the Matadors found it difficult to uphold its defense and pressure its opponent.

MVHS girls basketball loses to Homestead HS 34-60. Throughout the game, the Matadors struggled defensively and were unable to score against the aggressive HHS press defense. Photos by Jayanti Jha and Leanna Sun pic.twitter.com/GYWQhpKGCj

“[We need to work on is our communication], especially on defense because we were pressing the other team, and they kept throwing over us,” Baxter said. “When we were running back, we were all running for the same person and not watching the other people behind us.”

While communication was one of their weaknesses for their game, senior Daphne Lam noticed the overall intensity level to be much higher than previous games. Although Lam was injured earlier in the season, she played this game and emphasized that they were “scared” earlier in the season but have become much more aggressive for the ball and to shoot.

During the fourth quarter, MVHS started closing the gap between points, although it was not enough to overcome HHS’ lead. Lam and Baxter describe the three-pointers made by junior Kelli Kosakura throughout the fourth quarter to be the highlights of the game. Lam notices that these shots occurred as a result of increased intensity in gameplay and a more focused mindset.

“I think our highlight was when we kind of got back into our rhythm and we shot four threes in a row, which was pretty good,” Lam said. “At [that] point, we were just motivated to keep playing — we just wanted to finish strong.”