Up in flames: Australian bushfires from July 2019 continue to devastate

Australian students from MVHS react to the longer, more widespread bushfires in their home country 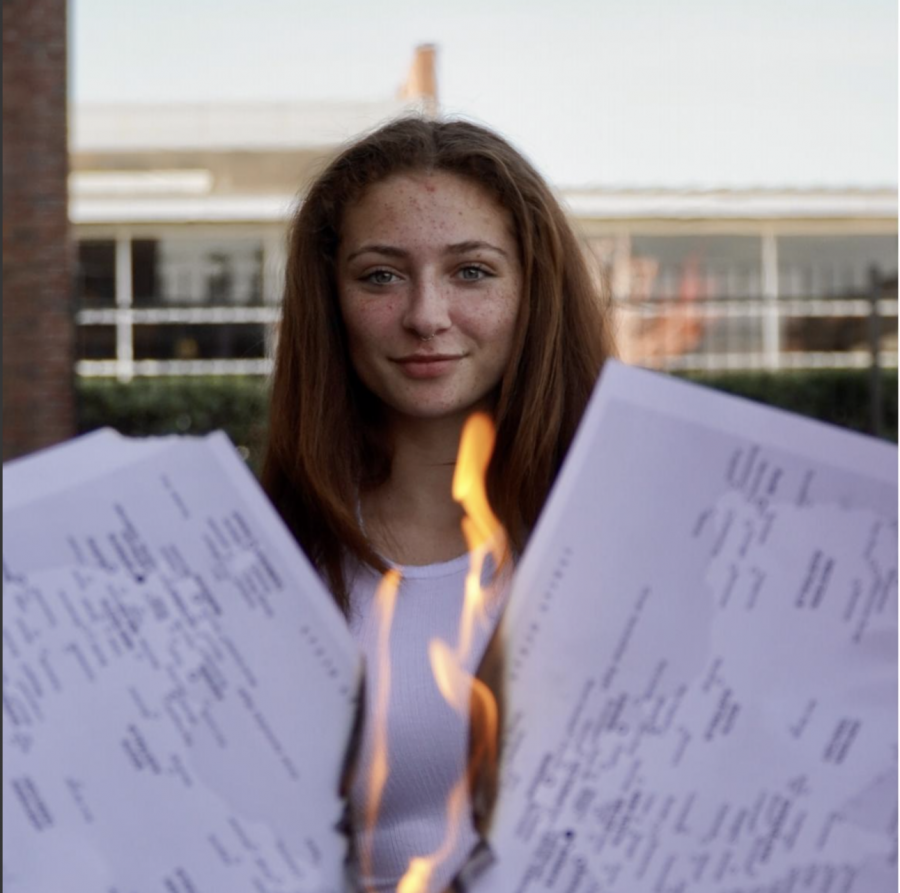 Senior Isabelle Dingli, an Australian citizen, spent her winter break in Melbourne, about 100 miles away from the nearest fires, but she says the air quality impacted her.

Since late July 2019, Australian wildfires have ravaged over 26 million acres of land and destroyed over 3,000 homes. After the deaths of three American firefighters on Jan. 23, the fatality count rose to 34, while approximately one billion animals have been killed or displaced.

According to professor Lisa Alexander at the Climate Change Research Center of the University of New South Wales, these bushfires are seasonal due to the hot and dry climate — but these annual fires began months earlier than usual and have continued to rapidly spread.

The fires have especially impacted states including New South Wales and Victoria near the southeast coast. Areas in major cities like Sydney and Melbourne feel the bushfire symptoms hundreds of miles away but are unlikely to be affected, according to the New York Times.

Senior Isabelle Dingli, an Australian citizen, spent winter break in Melbourne where she had to adjust, opting to avoid outdoor exercises. Her brother, who has asthma, had to be more careful to avoid the smoke.

“Victoria has had worse bushfires; however this is some of the worst bushfires we’ve had nationwide,” Dingli said. “In the city, even today, it’s extremely hazy. You can’t see the blue skies, you can’t see if there are clouds or not and when you’re in the city [it] gets really, really smoky.”

As of Jan. 6, according to the New York Times, the air quality index of Victoria went beyond 999, surpassing a healthy limit of 200. Smoke and ash that blew towards the coast prompted the Australian Medical Association to advise people along the coast to buy smoke masks and avoid the outdoors.

“I have many friends who live further out, and they keep water tanks at the house and … on the back of trailers attached to cars so that they can use the hoses and whatnot to dampen the ground if fires do get closer to that house,” Dingli said. “Where I live, that’s not as much of a threat as the pollution.”

Alexander, who currently lives in New South Wales, had to change her holiday plans when she was forced to change her 1,500 kilometer route to Adelaide in order to avoid the physical effects of the fires.

“And actually in Sydney we’ve had some of the worst air pollution days here to the extent that some days, for example, I won’t even let my kids go outside,” Alexander said.

While sophomore Aurora Butler-Schilling moved from Australia to the U.S. in 2018, her family always intended to return home. Her plans remain intact, but these fires are unsettling for her.

“I’m just distraught,” Butler-Schilling said. “I’ve had a couple [friends] out in the outbacks and have to be evacuated from certain places and it just looks awful. I am truly terrified for everyone and just worried. I’ve been looking at all the posts about it and it’s just awful seeing how many people and animals have died and how much land is being burned.”

Many like Alexander see a link between climate change and the aggressive fires, specifically how the temperatures increase every year while rainfall decreases. According to Reuters, Australia’s annual temperatures are the highest rising in the world; the country is projected to increase 5.1 degrees Celsius by 2090, compared to the global projected increase range of 2.6 to 4.8 degrees Celsius. Paired with record-high dryness, conditions for bushfires were amplified.

When Butler-Schilling lived in Australia, she considered herself to be a proactive advocate for climate change as a threat.

“Some people in the government are talking about how climate change isn’t real,” Butler-Schilling said. “It is. But I think they’re probably trying to downplay the revealing of it. I think a few key people in power are against climate change existing [and don’t] believe in it. That’s kind of what’s stopping the communication.”

Alexander also sees this reluctance among officials to fight climate change. She believes that Australia’s government has had a slightly delayed reaction in combating climate change after receiving advance notice that the 2019 fire season had potential to be one of the worst.

“My guess is it will take a lot more debate in Parliament, trying to work out what those changes would be, but the fact is that the government actually talking about it is actually quite a step forward for the current government, even to discuss that they want to make changes,” Alexander said. “I think they’ve realized that they need to do something.”

After New Year’s, Alexander’s friends and family from her homeland Ireland have reached out to her with concerns for her safety after watching the recent news coverage. She now sees the media as effectively driving government action.

“So it’s definitely in the international public press now and that’s a good thing because it’s actually highlighting that we’re actually seeing some of the effects from climate change directly,” Alexander said.

However, Butler-Schilling believes that despite increased media coverage, some people internationally are not informed on the extent of the issue because of the lack of government communication. So far, a majority of the information she learns is from contacting her Australian friends on Instagram.

“I do think that the government should be posting more about it,” Butler-Schilling said. “I feel like there are probably people in this school that just have no idea. If you don’t have a connection to Australia, it’s going to be hard to get that information.”

Although Australians living in fire-prone areas receive advice and training on safety in the case of a fire, Alexander suggests that more action needs to be taken towards solving — or at least mitigating — the issue of climate change.