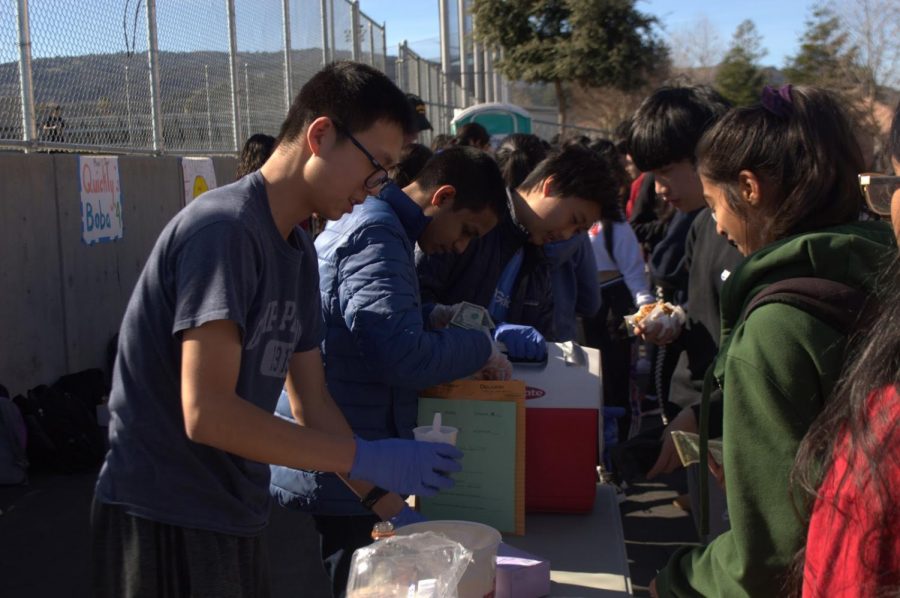 n Feb. 5, the Student Life Commision hosted the annual Club Food Day, a day designated for clubs to raise funds by selling finger food, snacks and drinks. Most foods were sold on average from $3-5. From  fast food such as burgers, fried chicken or fries to cultural foods such as sesame balls and daiyaki, Club Food Day offered a variation of delicacies for students and teachers to buy. Scroll the photo gallery below to view images of MVHS students at Club Food Day. 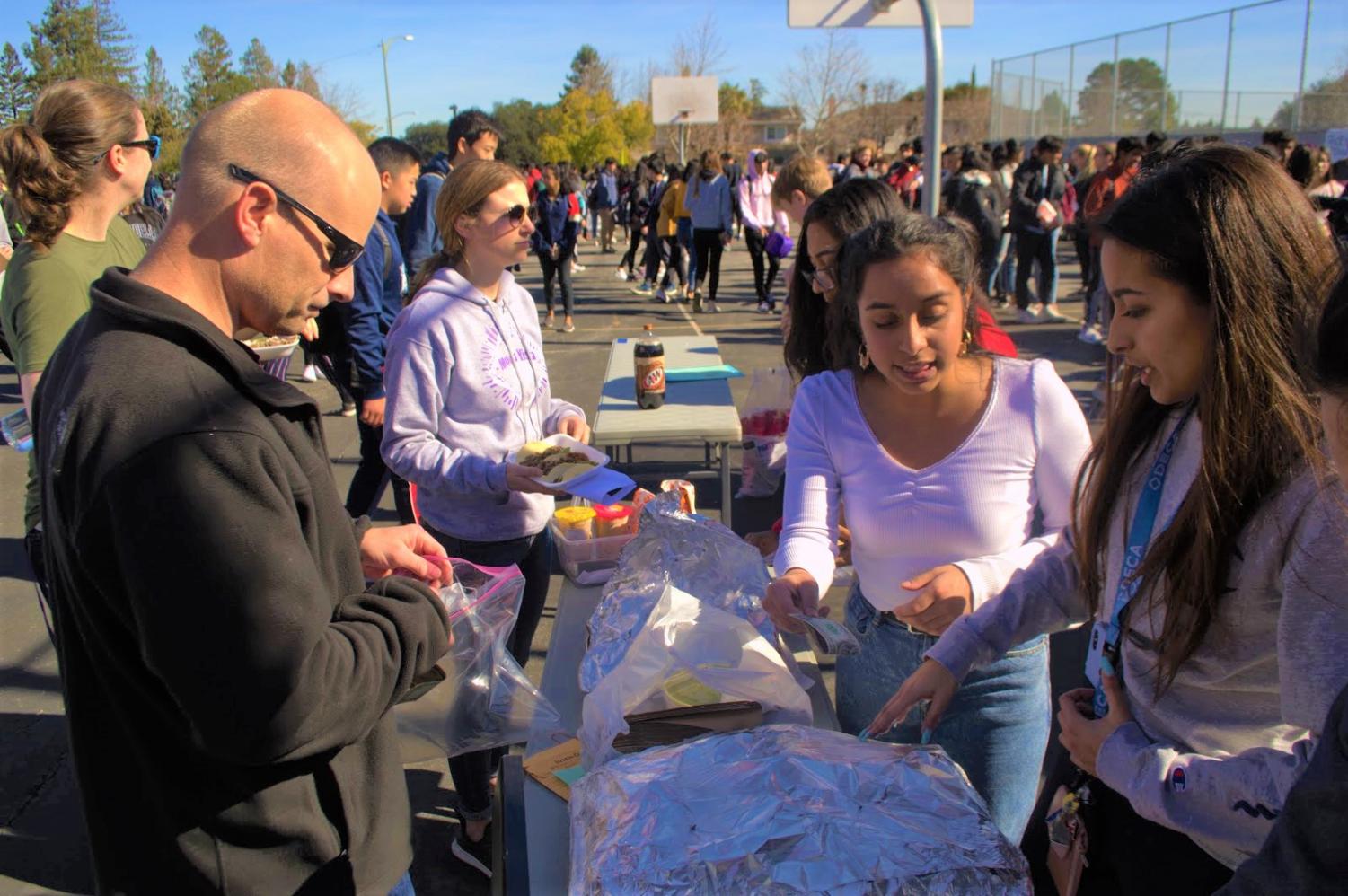 Junior and officer Shreshta Ranganathan serves a samosa for $2 from the Red Cross Club, a club that encourages youth to partake in community service over the Bay Area. 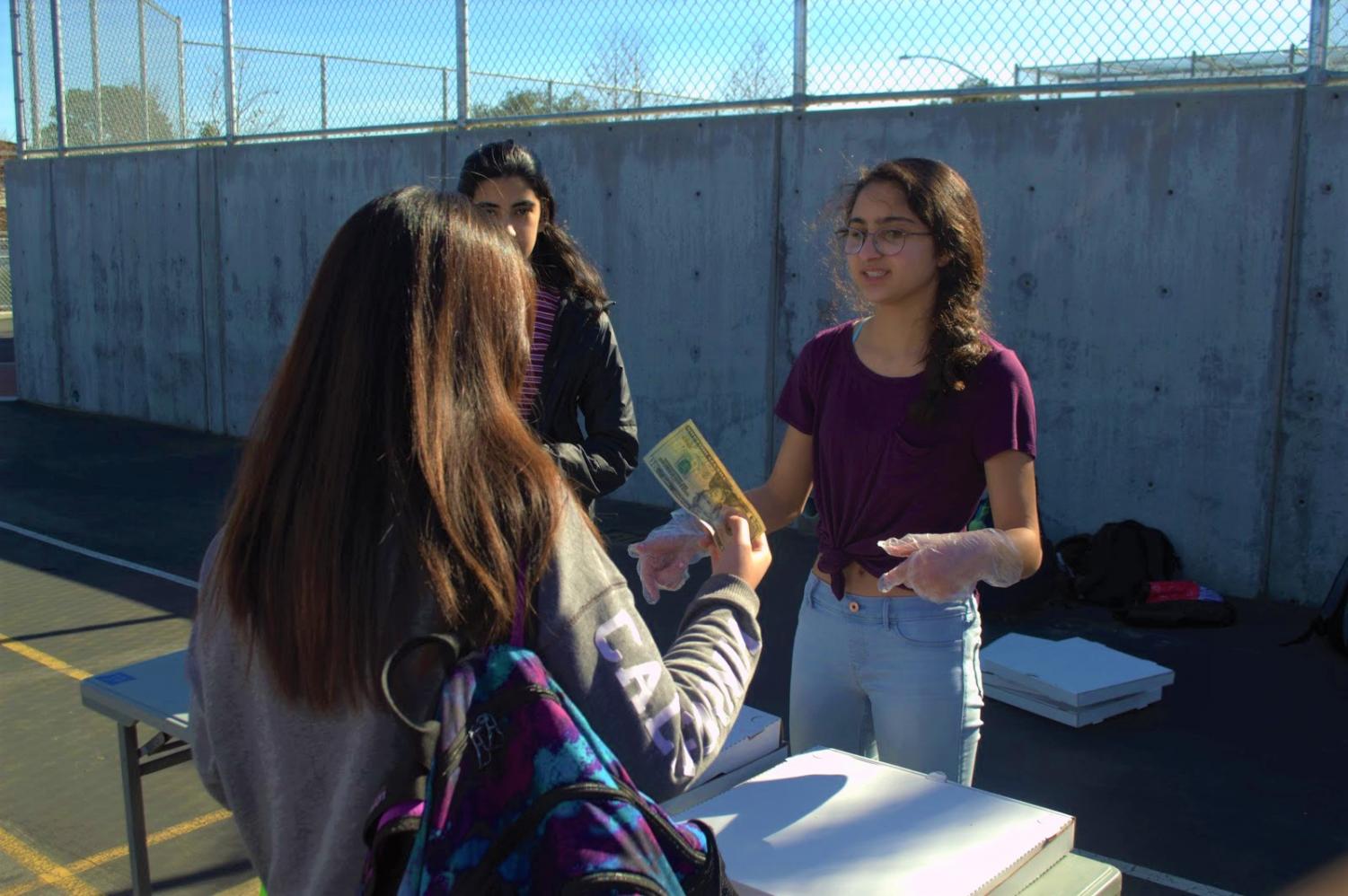 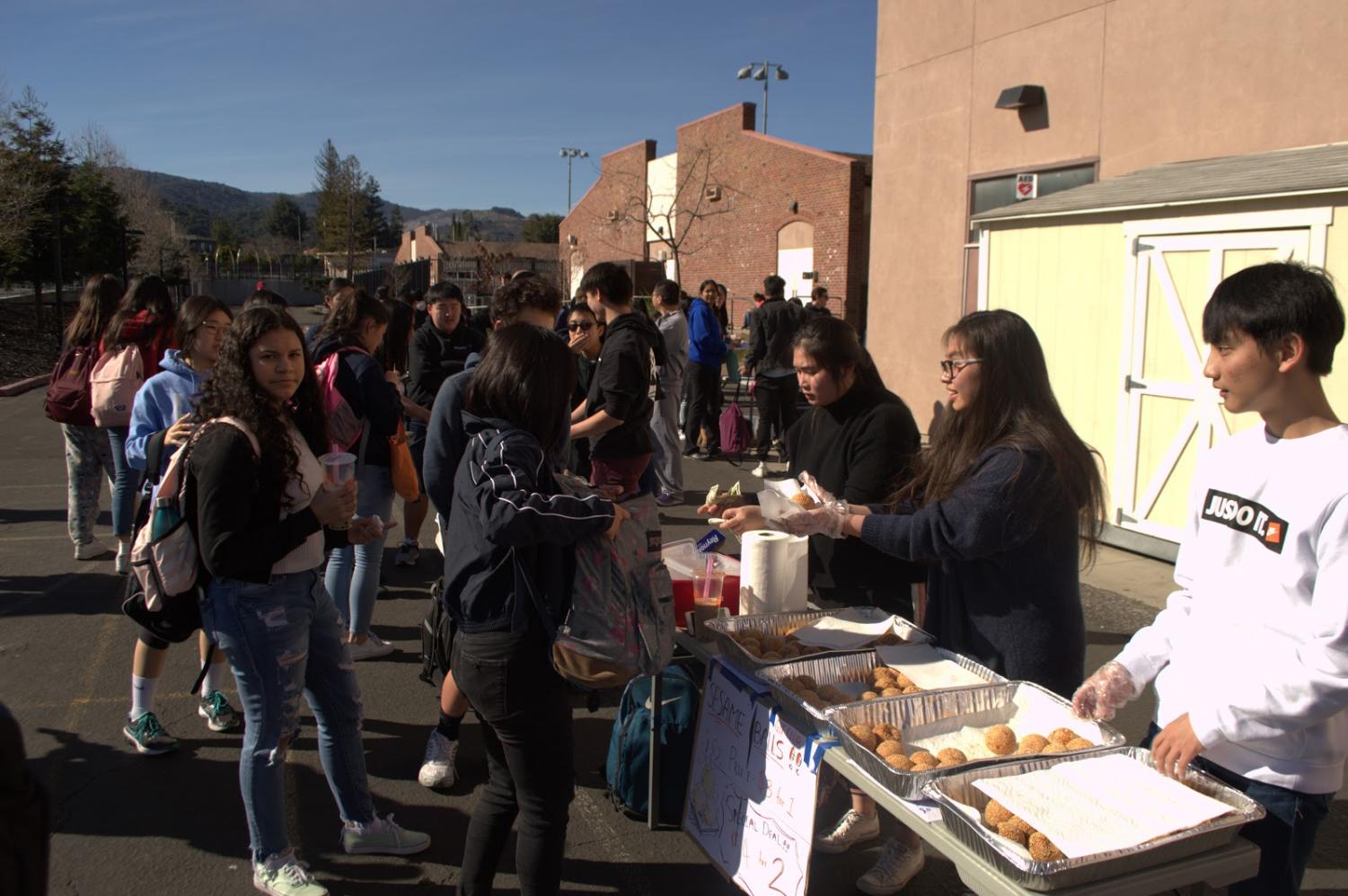 Junior Jungbin Lee worked at the Global Immersion and Friendship Club (GIF) food booth, selling Vietmanese sesame balls for $3 a rice ball. “We decided to [sell Vietnamese sesame balls] because … it’s not really a common food that people try like McDonald’s,” Lee said. “So we wanted to make people experience more [of] a different culture.” 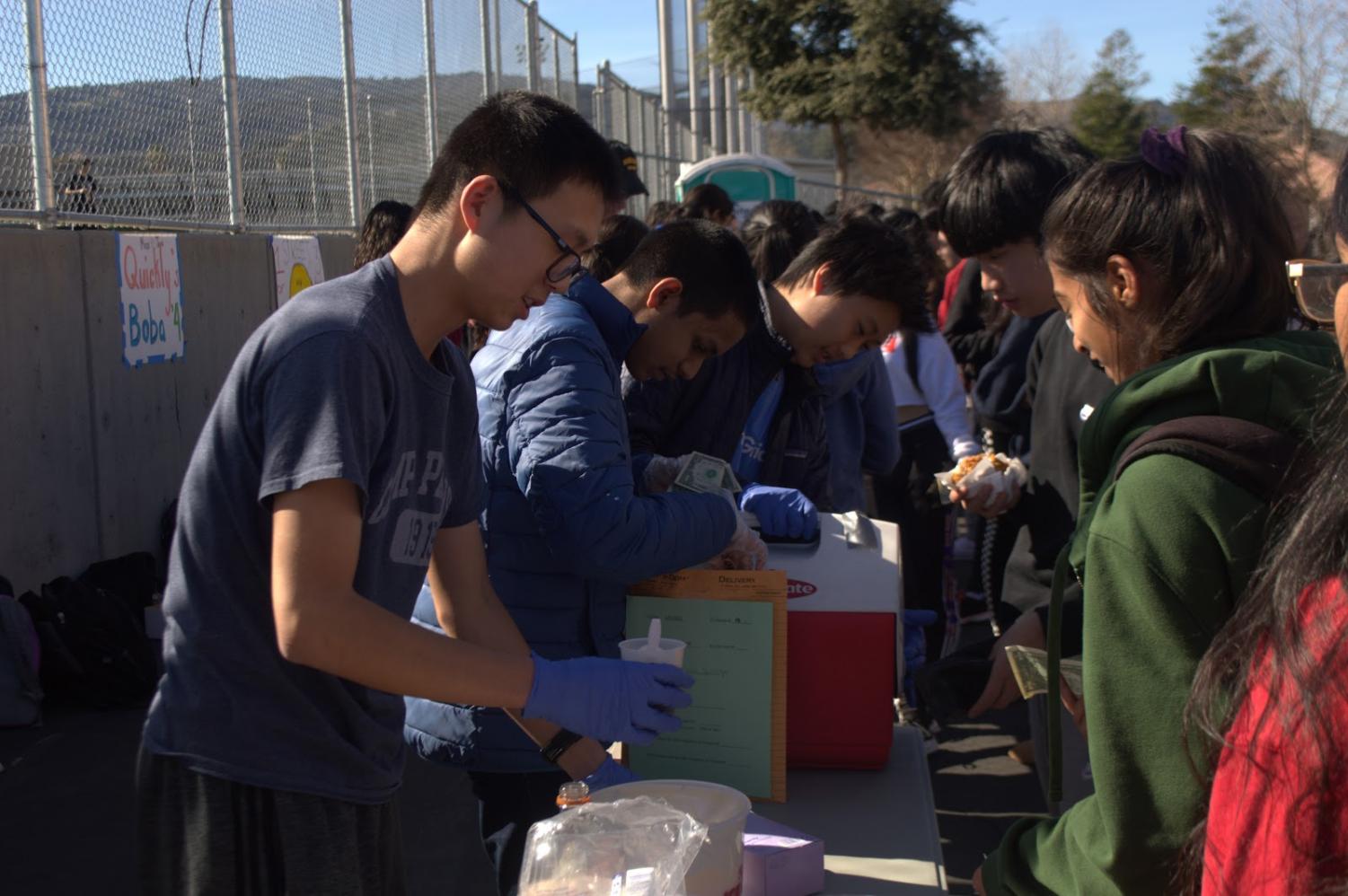 Bridge Club, a club that plays card games, served ice cream floats for a starting value of $4 a cup and lowered the price to $2 around halfway through the event. 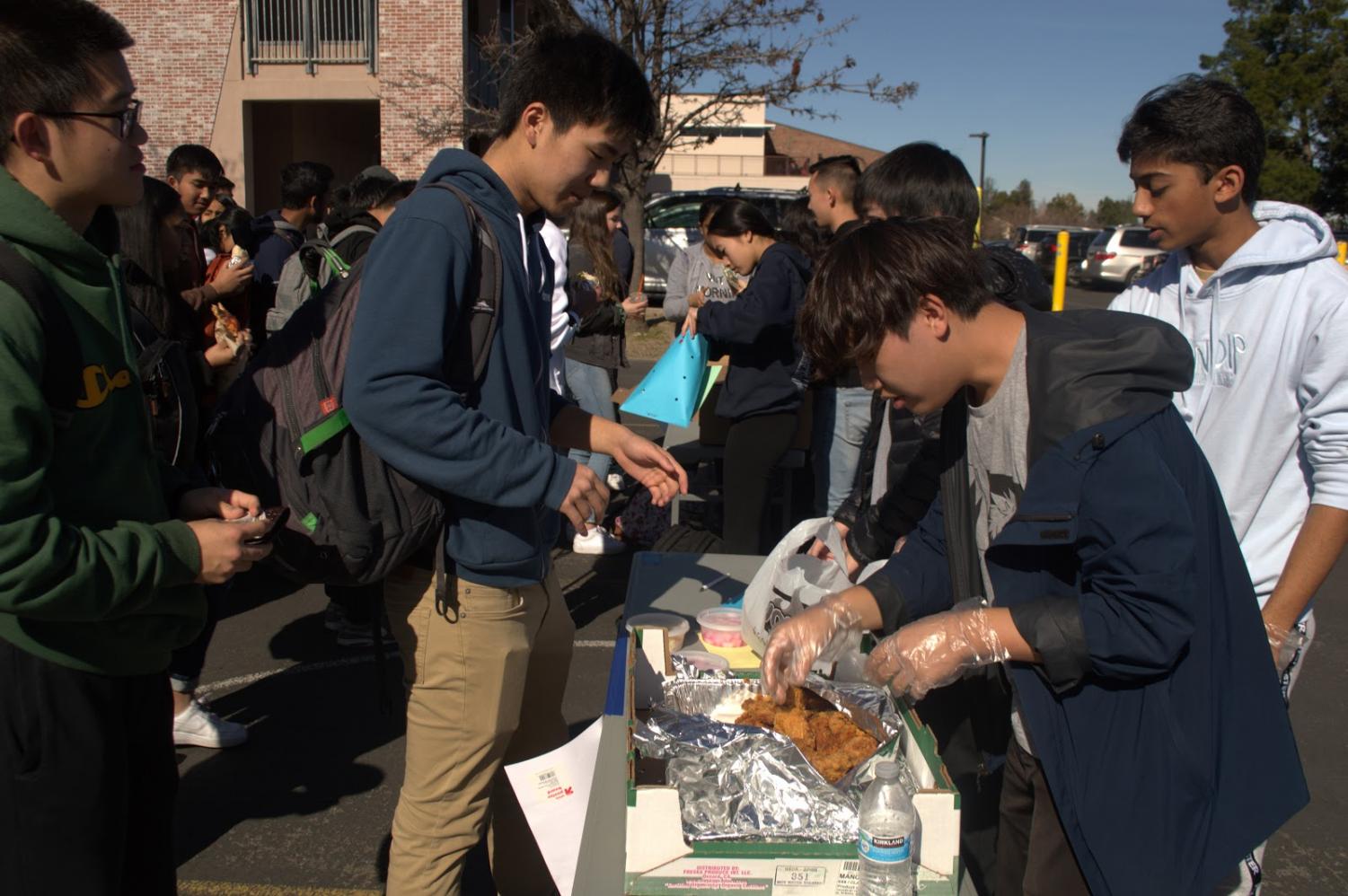 MVHS Table Tennis Club sold Vons Chicken’s fried chicken wings during the event for $4 for two pieces and were able to sell out early. “I didn’t actually think [the chicken] would be this successful,” Reddy said. “I thought we would end up with leftovers but we sold out within the first half. I’m pretty happy because I was worried that [the fried chicken] was going to flop and no one would [buy from us]. But I was wrong. I was totally wrong.” 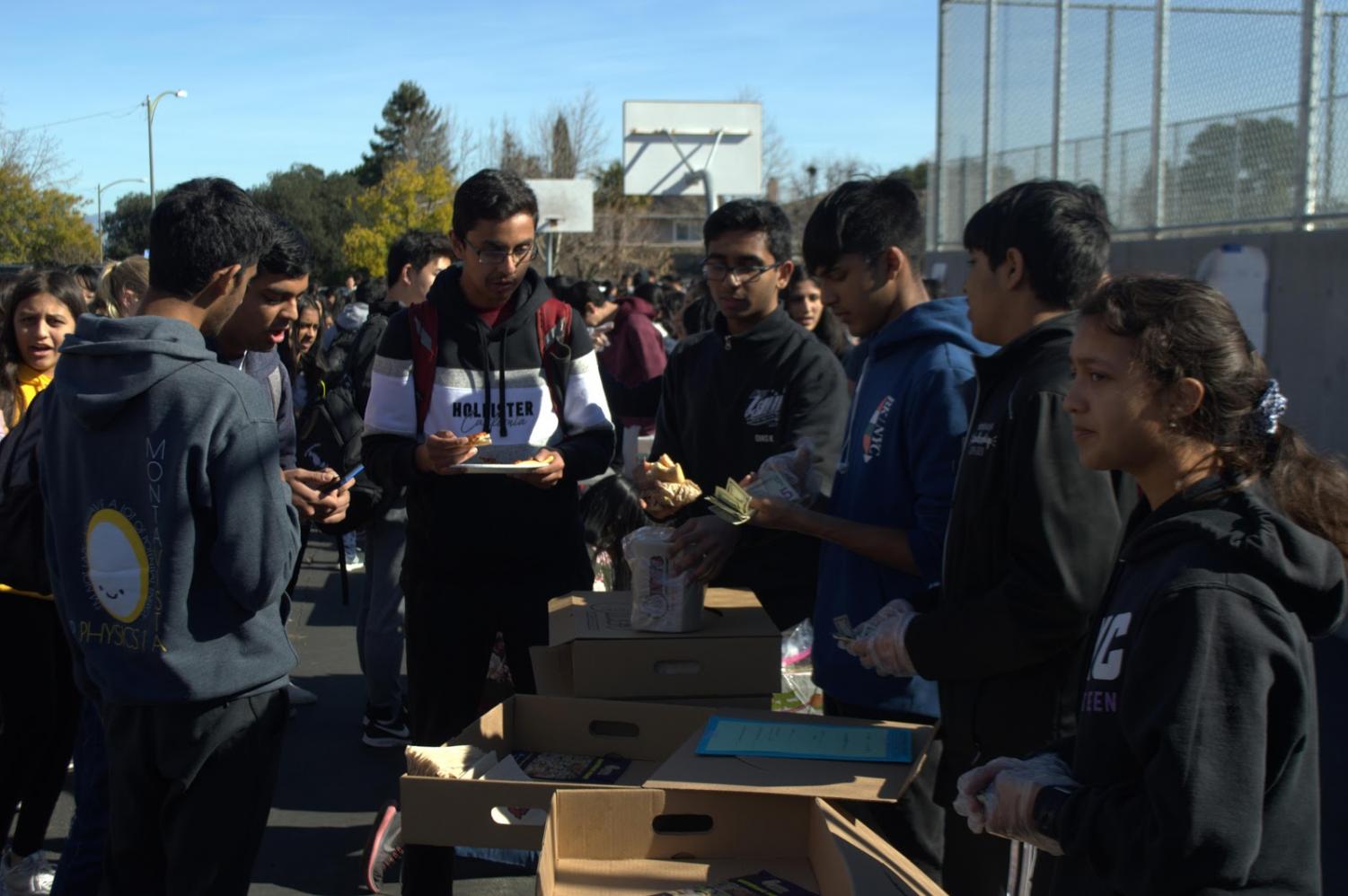 MVHS Microfinance sold Ike’s Sandwiches for $7 each. To officer Ojas Karnavat, Club Food Day is important because the event is one of the club’s main sources of income. “Overall, I think [Club Food Day] is a great opportunity for clubs to raise food, obviously, but I also think beyond just clubs making money, [Club Food Day] creates a culture of everyone coming together here supporting our clubs,” Karnavat said. 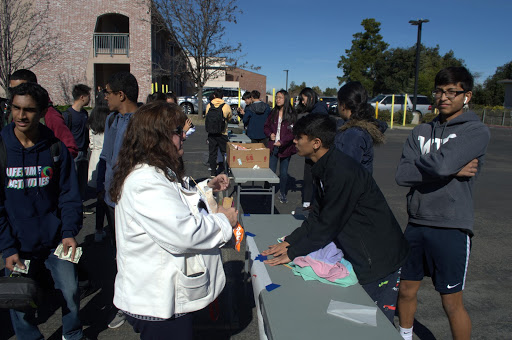 Octagon Club, a club that does volunteering in the community, served In N’ Out Burgers for $5 a burger. Due to the high demand of the burgers, Octagon sold out within the first half of lunch. 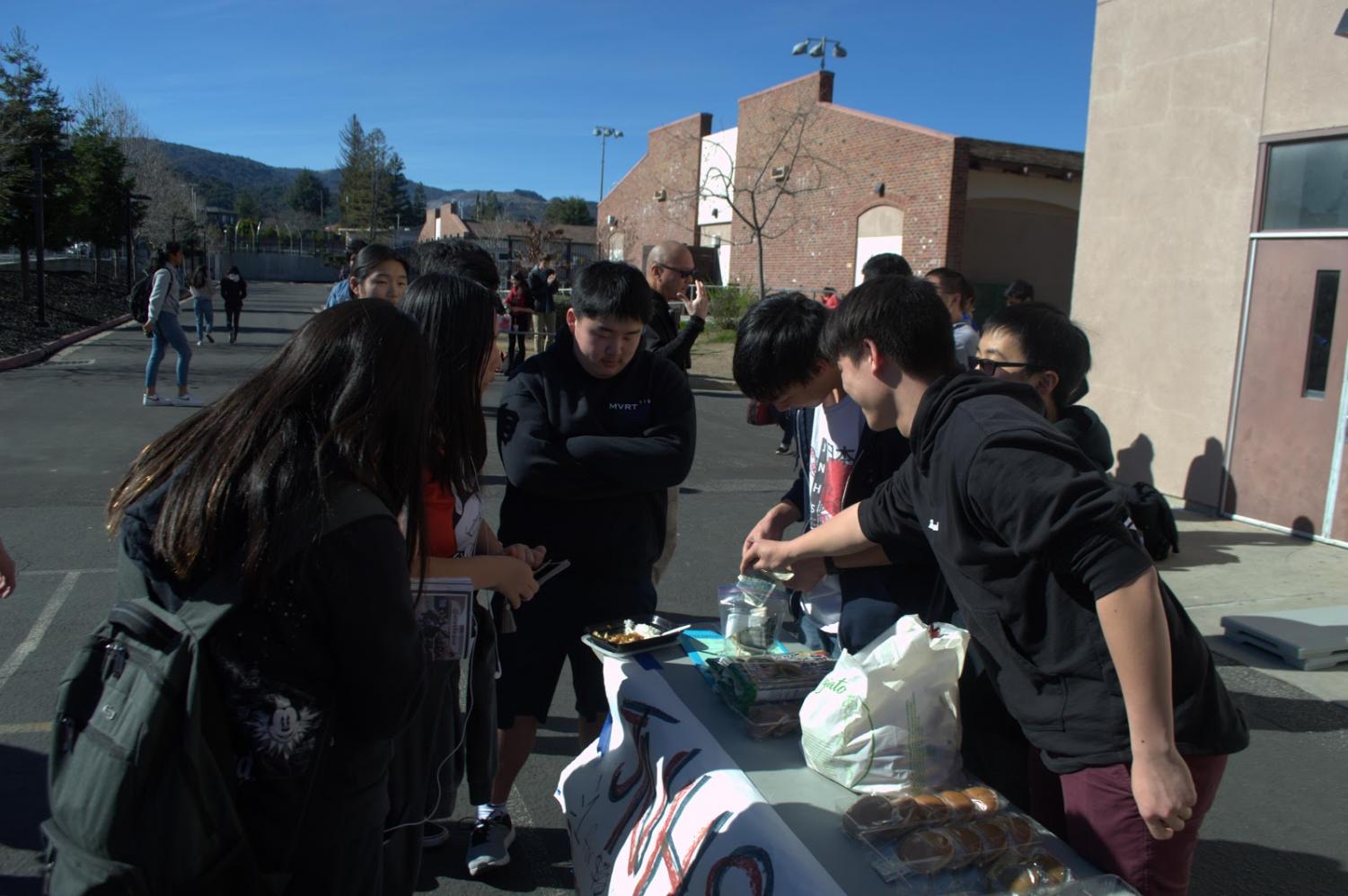 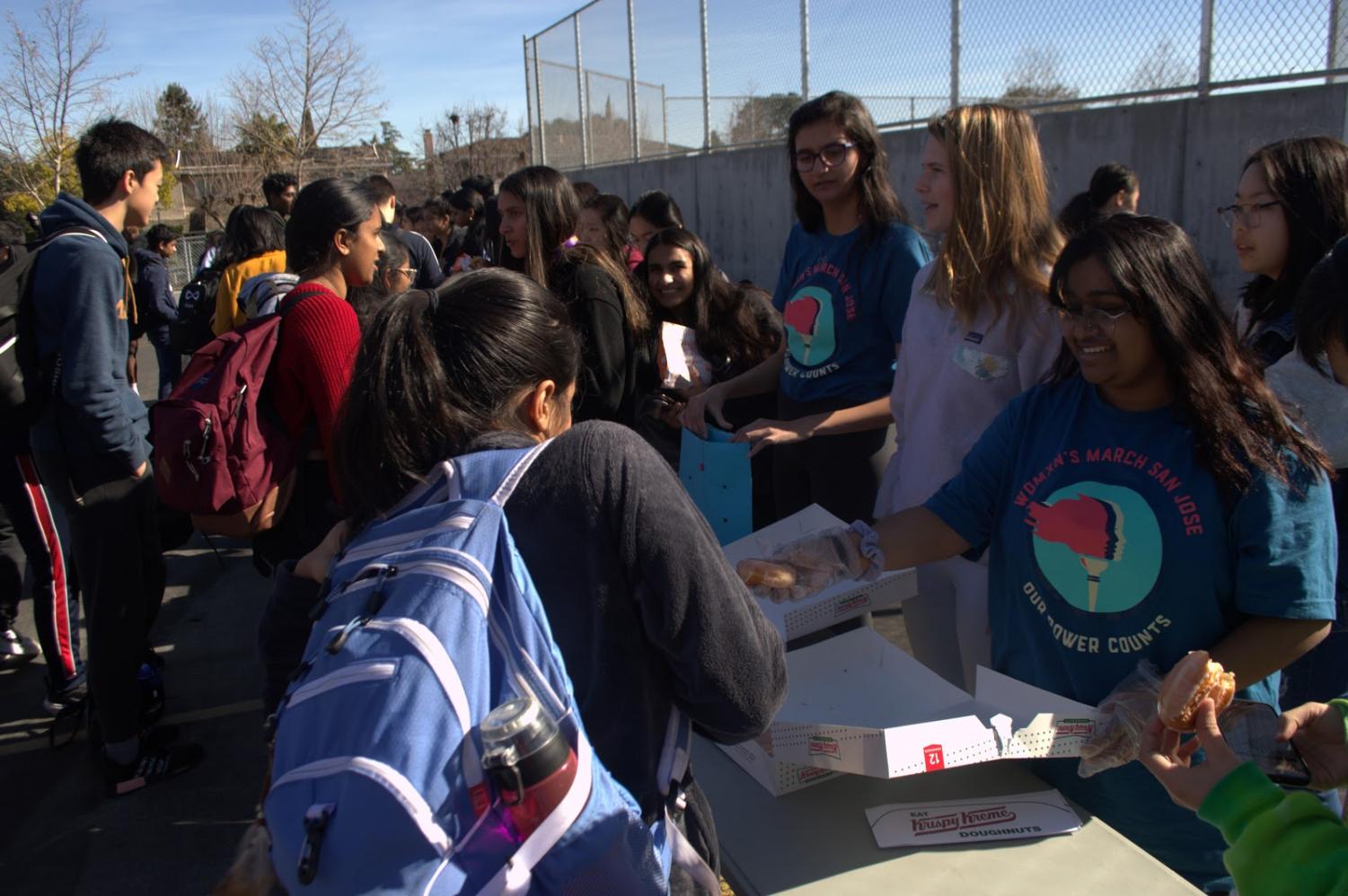 Girls Empowerment Project (GEP), a club that inspires girls to become leaders and advocates in society served Krispy Kreme donuts for $2 a donut.