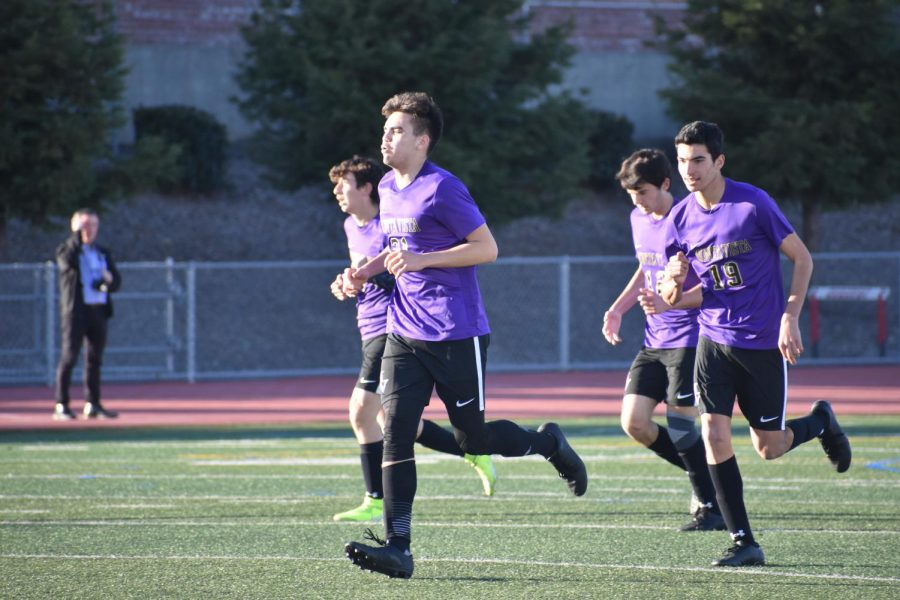 After a hard loss against Lynbrook HS with a final score of 2-1 last week, the Matadors bounced back with four goals and a shutout against Saratoga HS. This put their record at 4-3-1, taking MVHS one step closer to achieving its goal of reaching Central Coast Section (CCS).

From the kick off it was apparent that the Matadors seemed to be in control for a majority of the game, consistently maintaining possession on the SHS side of the field. Despite looking strong and also scoring a goal in the first 20 minutes of the game, MVHS head coach Todd Kimble had some criticism for the team during its early play.

“We started to try to be a hero and everybody wanted to win the game by themselves, which is an old habit of ours that I’m trying to get rid of.” Kimble said, “I think we didn’t take advantage of opportunities, this game could have easily been double that many goals.”

The first half of the game ended with the score of 2-0, with senior Noah Rizk scoring both goals off of assists by junior Zyad Khater and senior Chris Moon. After halftime, the Matadors continued to push the ball with better team play — Khater even believes that the teamwork they showed in the second half can potentially bring them to the CCS playoffs this year.

“In the second half, we realized that there’s no way we’re going to destroy the other team if we’re just playing by ourselves and trying to do everything.” Khater said, “So we understood that if we want to win the game and to try to make CCS, we have to play as a team.”

The Matadors continued to dominate as they scored two more goals with sophomores Edin Kraja and Michail Tzankov both scoring goals off of assists by sophomore Ben Richardson, ending the match 4-0.

After today’s win, Kimble believes the team has the potential to make it to CCS finals and even NorCal as long as they have the right mentality. He knows the team has the talent but wants the players to take a more aggressive stance. As well, Kimble wants the team to recognize that the Matadors must play like a team to win.

“What I’ve been telling the boys all along is I’m not sure we have the mentality,” Kimble said. “And we, like you saw in the first half, we started to play not to lose, instead of playing to win. What we have to have is the belief and that’s what I’ve been working on all year… We’re a family and we need to make sure that you know, if you give the ball away, you’ll get it back.”