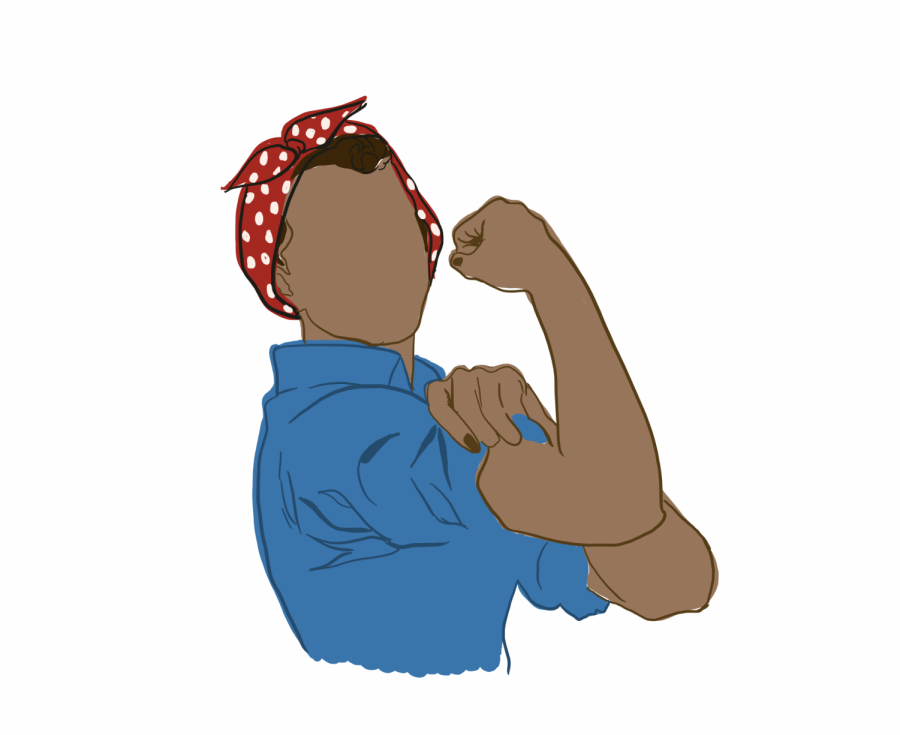 Being Brave: This monthly column explores bravery and this month's topic is facing my fear of contradicting others and speaking with authority.

The first time I read that quote, I smiled. I’ve never been good at hiding my emotions, and reading that as a 7 year old made me feel so empowered, I couldn’t help but grin. I told myself that I would always be a “nasty woman,” a leader who was never afraid to push boundaries and stand up for herself.

But somewhere between then and now, I realized that being a nasty woman comes with its own set of consequences. You want to push boundaries? Be prepared to be told to shut up. You want to be a leader? Don’t be surprised when you get feedback for being too pushy and controlling. You want to be a nasty woman? Make sure you’re ready for people to call you out on it.

I was always proud of being a loud person. I’ve never been afraid to voice my opinions or speak in front of the class. I have a big mouth and a bigger personality, and I always liked the idea that I came across as strong. But as I grew older, I realized that there are both benefits and disadvantages to being loud, especially as a girl.

When my classmates first started calling me bossy, I ignored it. I told myself that it was just them who thought of me that way, and that I shouldn’t worry about it. However, as more and more people started telling me that my voice is too loud, I realized that perhaps the way I conducted myself was the issue.

My first response was to just shut down. I tried to stop speaking in class almost entirely for weeks at a time in middle school, and I would reprimand myself if I felt I spoke too much during a discussion. But I’m loud by nature, and not speaking was simply not sustainable for me. I had ideas and I wanted to share them, but I continued to be paranoid that people would think I was too aggressive.

I started speaking and voicing my opinion again, but every time I spoke, I followed it up with “but I could be wrong.” Every text I sent that exposed a view of mine was accompanied with a “but idk.” It was easier this way; I could say what I wanted, but I didn’t have to come across as bossy or bold.

I think that the biggest change I made, however, was that I stopped arguing with people almost entirely — even when I was confronted with a plethora of offensive jokes. Despite telling myself that I would never stand for the kind of humor that puts people down, I never said anything. I was terrified that if I said something people would start calling me stuck up, so I stopped standing up for my values entirely.

But this month, I decided I was done with that. I decided that if someone said something offensive around me, I was going to speak up. I’ve always been concerned with what people say about me, and I often find myself valuing others’ opinions of me above my own view of myself.

To begin, I stopped following up my texts with “but idk.” I don’t say “but that’s just my opinion” everytime I raise my hand. And if someone says something that I think is inherently wrong, I tell them, whether or not I think they’ll find it annoying.

The first two steps were just a matter of breaking a habit. But telling my friends not to make offensive jokes was much more frightening. I didn’t want them to start saying I couldn’t take a joke, or that I was annoying or worse.

Honestly, I doubt they even noticed that I started telling them not to make offensive jokes. I know that people make jokes and say provocative things because it makes them laugh, and I’m as much of a culprit of that as the next person. And I want to make it clear that I am not trying to complain about being a girl or about the jokes that people make. I’m not. People are entitled to say what they want, think what they want and laugh about what they want. The important thing is: so am I. I have values and I want to be brave enough to stand by those values, even when I know that doing so will contradict what someone is saying.

I’ve learned a lot over the past couple of years. I know that I have a tendency to get caught up in my own ideas and that I don’t always give others a chance to speak. I know that even when people make racist or sexist jokes, they often don’t believe in the kind of values that those jokes are promoting. And I’ve learned that being a “nasty woman” doesn’t mean raising your voice the loudest and forcing people to listen to you.

But I’ve also learned that if you believe something, you have to stand by that belief. I fundamentally believe that a girl can do anything a boy can do. I believe that every person in this country is entitled to be treated equally. And I believe that I do not need to silence my beliefs just because others might disagree with me, no matter what.

Because you know how the saying goes.

And I’m trying to make some history.