Billionaires should be more mindful 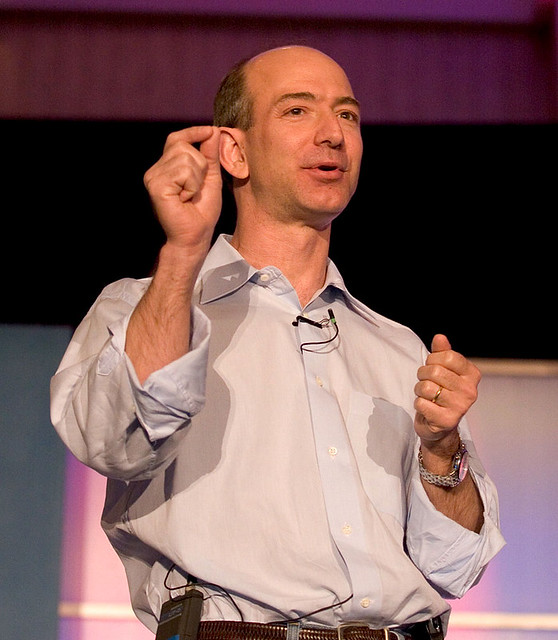 From the Democratic debates to Twitter arguments, billionaires have been at the center of the public eye in recent months. The Forbes 400, a list of the richest people in America, sparked outrage because of the sheer amount of billionaires, no, multi- billionaires, that plague the list— and it’s more than just a matter of jealousy. The richest 400 of this country all have salaries above a billion dollars, with the lowest salary being an astounding 2.1 billion dollars. Two hundred and twenty one billionaires didn’t make the cut.

Many of the 400 individuals have worked hard to get where they are. In fact, they are the very definition of the American dream; they are portrayed as hardworking individuals who have pulled themselves up by their bootstraps, sacrificed time and energy to produce something that eventually launched them into wealth and fame.

Money is a universal desire shared by all members of society, from those living below the poverty line to those who have enough money to end certain global issues on their own.  It seems as though there’s never enough money for us to fulfill our satisfactions and wants. The American dream values success, and, well, success just means more money, right? 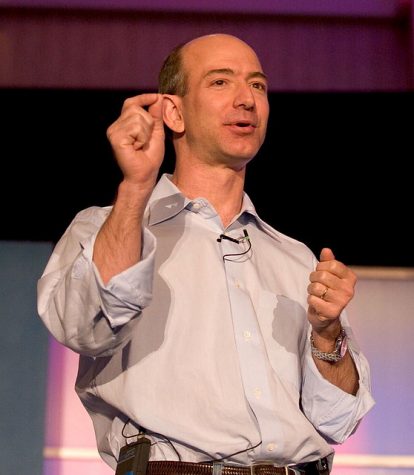 Jeff Bezos is the CEO of Amazon, founder of space exploration company, Blue Origin and owner of the Washington Post. He is the richest person in modern history. Photo used with the permission of James Duncan Davidson.

Jeff Bezos, the CEO of Amazon, he has a net worth of $110 billion, as of Oct. 2019, making him the richest person in modern history. But it’s no doubt that Bezos was privileged before the start of his company; his parents gave him $245,000 in 1995. And it seems like we are just glorifying another rich, straight, white man and his story of success which has stemmed from the privilege granted by his race, gender, sexual orientation and social class.

You’d think that someone who makes so much money would invest in adequate working conditions and salaries for his employees — but it is the very opposite. In fact, Amazon workers frequently host strikes to protest the “dehumanizing reality of their workplace.” Former Amazon employee Emily Guendelsberger described the mental and physical stress constantly exerted on her and other laborers to Time magazine, as they are expected to work with the productivity standards of robots. Employees also had devices that tracked their “off-time” and in an 11.5 hour work day, they were only given 18 minutes to use the restroom, drink water or take a break.

Bezos’ life of luxury seems absurd to the lives of his workers, which is bounded by poor working conditions, minimum wage salaries and mistreatment. According to Business Insider, he makes $160,000 every minute, while Bezos’ minimum wage workers would have to work at least five years to scrape together that amount. Oxfam, a confederation of charitable organizations, reports that 26 of the world’s richest individuals have the same combined net worth as 3.6 billion of the world’s poorest. But America’s capitalist roots are designed to praise and applaud individuals like Bezos, while at the same time, turn a blind eye to the low income workers who have to live on food stamps and a minimum wage income.

The country’s classist nature is evident in the school lunches that are thrown out over debts owed to schools and the price of healthcare. It costs approximately three dollars to make Insulin, while it is being sold for $300 and more. Our society is structured to accommodate for the wealthy and by doing so, actively discriminates against the poor.

The recent Australian fires have caused controversy amongst celebrities who donated. Celebrities and entrepreneurs alike have been thrusted into the limelight for not donating as much as they’re salaries allow them to, and for good reason. Why can’t they donate for a cause that ultimately saves the lives of thousands of people and animals?

Bezos’ hefty donation of $690,000 has been criticized by many simply because it makes up minutes of his day. That’s the equivalent of a minimum wage worker donating a dollar or two. Kylie Jenner, Forbes’ youngest “self made” billionaire donated a million dollars, after receiving much criticism by the internet for posting about her Louis Vuitton mink fur shoes instead of information about relief efforts. A sex worker on Twitter, who is not a billionaire, has raised approximately a million dollars sending her nudes in exhange for proof of donations.

While any donation counts, why can’t the rich donate more? For people who have so much power and influence, donating shouldn’t have to be done after prompting by the internet. And as for Bezos, his donation barely affects his salary or his wealth. In fact, he has the power to end world hunger, homelessness in America and Flint’s water crisis— all while remaining a billionaire.

The expectation that billionaires should contribute to the good of society only when a crisis rises — like the burning of Notre Dame or Australia — allows them to get away with their greed to hoard millions of dollars. These billionaires should be donating on a regular basis and actually put their money to improve the world they live in, instead of waiting for the next wildfire and thousands of angry Instagram comments to part with a couple of thousand dollars. 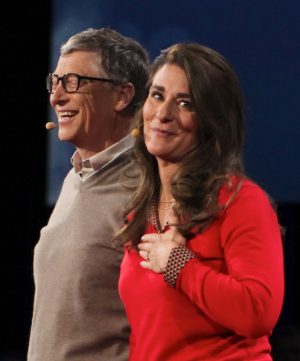 Bill Gates, CEO of Microsoft, and his wife, Melinda Gates, run the Gates foundation that helps the underprivileged in third world countries. The foundation has donated more than $30 billion for global health causes, according to Vox. Photo used with the permission of Steve Jurvetson

It’s infuriating to think that there seems to be the expectation that a high schooler with a minimum wage job is expected to regularly donate to charities, avoid drinking from plastic straws and avoid eating rice to save the planet and our moral well being. Why should we have to be careful and conscious about our every action when billionaires and their companies contribute so much more to the demise of our world than we know of? We are fooled into thinking that our actions are the primary cause for climate change and other problems while billionaires prance around in their lavish mansions, emitting more carbon emissions than we can imagine with just a tap of their finger.

There is no reason for an individual to possess so much money. According to Charles Scwab, a million dollars is enough to live a comfortable life. Billionaires in America have paid less in taxes than the average blue collar worker because of the fact that they live in a society that forgives the ultra, super rich.

However, not all hope is lost. Famed billionaires like Bill Gates and Warren Buffet have donated billions since their acquisition of wealth. Buffet, the third richest person in the world, has pledged to donate 99% of his $90 billion wealth to charities and philanthropic foundations by the time of his death. Gates and Buffet’s combined efforts have saved the lives of over a 100 million people.

If you have the power to change something and make the world a better place, why don’t you?