Despite placing third in spikeball and tug-of-war, the seniors manage to claim second place 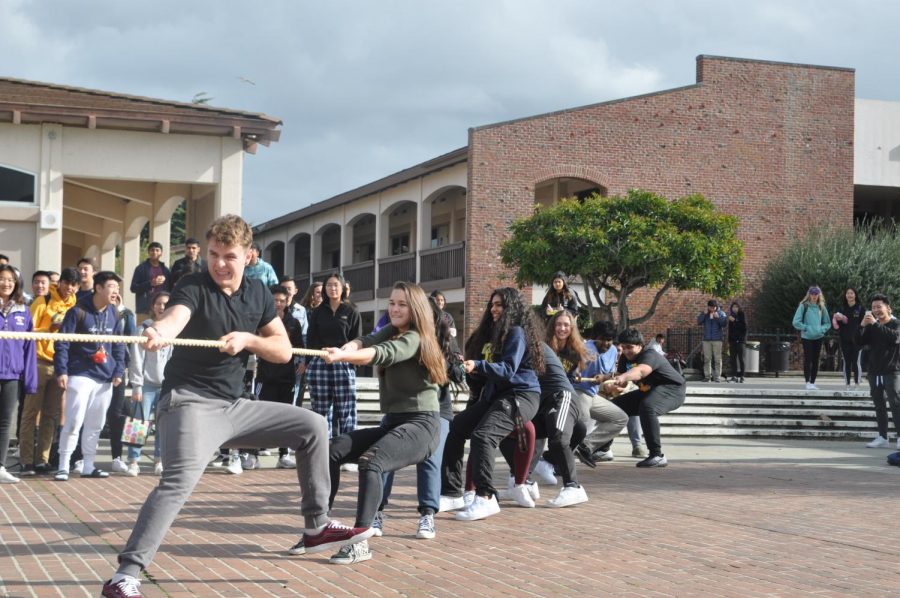 A group of 10 seniors begin to pull the rope against their first round match-up against the sophomores.

rom Jan. 13-17, Leadership hosted the school’s first Class Royale, a week-long event inspired by Homestead HS’s traditions: Clash of the Classes. The event aimed to bring the classes together with competitive and fun games that could be enjoyed by participants and spectators alike. According to the commissioner of Bull Spirit and senior Neha Balusu, Leadership decided to host the event in January because of the lack of social activities occurring during the month.

Balusu was surprised by the weak turnout but hopes that the event can become an MVHS tradition. While the Class of 2020 won second place overall, it struggled throughout the week by placing third in the tug-of-war and Spikeball events and by winning first in dodgeball only after the class they lost to was disqualified.
Day 1: Spikeball
Day 2: Tug-of-war
Day 3 and 4: Dodgeball (Semifinal and Final)