How being a twin has shaped my character 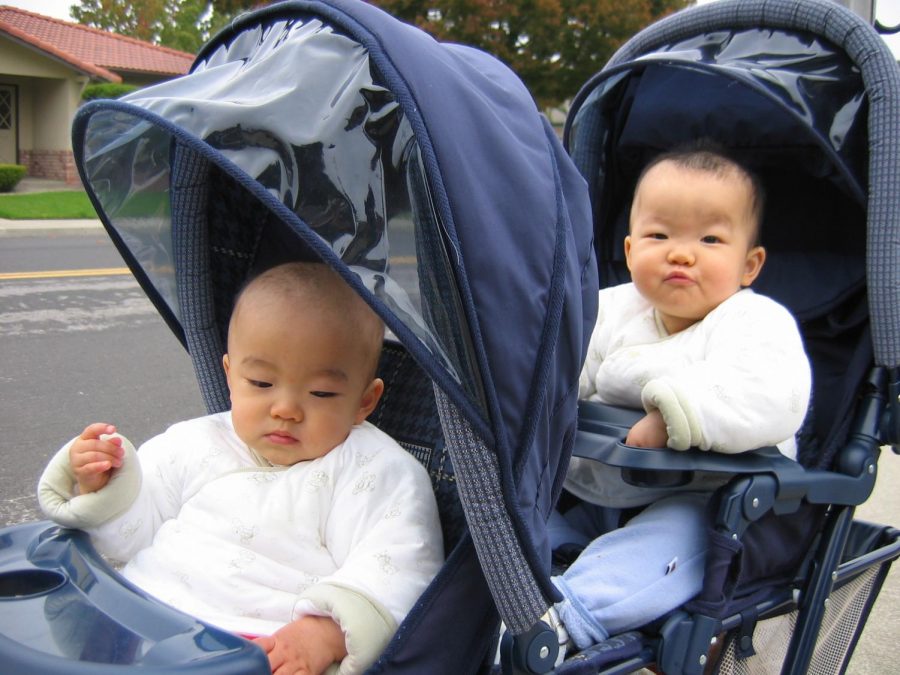 My sister and I, age 2, sit in a double stroller. We were often dressed in similar clothing when younger.

aving a twin sister was a defining trait about myself growing up. Many people recognized me through my sister, and it was one of those fun facts I would write down and proudly announce to the class on the first day of school.

When we were little, we would do everything together — we had the same interests, took the same classes and attended the same summer camps. I am closer to my sister than I could ever be with my parents or friends because of the time we spent together both at home and at school. We have played percussion together for 10 years, performed in the same ensembles, both outside of and in school, and have taken private lessons from the same teachers. I refused to try new things unless I was certain my sister would accompany me, and my confidence stemmed from the knowledge of a familiar presence constantly near me, no matter how foreign the environment.

We are also the ones who understand each other the best. We confided in each other what we couldn’t tell our friends and shared secret messages behind our parents’ backs. We knew each other’s imperfections, and, as a result, were able to discuss our insecurities and opinions without fear of judgement.

In the six years my sister and I have played volleyball, we have always been on the same team. And while this meant we always knew there would be someone to support us no matter the circumstance, there were also moments when we ended up hurting each other emotionally. 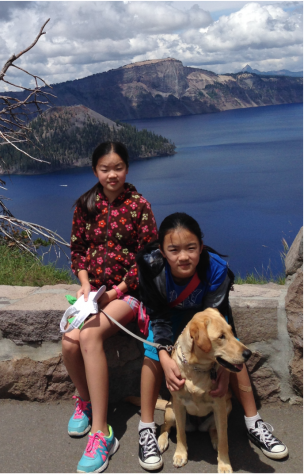 My sister and I during a family vacation the summer after fifth grade, where we traveled to a number of national parks, including Crater Lake National Park.

Our coaches and teammates expected us to have the best chemistry due to the abundance of opportunities we had to practice together. Yet despite how this was often the case, there were also many times when we struggled to work together, as seen when we would practice with each other and end up going home because of a petty argument. Although the argument was soon forgotten by the time we actually arrived home, it was too late to go back and continue where we had left off. This was in part due to how our familiarity made it easy to vent our frustrations out on one another and to have no reservations when criticizing each other.

The competition between the two of us, although unspoken, was perhaps greater than any pressure we received from our parents or teachers. Because we were given the same opportunities and resources, I believed that it was no one’s fault but mine if I failed to measure up. Although our parents refrained from comparing us, I soon realized that the slightest shortcoming I had in comparison to my sister would be amplified. As a result, the fear of “losing” to my sister was what kept me going when I wanted to quit. I can’t count the number of times I thought about giving up percussion or volleyball, but continued because I didn’t want to be worse than her in any way.

Unfortunately, this also meant that I had developed a dependency on our relationship, a fact that became more apparent as we grew older and started to develop different goals, such as her interest in computer science and my choice to pursue journalism. Although I was initially eager to prove my individuality, I soon realized that it would be harder than I thought. Without my sister by my side, I lost a part of myself and felt unsure of every action. While before I had relied on my sister to confirm my every doubt, I was now forced to turn to strangers for advice, and in turn expose myself to their judgement.

Increasingly desperate to distance myself from my sister in an attempt to find my own identity, yet unwilling to give up my commitments such as percussion and volleyball, I turned to trivial qualities to separate the two of us. I became agitated when we stepped out of our rooms wearing the same clothes, or when we had remotely similar ideas for a project. However, these meaningless struggles only upset me further.

However, as I reflected back onto my actions, I soon realized that my sister would always be a part of me. Our shared experiences and expectations had built too powerful a connection to be broken. In order to discover who I was, I needed to embrace our relationship, both the good and the bad, while also developing the attributes that differentiated me from her.

My sister is a confidant competitor, friend and role model. She has been my motivation and inspiration, but also a source of my jealousy and insecurity. We have our respective moments of triumph and disappointment, as well as instances where we can bond and where we are divided. While my literal lifelong relationship with my sister has an extensive impact on my life, it is not the only thing that defines me.