Skateboarding’s debut as a sport in the Tokyo 2020 Olympics 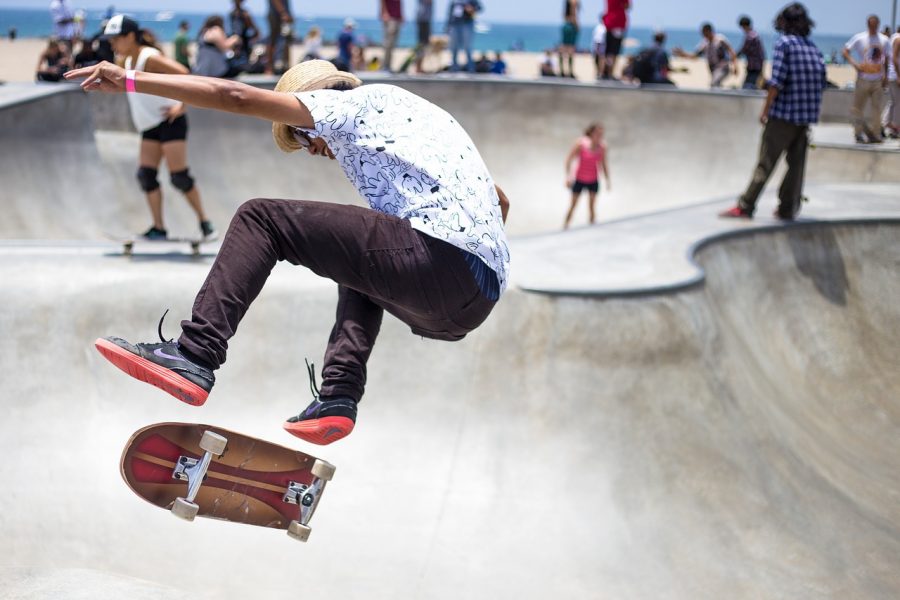 An example of what a park-like skateboarding course looks like, which resembles one of the courses skaters can perform on in the Olympics. Photo courtesy of fancycrave1

At the end of the Rio de Janeiro 2016 Olympics, the International Olympics Committee (IOC) unanimously voted to make skateboarding an Olympic sport that will debut in the Tokyo 2020 Olympics. The event will be held at the city’s Ariake Urban Sports Park and consists of two courses that 80 skaters participate in (20 women and 20 men for each): street and park.

Street skateboarding consists of stairs, slopes, handrails, curbs, benches and walls that are meant to resemble a typical street, and competitors can choose which sections of the course they would like to utilize. For park skateboarding, skaters will compete in a hollowed-out course comprised of complicated twists and curves. The sides of the course are steep, with some parts being almost vertical, and skaters can utilize a kicker ramp to gain momentum and height. 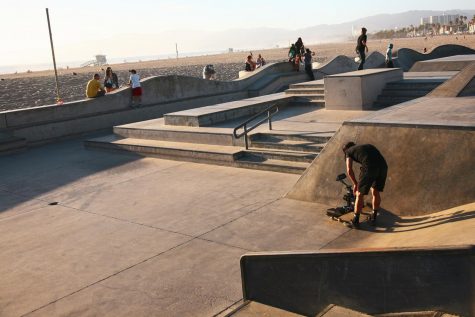 An example of what a street-like skateboarding course looks like, which resembles one of the courses skaters can perform on during the Olympics. Photo courtesy of Tom Jackson

Skaters perform individually in each course and are judged on the difficulty and originality of their tricks, how high they jump and their speed and how well they carry out their routine. Each competitor has three timed runs they can perform to get their best score and they have the option to listen to music as they compete, which could impact their performance positively.

Senior Christian Dulay, who has been recreationally skating since seventh grade as a pastime and for transportation, believes that making skateboarding an Olympic sport will give it a more positive reputation as something more than “a dangerous [pastime]” and will also encourage more people who are unfamiliar with it to try it.

“I think the skateboarding community will definitely appreciate the recognition,” Dulay said. “Last [time] I checked, there [were] a lot more track and field-type events and swimming [in the Olympics] so some people may not see skateboarding as on par with other events in the Olympics.” 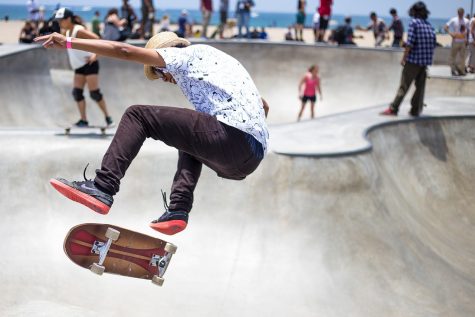 An example of what a park-like skateboarding course looks like, which resembles one of the courses skaters can perform on in the Olympics. Photo courtesy of fancycrave1

Senior Khang Pham has been skating since sixth grade, both recreationally and for transportation like Dulay. He believes that while it may bring some criticism, since skateboarding is practiced globally, it will bring many countries together as an Olympic sport and will also influence the addition of other, less popular sports to the sporting event. Pham explains how it is a difficult sport and making it a part of the Olympics will help people recognize that.

“Sometimes, when I skate with my friends, I try to learn some tricks, you know, [and] it’s really hard to do,” Pham said. “I think it will bring to light [to] how skateboarding is a lot harder [than people think]. I think it’ll bring a lot more respect and a lot more attention to the sport itself.”

Pham believes that because the sport originated in the U.S., American skateboarders will be most prideful.

Since skateboarding has not been seen in the Olympics yet, junior Grace Chen, who started to skateboard for transportation three months ago, believes the impact of its addition to the sporting event is minimal as of now but says that it could encourage people to practice the sport professionally.

“I heard a lot of interesting [viewpoints] like there are people who think it’s good, they say it gets more exposure [for the sport], and then there are people who are saying it’s totally not within the whole culture of [skateboarding] and [that] it’s kind of weird,” Chen said. “For me, I’m not sure, I guess I don’t see anything wrong with it. I’m not sure if it’s permanent, I heard that it’s kind of more temporary, but I think it’s an interesting take on seeing how it goes.”

While Chen believes that skateboarding will last in the Olympics because she equates it to figure skating, where she describes how it is “guarded as for fun” but competitor’s abilities are measured, Dulay does not think it will be permanent since he believes people tend to “come in and out of skateboarding.”

“It’ll last a little bit, but I don’t expect it to last for forever, because skateboarding is one of those things that the longer you do it, the more you can’t really get better at it,” Dulay said. “Like the tricks, you can only go so far before you seriously injure yourself and so I think a lot of professional skaters know their limits and there might be new people that do new things but unless they have some crazy invention that makes skateboarding a lot more dangerous, I don’t see it continuing past that.”

Along with skateboarding, the IOC decided to add softball, baseball, karate, sport climbing and surfing to the Tokyo 2020 Olympics.