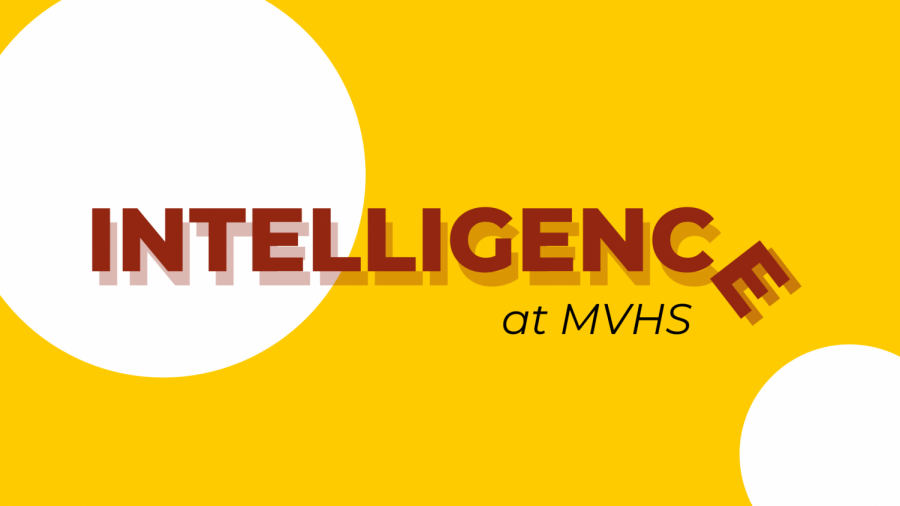 Out of the slew of adjectives that exist, the one that MVHS students seem to hold most dear is intelligence. And while this may give off an aura of ambition or hard work, in some cases, this obsession with intelligence can be somewhat sinister.

At MVHS, not only is intelligence overemphasized, but a very specific type of intelligence is prioritized — academic intelligence — which neglects the different types of intelligences that people are predisposed to, or eventually become suited to as they navigate life. In fact, according to a common framework developed in 1983 by American developmental psychologist Howard Gardener, there are 9 different types of intelligence preferences: naturalist (nature smart), musical (sound smart), logical-mathematical (number/reasoning smart), existential (life smart), interpersonal (people smart), bodily-kinesthetic (body smart), linguistic (word smart), intra-personal (self smart), and spatial (picture smart).

Obviously, no one exhibits just one type of intelligence — we are all inevitably a combination of most of these — but in the MVHS community, there is a persistent emphasis of the logical-mathematical and, to a lesser extent, linguistic. Neither of these are bad — in fact, they are undeniably important and beneficial in the real world. And with high school being a setting to explore academic interests and prepare for college, it makes sense that these are prominent and emphasized.

Yet the problem arises when these intelligences are prioritized at the expense of other types. Music and art classes exist at MVHS, but to the students who don’t take them, they seem little more than obsolete. Generally, students take electives based on what will align their prospective future careers; pushing themselves creatively doesn’t take precedence. Many students seem to know, or claim they know, what they want their future careers and lives to look like, but a couple of conversations with a few students will yield an understanding of what most of them are truly facing — an existential crisis. The community here also fosters a sense of independence and individualism, because of the heavy academic focus, which, after all, is a largely individual endeavor. But often, this comes at the price of not forming strong connections with others, therefore leading to a lack of meaningful relationships. And maybe the types of intelligences that the examples above allude to — musical, spatial, existential, interpersonal — are found to some extent, but more often than not, they are disregarded.

Almost all students at MVHS will agree that it is difficult to prioritize. Being at a school where most students overload on classes, rendering them in a position where it takes up a massive amount of time and energy, it’shard to find time to dedicate to these other types of intelligences. Yet it’s time we started being more aware of the intelligences we lack, and loosening the hyperfocus on intelligence that is derived solely from academics.

Because it’s great that we know calculus, but it would be even greater if we knew compassion.

And not only that, but people who don’t prefer logical-mathematical and linguistic — those don’t come naturally to everyone —  can feel more comfortable being who they are, because there are so many different ways to be in our world, and we need them all.

Despite our deficiencies, though, it’s never too late to learn, because as cheesy as it sounds, we are all lifelong learners. We need to first recognize where our strengths, weaknesses, and preferences lie in terms of intelligence, and then make attempts to integrate (not the calculus kind) the ones we are missing. These attempts don’t have to be challenging, and neither do they need to encompass all of these intelligences; just pay attention to the ones that you feel would be a good fit for you but have overlooked because of the overwhelming weight of school.

So maybe you can start by taking more frequent walks (naturalist), or journaling (intrapersonal), or making more visits to the gym (bodily-kinesthetic), or making more of an effort to hang out with your friends or making new ones (interpersonal) — the list goes on.

Intelligence is a valuable trait, but it’s time we gained a more nuanced and healthy idea of what intelligence really constitutes.