Numbing the Pain: Looking into the non-prescription pain medication use in student athletes 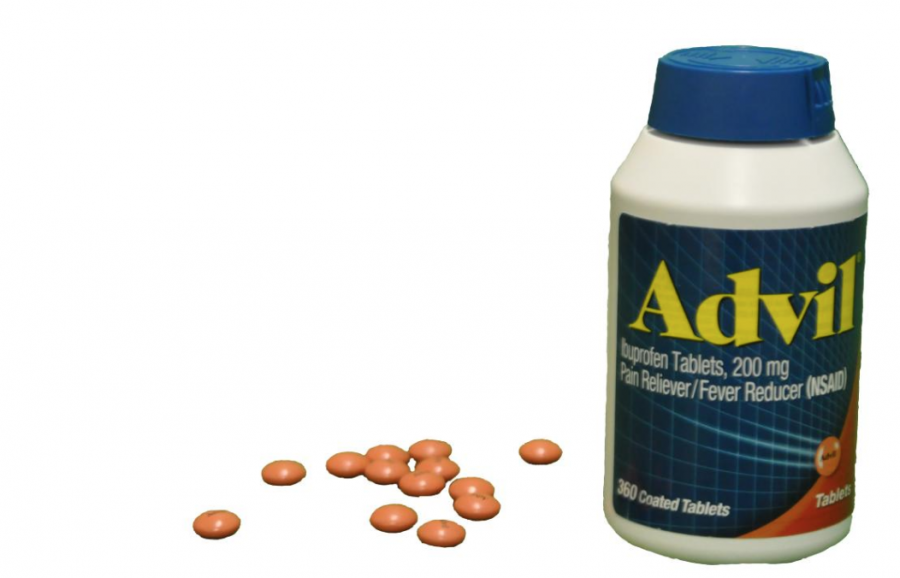 Junior and basketball player Andrew Chang received an elbow to the bicep, resulting in pain that would carry over to his game the next day. However, despite the pain, Chang was able to play with the help of Advil, a non-steroidal anti-inflammatory drug (NSAID).

“For practice, I don’t take Advil. But for a game, if something is really hurting I’ll take [an] Advil to stop [potential] pain,” Chang said. “But if I know it’s going to be a really physical game, bumping into guys and really physical, I’m probably going to take an Advil before the game so that collisions don’t hurt as much. It’s still going to hurt, just not as much.”

Like Chang, sophomore dancer Shivani Verma also takes Advil but instead, for headaches she gets.

“I get headaches kind of often. I’m just prone to [headaches],” said Verma. “So then I use Advil because I’m tired and I don’t want to deal with it. And so I just take Advil so it won’t be difficult to go to practice and I won’t [feel] like dying.”

According to the National Center for Biotechnology Information, 75% of high school athletes report having used some type of NSAID in the past three months. For Chang, he uses Advil when he needs to to play through injuries.

“If I know it’s going to be a really physical game, I’m probably going to take an Advil before the game so that collisions don’t hurt as much,” Chang said.

“I don’t really think [pain medication] helps me that much,” said Nguyen.  “I’m sure [that pain medication works] for some people, but [from] my experience, it doesn’t really help that much.”

David Kaufman, a doctor of epidemiology at Boston University, has done extensive research on NSAIDs. Kaufman explains how NSAIDs are being used more than acetaminophens, a different type of pain reliever that is found in Tylenol, especially in regards to different athletic injuries.

“NSAIDs are drugs that are more commonly [used] because frequently these injuries involve inflammation — acetaminophens doesn’t do anything for inflammation,” Kaufman said. “So typically ibuprofen will be what people take, and initially probably what a doctor would prescribe for an athletic injury.”

Kaufman believes that taking these over-the-counter drugs is perfectly acceptable as long as the usage is warranted and safe.

“If you take it over-the-counter [pain medication] and you don’t take more than [what] is recommended, then it’s pretty safe,” Kaufman said. “[But taking] much higher doses [can lead to] liver damage. It’s more of a risk in older people than younger people. But I wouldn’t personally shy away from taking those drugs… if I had a sprain.”

Even though Verma doesn’t know the exact dosage of Advil, she understands that they must be taken in moderation. She does this by limiting herself to just one pill every now and then when the severe headaches develop.

“I’m not going to take a lot of [Advil pills],” Verma said. “If I [took Advil] yesterday, then [I] probably [won’t take one too soon afterwards].”

Despite seeing no harm in taking medication for injuries, Kaufman also states that people who initially take a higher dose are more likely to take too much in the future.

“The most prominent attitude leading to taking too much is this idea that I can decide on my own, how much to take, that the recommendations are in most or guidelines, I can make my own decision,” Kaufman said. “On the other hand, we found that people who had the attitude that they should start with the smaller with the  [lowest] possible dose, and only take more if that doesn’t work, those people are less likely to take too much.”

Nguyen also agrees adrenaline helps and for that reason, finds no reason to take a pain medication.  Instead, he relies on adrenaline to help his pain.

“I personally wouldn’t use [pain medication],” said Nguyen. “I don’t really find a need for it. I feel like every time I get some sort of pain or injury in a game, I usually ignore it [because of] adrenaline, so I don’t really feel the pain during the game.”

Chang regulates his use of the Advil by gauging the severity of the pain and deciding whether or not he can play through it.  He also sees adrenaline as a factor, but he believes pain medication can be useful before adrenaline kicks in.

“[It’s hard] to play through the pain because you have to wait for adrenaline and you don’t really feel anything when there is adrenaline going,” Chang said. “If it’s really hurting, you don’t want to wait. You don’t want to have to [go] through severe pain before the adrenaline starts working. If it’s minor it’s a little bit of numbness that goes through my toes, I’m fine with that. I can play through it and it will eventually [go away].”

Kaufman encourages everyone to always follow the instructions on the containers of medication for safety.

“Follow the label, read the label and don’t take more than what’s suggested on the label,” Kaufman said. “The labeling instructions are there for a reason. I think that that’s a good place to start.”