Bring Change to Mind: The founding and purpose 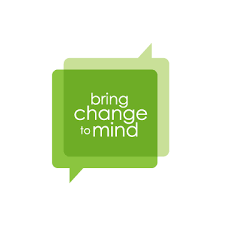 In 2010, award-winning actress Glenn Close launched the Bring Change to Mind (BC2M) club with her sister, Jessie Close, and nephew, Calen Pick, when they were diagnosed with mental, bipolar and schizoaffective disorders that can cause aggressive mood swings and hallucinations. According to the group’s collective impact report, they have sparked a national dialogue about mental health, establishing high school clubs across the nation through utilizing celebrity influence and media marketing.

BC2M’s regional program manager, Margaret Burton, believes that mental health is an issue because of its relevance in society.

“We all deal with mental health,” Burton said. ”It’s about finding the person who it does touch because people are affected by mental health. For some people, it is more personal, and for some [other] people, it is a little bit more of a distant thing.”

According to Burton, everyone has to manage their mental health, similar to how people struggle with physical health. Burton similarly tackled her mental health throughout her lifetime and believes that her narrative has impacted her life.

“I struggled with an eating disorder that started when I was really young,” Burton said. ”It really impacted my entire young adult life, and there [are] a few things that helped me get better …  [but] when I was a senior in high school, I actually volunteered for a program that was similar to BC2M. I don’t know where I would [be] without it.”

Although Burton fought with her mental health in her adolescence and adult life, she was able to change her perspective about such. Now, she feels privileged to be able to share her experience with mental health and continues to guide students through their mental health.

“It’s been really such a beautiful thing to get better, and then be able to give back and especially [to find] a program,” Burton said. “There’s so many aspects of [BC2M] that is similar to all of the things I had to personally pull together, like [a] piecemeal to help me. It’s really amazing to see [it] all under one roof.”

On a national scale, there are multiple ways BC2M manages to make an influence to drive the discussion around mental health forward —  conferences for graduate students, national public service announcements and support for high school clubs.

The MVHS BC2M chapter aims to create an open dialogue about mental health at MVHS through various social activities, summits, and support for students. BC2M officer of school relations and sophomore Aishwariya Manoj attended the 2018 BC2M Summit in San Francisco. The summit is hosted annually by the parent organization, BC2M, to bring together high school clubs from around the state, and discuss mental health, and the stigma surrounding it.

“It was so cool to see so many high schoolers being excited about mental health,” Manoj said. “Sometimes, it can feel like there aren’t really people who are on your side, but when you go to this club and you see how many people actually care about their peers, how other people are really feeling and how they’re doing. It’s really nice and uplifting because you see how many people want to make the world a better place.”

While Manoj is currently an officer, she joined the club as a freshman because of her personal, familial and past encounters with mental health.

“[BC2M] said that it was a mental health club, and that caught my eye because a lot of people in my family suffer from mental health issues, and I know that I’ve had my own struggle with mental health in the past as well,” Manoj said.

Manoj believes that MVHS BC2M can help reduce stress for students regarding academic pressure and help improve mental health. According to Manoj, when students are stressed, it’s harder for students to share how they feel about their mental state and wellbeing.

“It’s already hard for people to open up about these issues because of all the stigma, and so if the school isn’t a safe place [and] people feel like they can’t share that and they bottle [their emotions] up, then that increases their stress,” Manoj said.

BC2M attempts to reduce stress by giving opportunities to discuss mental health for all students at MVHS. Senior Forrest Leung, who attended MVHS BC2M’S first meeting of the year, is one of these students. He discussed the need for the club on the MVHS campus, stating that there is a “lot” of competition and stress on campus. He views the relationship between competition and friendliness as a key to understanding student’s stress.

“[Competition] is just ingrained in our study habits and lifestyle,” Leung said. “Once you’re at school, everyone here is kind of your competition, but you’re also friends with a lot of people, so it’s an interesting relationship.”

The specific problem of competition is unique in some ways to MVHS, so on a national level, Burton and BC2M can not do much to make an impact. That is why these organizations work through schools and individual high school clubs, according to Burton.

“We’re hoping that through the BC2M clubs, we can create this generational shift where students are the ones who are talking about these issues and it is becoming very normal for them,” Burton said.

Burton took the job of regional manager for BC2M because she felt it connected with her purpose. Now for Burton, working with high school students is extremely rewarding, for her and the BC2M staff.

“We get to go into classrooms and see what the clubs are doing and meet the students and just see these amazing things that they’re doing,” Burton said. “I feel most impacted when I get to have face-to-face interaction with my students.”