hen she lived in China, Chinese teacher Zoey Liu was recruited by her local swim team as a first grader because she was much taller than kids her age. She trained for countless hours during her youth in hopes of making it to the national swim team. The training was brutal and her swim coach would not tolerate any excuse for rest.

“Whenever I felt scared, trying to take a break, I’d put my hand on the edge of the swimming pool,” Liu said. “And our coach [would] use slippers to smash our hand, so we [couldn’t] take a break.”

Her father would observe her performance and would become embarrassed at her perceived lack of perseverance. One day when practice was over, he told Liu that he wouldn’t take her home.

“He didn’t hit me that day; it was in the public,” Liu said. “But I think that counts as emotional abuse. He’d be like ‘No, I don’t want to take you home because you’re doing so bad. I’m so embarrassed by you.’”

Although circumstances like this weren’t frequent, they had a powerful impact on Liu’s emotional state. Over time, she actually began to develop a fear of deep water, constantly thinking about the sharks and alligators that could be lurking beneath her. At the time, however, Liu viewed this as normal because those around her faced the same punishments that she did.

“When I was a kid, I didn’t feel like I was being abused through this treatment because everybody was the same,” Liu said. “And I knew I was not the worst in the class. There were boys who [were] naughty and they definitely got more beatings than I did. So I thought, it’s all the same.”

In Liu’s childhood, every kid was treated similarly for misbehaving. However, junior Jatin Soni, who moved from India after fifth grade, believes that when correcting a child, one must heavily consider their personality as well as their age.

“Depending on a child, some people get disciplined really easily if you explain to them,” Soni said. “But if you try to take it too far, like hit them or be super down on them, it can really set them back and hurt them a lot. But with other people, they need a little bit harsher treatment in order for them to realize that something is bad or incorrect. So depending on that and also if they’re young [and make] a small mistake, it’s no big deal. But if they’re older and they’re stealing or plagiarizing or something bad like that, then there seems to be a harder discipline at that point.”

Soni, too, has had personal experience with physical discipline. When he was younger, Soni inadvertently broke his father’s laptop screen while trying to gain his father’s attention. 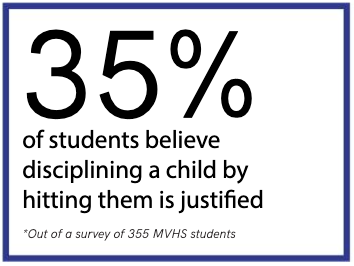 “In the moment in front of other people, he just got a little mad and hit me,” Soni said. “It was light, it wasn’t bad. Afterwards, a day or two later, he came back and apologized to me. So I was super afraid because of that. And I felt really bad about it. But then he came back and explained why [he] shouldn’t be doing that [and] it was all good.”

In the eyes of Soni, disciplining without explanation is not only ineffective but it can also damage a relationship. In that vein, therapist Larissa Pasut reflects that parenting in and of itself is difficult, as parents must cope with dealing with their own issues alongside making sure that their children are well. She warns parents of the dangers of not being able to remain calm in the face of their kids, and the detrimental impact it brings.

Although Pasut grew up in America and was exposed to a different culture from those in India or China, she understands and accepts that there are many different forms of discipline among different cultures, all of which are effective in varying ways.

“We have different worldviews and values,” Pasut said. “And I want to be clear, you know, I don’t think that one is better than the other. And I want to be very careful to say that it’s really about does the child feel safe and [do they] trust and respect authority figures — that matters to me. And that can be achieved in a few different ways.”

When it comes to Liu, instances of her father losing his temper have forever been imprinted in her memories. Recently, she has learned more about the permanent effect of parents losing their temper with their children. Despite this, however, she notes that striving for perfection in parenting is impossible. 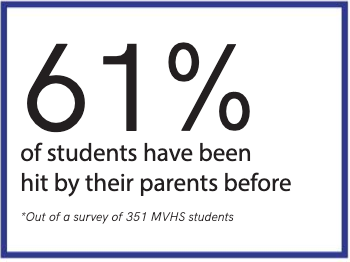 “That research I read is, you can never make up for that moment because in that moment the damage is done, but not saying that you have to be perfect, perfect parenting, and no yelling,” Liu said. “I think, in the end, if you love the kids, the kids would know and they will forgive you.”

Liu’s father was a scary figure for much of Liu’s childhood, but as Liu grew up she began to realize that her father’s efforts were ultimately for her own benefit. Even though there were times when their father-daughter relationship seemed rough, it came from a place of genuine care and love, according to Liu. In Pasut’s eyes, that is the most essential element to raising a child.

“It doesn’t matter what you do,” Pasut said. “There are many different ways of parenting, what matters is that what you’re leveraging is love and trust. And if you have love and trust, you have respect.”