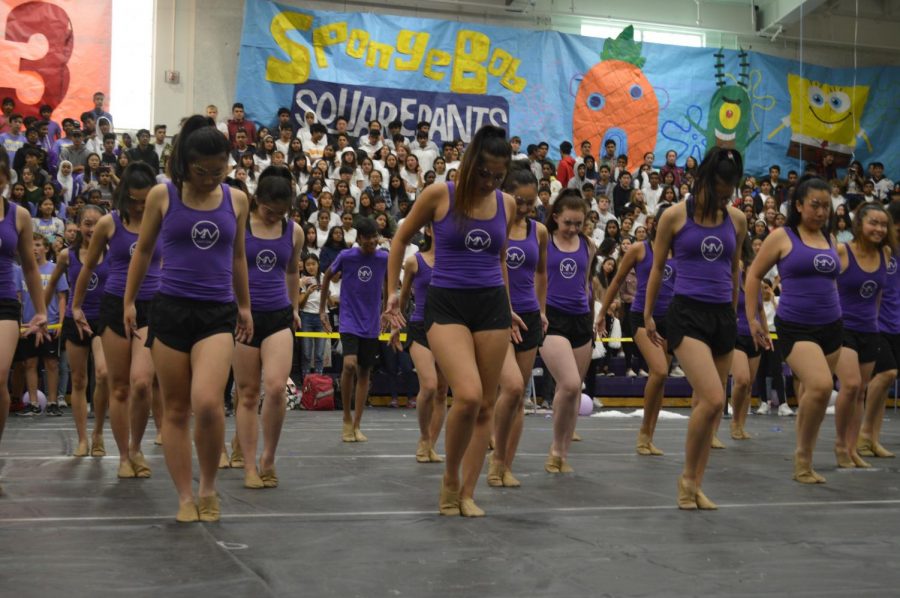 “I thought this Homecoming Rally was better [than the Welcome Back Rally],” freshman Arushi Shah said. “There were more activities, they were more fun, and then it was decorated better. I just thought it was a really nice experience to be a part of.”

The familiar cheers of the four MVHS classes reverberate throughout the gym at the Homecoming Rally. Loud cheers emanate from the stands that are blanketed by seas of purple, white, yellow and lavender. Pulsating music blares from the speakers. Despite these familiar aspects that characterize MVHS rallies, however, this year was a little different: the Homecoming Rally took place before the start of Homecoming Week. Regardless, according to ASB Executive Secretary Sonia Singh, the rally was a success. As the rally drew to a close, the senior class of 2020 was declared the winner.

“Obviously, a lot of people were disappointed that [scheduling] wouldn’t be exactly the same,” Singh said. “We still had to make it work … and as much as we say competition can become unhealthy, it also brings out so many people who never participate, and that’s something that I think is really worth it about homecoming.”

Class President of 2021 Sarah Tan explains that this schedule has its benefits for leadership — with having finished the rally the week before, now there would be more time for them to focus on skit preparation.

“I think it is a little bit weird that the rally is before [the skits],” Tan said. “But I think that it’s a good way to get everybody hyped [for homecoming].”

Not only are there logistical changes to Homecoming this year, but Tan also explains that Leadership is changing how they encourage students to be more involved with the different festivities throughout the week. For instance, they are striving for more inclusivity by buying items for dress-up days and planning to hand them out to students. This way, Tan says, people who don’t always feel comfortable standing out by dressing up in something crazy will get an opportunity to still feel included and participate in an aspect of homecoming.

“[Leadership] did a training session over the summer where this really cool speaker kind of instilled this motto of give more than you ask,” Tan said. “A lot of the time, Leadership students tend to be more extroverted and open to participating in school activities, but to make our school body comfortable, we should provide activities where we’re giving them the opportunity to do something and we’re not necessarily asking them to do anything in return.”

Click through the gallery below to see highlights from the rally.