Travis Scott: the unique sound of “Highest in the Room” 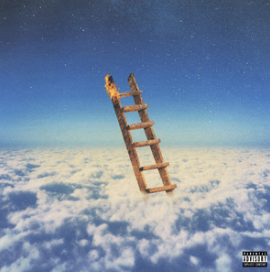 After performing the song “Highest in the Room” at a concert in Denmark this summer, Travis Scott officially released the track on Oct. 4, giving listeners a near-perfect Scott style song.

Scott has not put out a solo project since his last album in the summer of 2018, so as an avid Scott fan, I had been waiting eagerly for the official release of this song, hoping that it would show his individual growth from his previous work.

Released directly after his alleged breakup with influencer Kylie Jenner, many listeners, including myself, were left wondering if the song would relate to the separation. However, before I could even stop to interpret the lyrics, the production blew my mind.

Before the release, Scott promoted the song online with three pieces of artwork, the most enticing one featuring an alien. At the moment, the relation between a song and aliens seemed unnecessary, but as soon as the song started with synthesizers, it all made sense — I felt like I was on a spaceship.

Rap music currently is stuck to a formula; songs are only created with upbeat sounds. The unique style of production in this song convinced me that if artists like Scott keep putting out music, this genre will continue to thrive.

The complex mix of synthesizers and guitars make the general tone feel more relaxed, which was similar to some of Scott’s previous work in his last album “Astroworld.” This style of production led to me listening to the song 17 times in a row after its release.

While the overall production is unique in the industry right now, other aspects of the song still fit the typical mold of rap music. The title is literally “Highest in the room” and the music video showcases Scott at a strip club smoking marijuana.

For example, lyrics like, “Got the fastest car it zoom” or “Got the pistol on my side,” is just Scott rapping about how he’s a rich gangster, which sounds a lot like other mainstream rappers’ music. Although these bland lyrics challenge the idea that Scott has grown as an artist, other lyrics do show his development.

For example, the lyrics, “I’m doin’ a show, I’ll be back soon (Soon), That ain’t what she wanna hear” could be Scott commenting on his relationship with Jenner and how him touring took a toll on their relationship. Instead of talking about materialistic things like drugs and money, Scott comments on an important aspect of life — relationships.

Scott also comments on the hardships of being a celebrity and the effects drugs have on him with the lines: “I’m the highest in the room, Hope I make it outta here … This my life, I did not choose.” These lines demonstrate that Scott has paid attention to the changing life around him, and instead of being strong, he admits that being in the public eye is taking a toll on him.

Even though the song is only three minutes long, in my opinion, it made up for an entire year of just hearing Scott on features. The stellar production and simple lyricism made this song something that can be replayed for days on end without it ever getting old. Hopefully, Scott continues to push the rap game further by making unique music that strays far away from the traditional mold.