The downfalls of growing up in the Singaporean education system 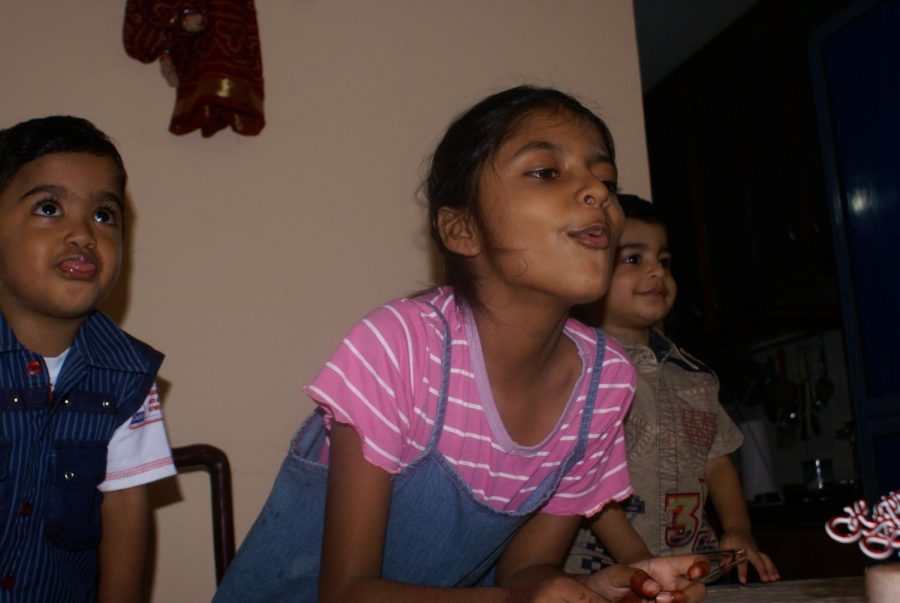 My life changed forever in 2009 — the year I attended first grade. It was my first year at Raffles Girls’ Primary School, a reputable school near my house in Singapore. I would go to school adorned in pigtails and a little pinafore that was too big for me. We had to wear pristine white shoes and have our bangs cut to an inch above our eyebrows. Four months into the school year, my teacher explained to us, a group of 7-year-olds, that we’d be taking exams soon.

And as absurd as it sounds, yes, a 7 year old child had to sit through exams, or what was essentially finals, twice every year until we were 18. As much as I respect the education system in Singapore, the only thing these exams did was create stress about grades at the age of, I repeat, seven.

I failed my first math exam there, receiving a flat 72.

My circle of relatives and family friends raved about Singapore’s education system for years. My mom’s American friends brag that their children are smart enough to take on the supposedly superior Singapore math books. Whenever I speak in fluent Tamil to relatives, they are shocked that an education system can train, perfect and challenge students in their mother tongue. My own grandmother doesn’t know what acute respiratory infection translates to in Tamil, but in some sad way, I do.

In 2010, I started second grade, and my parents were quick to enroll me in the up and coming Learning Labー a highly acclaimed tutoring center that even boasted a small library between classrooms. Days became bland and grey, with my schedule stacked with school, tutoring classes and other activities. After coming back from hours of school and then tutoring, I remember closing my door and just screaming – both in my head and out loud.

The next year, I turned nine. My parents deemed that I was old enough to travel alone and I had the whole world in front of me. I used to travel to classes alone at times, shuffling myself between trains and buses. The same year, my school introduced the concept of “streaming” to us (which is often referred to as “tracking” in the American education system) where kids would be sorted into different classes based on their academic capability in fourth grade.

My grades started to improve and teachers smiled when they gave papers back to me. Little by little, I thought I was capable enough to aim higher and achieve more academically. I started working harder, trying to make it to the class for high achieving students, and at the end of the year, I made it into one of the two “best” classes. At the time, my class in school became a defining aspect of who I was and I proudly wore it on my sleeve.

Everything comes with a price, though. The last three years of primary school drained me, emotionally and physically, and I started to work towards the Primary School Leaving Examination, a standardized test at the end of the sixth grade whose score determines your secondary school. I was attending Tamil, English, science and math supplementary classes after school and spent every waking moment thinking about, worrying over and studying for a singular exam.

I wasn’t just some 12-year-old anymore – I was studying for an important, life-changing examination. When I look at my 10-year-old brother now, it’s hard for me to wrap my head around the fact that he’d be going through the same pressure I did in some alternate universe. I was just a kid. Instead of learning how to bike or having sleepovers, I was crammed in my room day and night, studying and studying and studying. It never seemed to end.

When I finally received my score with all my classmates, I heard shouts of glee ripple across the room, while I could only look down in shame, smiling softly at my friends who happily showed their score reports. When my mom saw the score, I could see disappointment flash briefly in her eyes before she hurriedly exclaimed that we’re going out to celebrate.

Despite all the hours I put into this one exam, I only scored 252 points out of 300, a score that was considered above average, but one that was simply not “good enough”.

I couldn’t stop crying for days to come. It’s pathetic to think that one examination, one number defined my life and future. It’s pathetic that I truly believed I wasn’t valued because of my score. For months to come, it haunted me, because every part of me, every cell, every heartbeat told that I wasn’t good enough to get into “good” schools.

It was my first encounter with failure and god, was it all consuming.

I eventually enrolled in a math and science school for the high school, before abruptly moving to America in the middle of my second year, due to my father’s job.

Leaving the country to settle into life at MVHS has given me enough time to reflect on my experiences back home, and in some weird way, my fear of failure has grown bigger. Moments from my past keep replaying in my head, all with the same message that I was never good enough and maybe I never will be. I don’t feel compelled to challenge myself here, fearing that my effort will amount to nothing.

It’s at times like this that I have to force myself to remember that not all is lost. Despite my crushed sense of self-confidence, I finally feel like I can breathe here. I can only mourn a lost childhood. While the environment is frighteningly similar to that in Singapore, I’m not scared to accept my faults and well, my mind doesn’t feel the need to scream as much as it used to.

I just need to take it in breath by breath, and maybe the ghost of my past will disappear.