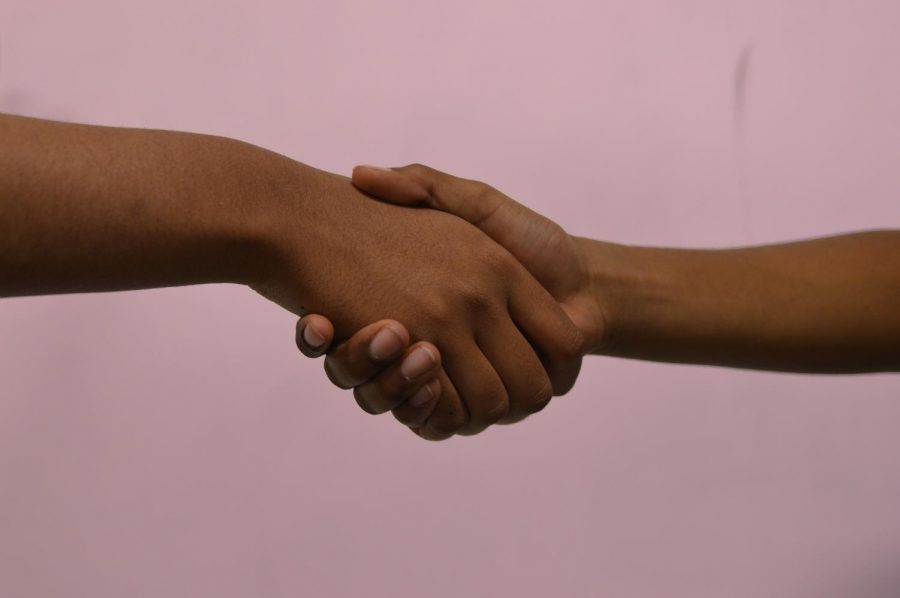 t was a big day for sophomore Jasmita Yechuri’s father — he would be meeting the woman he hoped would become his future wife.

He was well on his way to an appointment with a potential spouse when he received an unexpected phone call from his uncle. After a brief conversation, he followed his uncle’s advice to make a detour and visit a different woman instead of continuing to his original destination. As it turns out, he made the right choice, and the two ended up marrying each other six months later.

Although there was no easy access to phones or online methods of communication at the time, the duo still made efforts to see each other frequently before their marriage.

Despite the inconvenience in communication, Yechuri’s father persisted along an arranged marriage track due to his shared beliefs with his family. Some families view arranged marriages as a mutual agreement that is beneficial. Parent Monaj Kottakota experienced an arranged marriage first hand, and he believes that arranged marriages not only bring two partners together but also foster intimate connections between family members. During the process, parents on both sides become heavily involved in the union by taking responsibility in helping their child find the perfect partner. Kottakota believes that in this sense, families can serve as an additional source of support in helping one navigate through their marriage.

“You will have an entire family supporting you along the way, during your ups and downs,” Kottakota said. “Even when your partner [is] a very understandable partner, sometimes you need support from your extended family on both sides [as well]. Having that support is really key, and I believe that in any marriage, if everything falls in place, you will have that external support as well.”

“For some people, it’s just the sensible choice because they don’t want to waste time trying to find a husband or wife,” Reddy said. “I know one of my dad’s friends, she’s studying to become a lawyer. [And] you know law school, it takes a long time to become a lawyer. For her, by the time she actually finishes and gets a job and has a steady income and whatnot, she doesn’t want to go start again to find someone. So for her, it’s just easier to find a husband that way.”

Once a family chooses to pursue an arranged marriage, there are many factors that come into consideration when choosing a potential spouse. People seeking to get married are often advertised on newspaper listings or by family and friends who boast about their acquaintances’ positive qualities and even show collections of their pictures. In India specifically, major factors that many families consider are social status and reputation, especially in the form of castes.

“A part of it is appearance, like how it is here [in America],” Reddy said. “Income really matters. In some cases, your caste is pretty important. Some people don’t want to marry outside of their castes, or they don’t want to marry into certain other castes. Some parts of it are similar to marriages [in America]. They need to be in a good family, [be] a good person, preferably have a job, all of that.”

“[In] countries in Africa… you have girls who are 13 or 14, and they’re being forced to be married against their will,” Zahn said. “Once they get married, they don’t have any access to education anymore because they end up having children and they have no one to take care of their children. So [arranged marriages] can be really, really negative. And so you see both ends of the spectrum, [which] I thought was really interesting.”

After she discussed the topic with her daughter who attends MVHS, Zahn realized that arranged marriages were much more prevalent than she initially thought. She was initially surprised to learn that many MVHS students have parents who are in arranged marriages.

“I was like ‘People don’t do that. That doesn’t happen, what are you talking about?’” Zahn said. “And then we started looking at statistics and in India, 95% of marriages are arranged. But then the divorce rate is really, really low. So then you’re thinking, ‘Well, maybe this isn’t all bad.’ My first reaction [was] ‘That’s horrible. You can’t tell me who I went to marry.’ But then the second reaction [was] ‘Well, sometimes traditions have a purpose, and maybe it is a good thing.’ So I guess in the end, I’ve learned that I shouldn’t make judgments about other people’s cultures before I actually know all the positives and negatives.”

Similarly, Yechuri believes that the fact that her parents’ marriage was arranged does not affect much in their relationship; she views her family just like any other.

Zahn views the difference between arranged marriages and love marriages as a fundamental difference in culture and values. To her, neither one is right or wrong, but she believes partners enter their marriages with different mindsets based on how they got married.

“Marriage is first and love comes later, and I think that’s the major difference,” Zahn said. “In other cultures, it’s something that you work at, and the love kind of comes out of that. I think we become disillusioned with this idea of, ‘Oh, I love this person … wait a minute, they’re not perfect.’ I think that’s why people are so quick to get divorced in America, but [in other places], they go into [marriage] knowing that this is something that [they]’re going to work at, and there’s a purpose for it. And I really admire that, that mindset that they can just go into it [and they]’re going to make this work because I think a lot of people here just give up too easily.”