The rise of VSCO girls 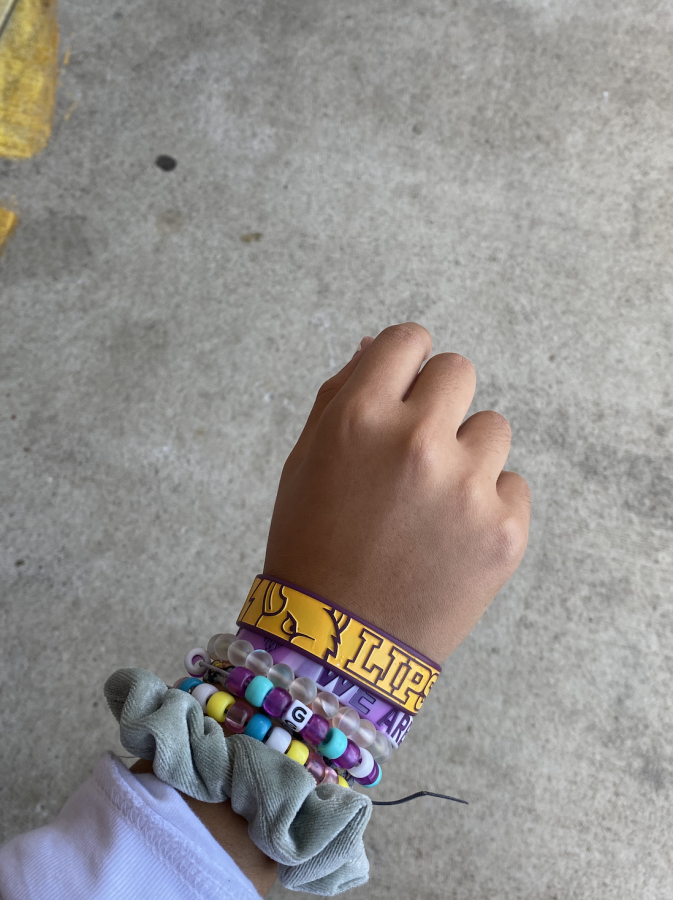 Typical VSCO girls dawn bracelets and scrunchies on their hand which are related to other parts of their lives. Photo by Anish Vasudevan.

TikTok has created numerous trends since its release in September 2017, but the newest trend of VSCO girls has brought new catchphrases and fashion choices into popularity.

According to junior Jamie Lau, VSCO girls dawn oversized shirts, puka shell necklaces, scrunchies and Hydroflasks. The term VSCO itself comes from an app which can be used to publish and edit photos, but the use of VSCO girls as a meme generated popularity on TikTok. Lau says the trend started to enter MVHS at the end of the last year before making a serious rise over summer.

Junior Melanie Ooi, one of the Link Leaders of the group, chose a VSCO girls theme in order to connect with the freshmen because of the increase in its popularity.

“I knew that my sister who is in the class of 2023 loves TikTok and she was into the VSCO thing for a while,” Ooi said. “I thought it was something that the kids would relate to with a slight possibility that they would hate it.”

In retrospect, Ooi explains how the feedback from her group was mostly positive, especially because the trend involves friendship bracelets which all the students were able to make and take home with them.

According to junior Maia Collazo, who is considered a VSCO girl by her friends, another aspect of the trend is catchphrases like “and I oop” “sksksksk” and commonly used as filler language. Collazo explains that her introduction to the trend was during her freshman year because of how comfortable the fashion was.

“I don’t consider myself a VSCO girl because I did all these things and had all these things before the trend started,” Collazo said. “All my friends [were speculative] because I literally had everything. I started saying ‘sksksk,’ not out loud, but have been typing it since freshman year. I like scrunchies because they don’t crease my hair, and hydros because [even though] its pricey, it’s a good water bottle.”

Ooi agrees with Collazo and explains that the accessories associated with VSCO girls have been a staple for many kids in Silicon Valley long before the trend existed because kids can “afford the lifestyle” associated with being a VSCO girl. In fact, Collazo believes the trend will soon be replaced.

“We used to have the basic Starbucks girls, and they would wear their Uggs and leggings in the winter and get the Pumpkin Spice Latte,” Collazo said. “I think it’s just another wave of that, but it’s a VSCO girl instead.”