FUHSD suspends use of Roundup on campuses 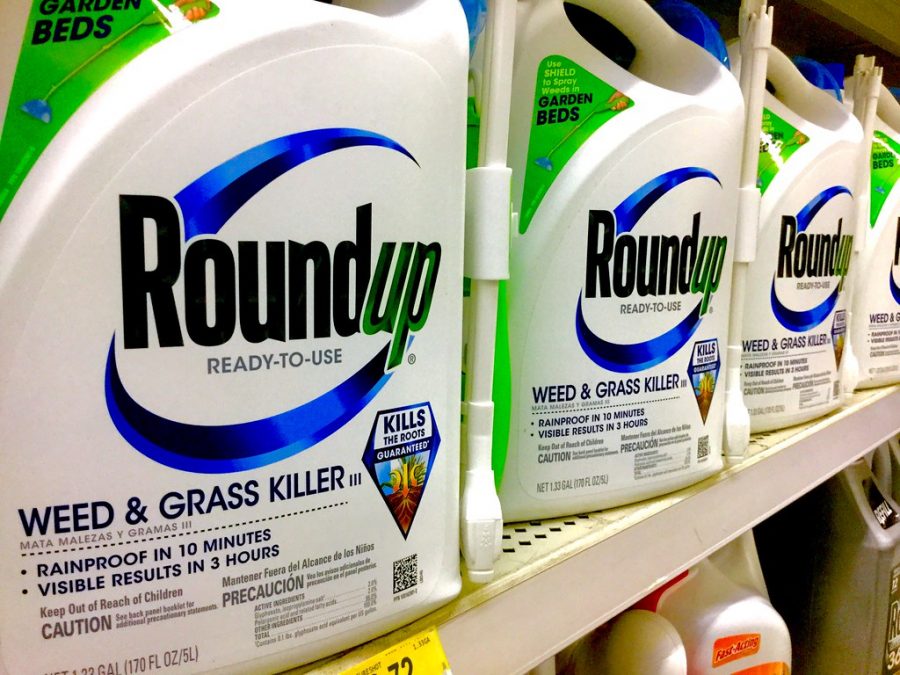 The use of Roundup was suspended across Fremont Union High School District schools before the start of the new semester after concerns were raised due to news about the probable carcinogenic effects from the weed-killer.

Roundup is the most popular herbicide in the U.S. used to prevent weed growth with its main ingredient, glyphosate. It’s marketed by Bayer, who acquired Monsanto, which was a controversial biotech corporate with a monopoly on the food industry.

Recently, hundreds of people have been suing Monsanto with claims that they got cancer – namely non-Hodgkin’s lymphoma – from prolonged use of Roundup. After multiple conflicting studies regarding the existence of glyphosate’s carcinogenic effects, Roundup has been banned in many countries and American counties, but not on a national scale.

During its use in FUHSD for more than 15 years, no issues regarding Roundup surfaced. FUHSD Director of Facilities Erik Walukiewicz believes this is largely due to the safety measures FUHSD implements, in addition to federal and state regulations regarding pesticides.

“We make sure the groundskeepers who handle Roundup use protective equipment, and that Roundup isn’t used in the wind, so that it doesn’t blow onto other plants,” Walukiewicz said. “Roundup isn’t used often, and we have to report the quantity and frequency of use to the DPS. It’s only used a couple times on campus.”

Prior to its disbanding, Roundup was used on the outskirts of campuses to remove weeds for beautification purposes. In the first step to discontinuing the use of Roundup, English teacher Kate Evard saw the herbicide being used on campus last spring.

“I made sort of a, sarcastic, an alarmed comment to [the groundskeeper] about, ‘Yeah, gosh we shouldn’t be using that stuff,’” Evard said. “Of course I realized that he’s only doing what he’s been asked to do.”

After her encounter with Roundup at school, Evard emailed her initial concerns to Clausnitzer and sent a follow up email attaching an article by The Mercury News detailing the ban of Roundup elsewhere over the summer. During the first week of school, Clausnitzer informed Evard that “it had been taken care of, that he brought his concerns to [FUHSD Superintendent] Mrs. Bove and that its use has been discontinued in the district.” Evard praises the district for recognizing the dangers of Roundup and appreciates Clausnitzer relaying her concerns.

“[FUHSD] said, ‘You know what, we’re done,’” Clausnitzer said. “‘We’re not going to use it.’ And I think the idea was a thought process of, let’s not use it until we know more information, even if it is on approved lists.”

While Evard was initially worried that the district would place greater faith in the corporation’s approved product than her concerns, she was instead met with quick action.

“I really was absolutely blown away at how quickly and easily they just stopped using it,” Evard said. “I was expecting a lot of, to be frank, some resistance. And I didn’t get any. So I hope that [this is] a lesson to students that little things make a difference. And speaking up about something can really change things and I think about how many thousands of gallons of that stuff is not going to be used or in Cupertino now because they stopped using it.”

While everyone was receptive to the change, Walukiewicz shines light on the jargon describing the specifics of the situation.

“Let’s make it clear that there’s no official ban on Roundup,” Walukiewicz said. “It’s just that all the schools in the district at this time have suspended its use to reevaluate after a period of time, if it’s feasible.”

During this period of time, the district has been experimenting with the effectiveness of alternatives to the herbicide. Both Walukiewicz and Mallery emphasize the importance of finding an effective method that isn’t too demanding of both time and effort — such as manually removing the weeds that grew in front of the A Building at MV over the summer.

“We can physically take the weeds out using a line trimmer or a weed whacker but these options are really labor intensive and take away from the other jobs of the groundskeepers,” Walukiewicz said.

In addition to mechanical weed control involving weed whacking — which doesn’t kill the plant — there are other methods that don’t use chemicals. Hot-wet and hot-dry, non-toxic methods of weed control such as flame, steam and hot water, penetrate deeper to reach the meristematic cells of weeds where plant growth occurs.

While hot-wet methods may be more effective, they require more frequent application. Associate superintendent Christine Mallery echoes the ineffectiveness of the steam machine pilot that was tested at Homestead HS in May 2019.

“We conducted a pilot steam machine but it doesn’t get the root of the weed,” Mallery said. “There aren’t as many options.”

Similarly, hot-dry methods have also been met with concerns. According to Clausnitzer, the balance of effectiveness, efficiency and risk factors is difficult to maintain.

“There’s companies out there who are trying to sell product, and one of them was the idea of you put massive amounts of heat on the weed and it would die, but the danger of that is you could also set fire,” Clausnitzer said. “So that’s an example of something that you look into as a school district. But then you go, ‘Yeah, but that also could be unsafe. So that’s a product we’re not going to try.’ But I don’t think we have an answer yet.”

Even though current efforts to find alternatives have been fruitless, Walukiewicz believes that accepting feedback from the community is extremely important.

“We always want to listen to complaints,” Walukiewicz said. “We are a supportive board. If you have a concern, if you’re concerned, you’re always welcome. We’re very open to other people’s opinions, thoughts and ideas to make things better.”

Clausnitzer holds a similar perspective on being open to opinions, something he wants MVHS to strive for across all members of the school community.

“As a school, we want employees like Ms. Evard, but also our students and our parents, [to] know that they can come to us — send an email, or come and set up a meeting, or have a conversation or a phone call — that we will listen, and that we will act in the best interests of folks who are on this campus, students [and] staff,” Clausnitzer said. “So I’m glad she felt comfortable coming to us.”

Evard further emphasizes the significance of being comfortable speaking out — making known what can be done in the best interests of those involved can create large ripples from a mere individual.

“If everybody just spoke up and acted on what they thought was the right thing we can make change,” Evard said. “I mean, what if there was a teacher, a kid, at every campus and every district everywhere that did that? I think that a good portion of them would stop using it if they really knew the dangers. It’s more effort to use another method, but I think it’s worth it. We can’t continue to just ignore the harm that these chemicals and other things we are doing to the land.”

While both the FUHSD board’s efforts to increase wellness for students and Evard’s call to action generated wide change, Evard highlights the equally effective potential students have. Although MVHS students can be preoccupied with their time at school, utilizing the student voice to speak up about important issues close at hand can propagate a worthwhile impact.

“Just in general, in life, I think we’re all so busy that we think we can’t make a difference and I think [we should be] bringing things to the attention of whoever, doesn’t necessarily have to be at school,” Evard said. “Speak up. And change can happen.”