Customers continue to buy Teslas despite the company’s lack of success in the market, but Tesla is not making enough profit 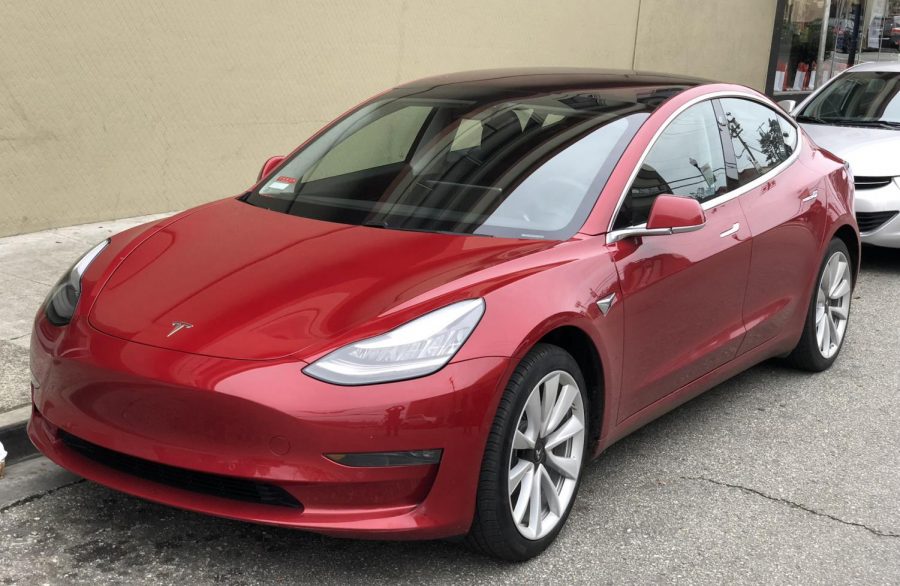 prinkled in the staff parking lot next to the A building are cars of blue, black and red. But these aren’t just normal cars — they are Teslas, which have grown increasingly in demand over the past couple of years. Tesla has electrical efficiency and represents a status symbol, which appeals to car buyers. However, despite Tesla’s recent popularity, the company has only ever had two profitable quarters, as of 2018, almost eight years after its initial public offering (IPO). An initial public offering is a process through which a private company sells stocks to investors, thus becoming a public company. In 2018, Tesla lost $773 billion.

Tesla’s recent success is attributed to the new Tesla Model III sales, as its share price has gone up by 2000%. Tesla mentions that its new Model III has many unique features such as autopilot, fast recharging ability and smartphone compatibility throughout the car. However, Tesla isn’t as successful since the company was only ever profitable in the third and fourth quarter of 2018 and then resumed displaying deficits in the first quarter of 2019.

Tesla’s share price is soaring because most investors believe that the company will eventually become hugely profitable and its entire valuation is dependent on this fact. The drastic contrast between valuation and profitability is what leads people to say Tesla is a “bubble” due to its rapid rise in stocks. Tesla’s valuation is growing as fast as the bubble itself, though it has high stability, hence the name “bubble.”

However, despite being deemed as unsuccessful throughout the market in profits by CNBC, people in the Bay Area are continuing to buy from the company, as 13% of MVHS students own a Tesla. There are many reasons to buy a Tesla including energy conservation, efficiency and luxury.

“Lots of things motivated me to buy a Tesla — environmental issues,” math teacher Melinda Gaul said. “I participated in Earth Deconstructed in 2017, and just thinking about everything that we are doing today that impacts the environment for tomorrow. I just thought ‘you know what instead of our next car being gas, let’s go for electric.’”

In fact 53% of students at MVHS bought their Tesla because it’s better for the environment. According to CleanTechnica, Teslas limit carbon emissions and are energy efficient. However what makes Tesla different from other electric cars is that it has a much longer range and faster charging time which were some of the initial drawbacks of owning an electric car.

Gaul claims that each person is motivated to buy a Tesla for different reasons. For some, it may be the luxury, while for others, it may be the energy efficiency. Gaul got her Tesla in October of 2018. For her, the decision was swayed by the car’s electrical efficiency.

Similar to Gaul, counselor Sylvia Lam was drawn to the Tesla due to its electrical efficiency as well as its user friendliness.

“I wasn’t looking to purchase a new car and my husband asked me ‘I know you are thinking about the Tesla, do you want to go see?’” Lam said. “It was a lot roomier than I thought. I liked the fact that it didn’t run on gas and drove really well.”

According to junior Saurav Sharma the main reason his family bought the car was due to its electrical efficiency, but other features of the car attracted him as well.

“It is better for the environment because it uses electricity,” Sharma said. “Back [when we bought the car], there was no autopilot. We also did buy it because my dad has a charging port in his office.”

Junior Autumn Boustead, whose dad has been working at Tesla for the past eight years as an engineer, believes that Tesla is making a considerable profit. Tesla cars have a higher luxury and have sold so much that they have plentiful profit, according to Boustead.

Tesla said they can’t release internal information to the public, all Tesla sales are published online and declined to comment for this story.

Though Tesla is a relatively new car company, its high demand matches that of older companies such as Toyota or Honda. However, Tesla may not actually be ready for the high demand, according to Gaul.