The key to success: Positive Psychology 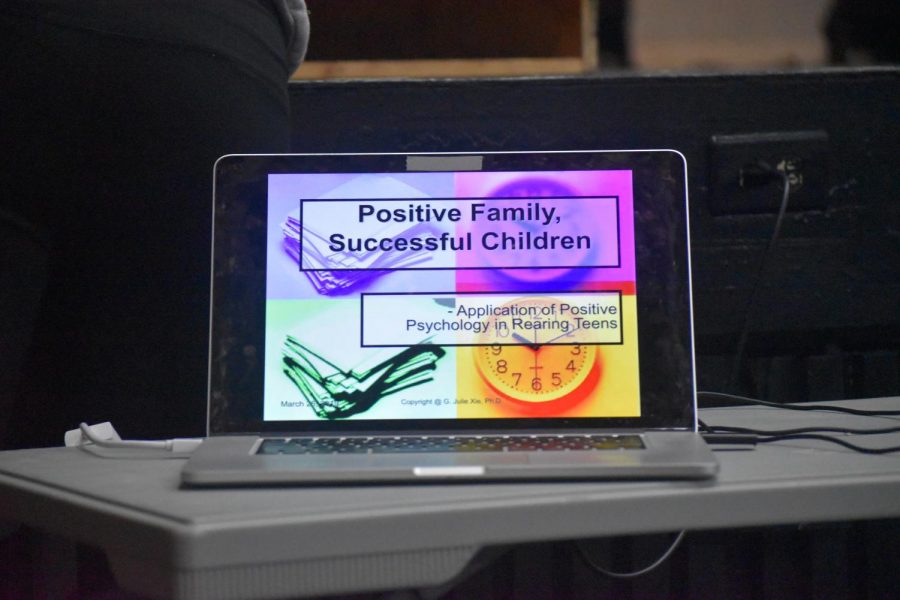 Psychologist G. Julie Xie began her presentation on Positive Psychology with a simple question: What are the main challenges that families in the audience often face?

“Learning to deal with failure,” a parent suggested.

“Fortnite,” one commented, earning empathetic laughs from those around the room.

On Tuesday, March 26, parents gathered in the MVHS auditorium, eager to listen to Xie’s presentation on Family Education and Positive Psychology. She is currently a licensed Educational Psychologist and School Psychologist for the Fremont Unified High School District, which includes MVHS.

In her lectures, Xie explores topics like ascertainment bias in parents and emphasizes the vital role that Positive Psychology plays in nurturing teenage children as they age. Xie defines Positive Psychology in three simple words: “Other people matter.” She believes that healthy relationships are the key to health and success, rather than academic achievement or work ethic.

By the end of Xie’s presentation, she was pleased and surprised with the warm welcome from the audience.

“I’m amazed and touched by the parents’ engagement and smiles,” Xie said. “Based on the parents’ answers to my questions (percentage of children who do chores routinely — about 85%), [the MVHS] community is the most healthy one that I’ve ever worked with.”

Xie’s two hour seminar is organized by several members of the MVHS Parent Teacher Student Association (PTSA), one of whom is Ravi Shankar, a Parent Education Coordinator with a son who attends MVHS. Shankar is responsible for arranging three to four presentations a year, similar to ones like Xie’s. He focuses on the social aspects for parents in raising a student at MVHS, such as tackling communication, motivation, positivity and anxiety issues among teenagers.

He, too, was attentively listening to Xie’s lecture and believes that there are three main takeaways.

“You need to be able to listen to [students], and you need to be able to figure out what they’re saying,” Shankar said. “The second thing is, of course, support, in terms of physical things like sleep, which is very important. The other thing is being not afraid of negative emotions, because you have to learn from them and be positive most of the time.”

Similarly, Amanda Wo, a mother of a sophomore at MVHS, also talks about the importance of a positive mindset. After the lecture, she immediately sent her son a text message in response to one of the questions that Xie asked the audience, asking parents what they love most about their child. In the text message, Wo writes handsome, positive and efficient time management.

“The positive spirit,” Wo said. “[The speaker] asked us to remember one thing and practice it, right? Apply it to life. I think we all know what she said, but it’s just how to do it.”

Xie hopes that parents who have taken away this message of Positive Psychology will be able to apply this concept to their relationships, much like Wu has done.

“A quote from ‘Authentic Success’ by Dr. Martin Seligman: ‘Raising children was far more than just fixing what was wrong with them,’” Xie said. “‘It was about identifying and amplifying their strengths and virtues, and helping them find the niche where they can live these positive traits to the fullest.’” 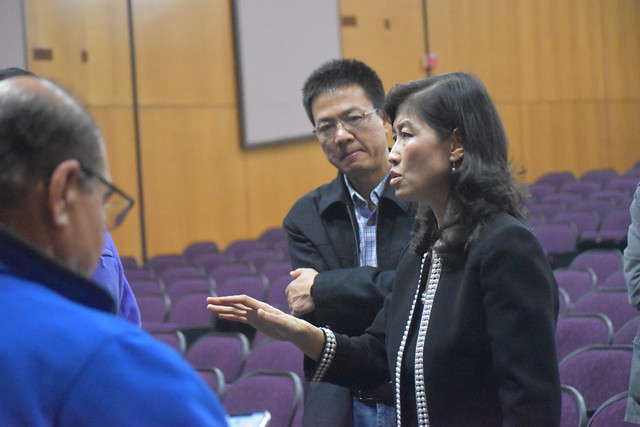