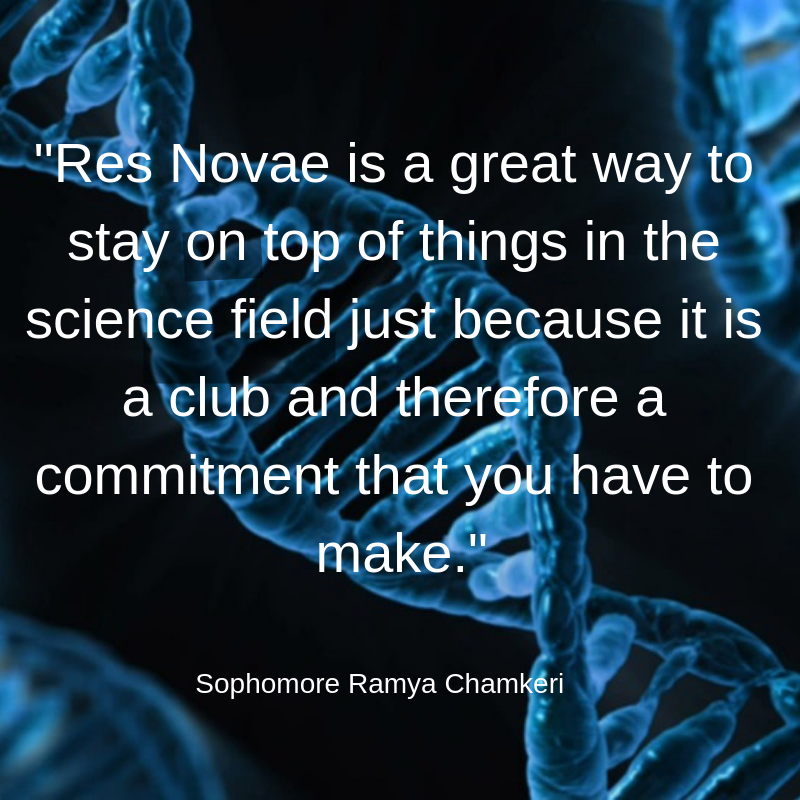 colorful cover. A captivating headline. Words seamlessly blended together. A new issue of Monta Vista’s science magazine Res Novae has been created. Though only the result is seen in the public’s eye, behind the scenes, a cohesive team works collectively to put together and develop stories for the publication.

This is true for first year staff writer and sophomore Ramya Chamkeri. For new staff writers, the time commitment for the science magazine may initially be overwhelming, but can become more manageable over time.

“It is pretty hard to find topics quickly and it does take time out of your weekend,” Chamkeri said. “If you organize your time well and spread out your article over the weekspan you are given to write, the time commitment isn’t much of a problem.”

Though being a staff writer for Res Novae can be time-consuming and requires responsibility, Res Novae can introduce writers to real world applications. For staff writer and sophomore Seth Berger, it gave him the opportunity to apply the skills learned in Res Novae to other parts of his life outside school. According to Berger, Res Novae allowed him to pursue his interest in writing and science at the same time. He also got the chance to develop new connections with experts in the workforce, as well as refine his skills as a writer.

“I actually learned a lot from researching to write about [self-driving cars],” Chen said. 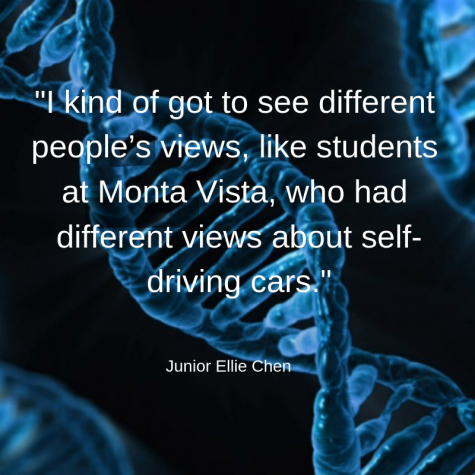 “I kind of got to see different people’s views, like students at Monta Vista, who had different views about self-driving cars.”

Res Novae also helps writers stay informed about the world around them. For writers interested in the STEM field, such as sophomore Ramya Chamkeri, being a part of Res Novae provides her with an opportunity to write about her passions.

“Res Novae is a great way to stay on top of things in the science field just because it is a club and therefore a commitment that you have to make,” Chamkeri said. “In a way, once you are in the club, you are invested.”