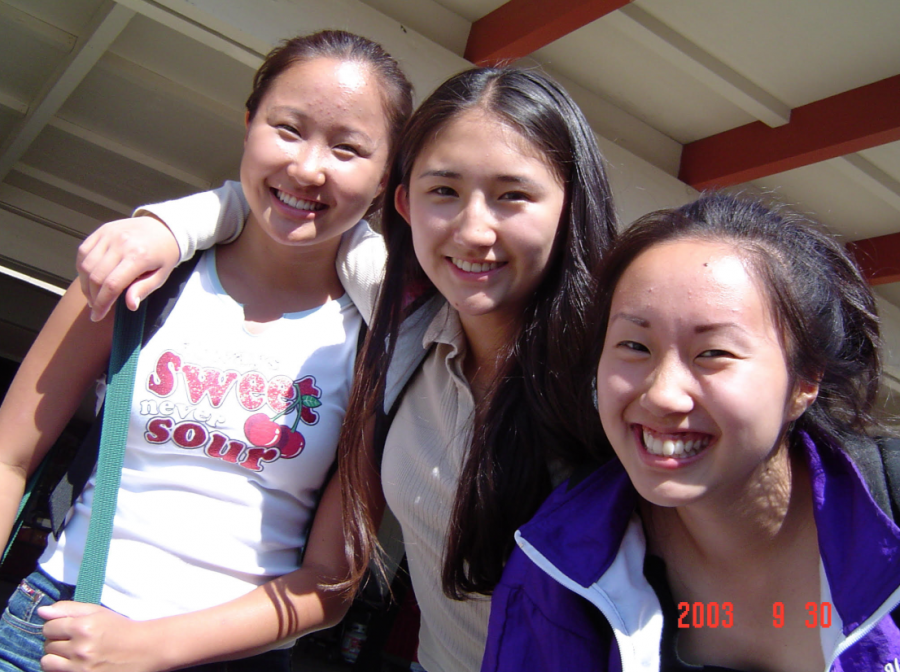 When Alice Wu wore a black, punk rock skirt to school, Jessica Lee, her friend since sixth grade, would distance herself from Alice in embarrassment. Nobody knew months later that Jennifer Garner would be wearing the same outfit as Alice on the red carpet, and a few years later, everyone else would be buying the same skirt  — including Jessica. Alice credited herself for Garner’s style.

The beginning of Alice and Jessica’s friendship was like an orchid in late summer, unlikely to bloom. Jessica often stuck to the rules while Alice went beyond the norm wearing unique clothes, makeup and dying her hair blue — which, according to Jessica, was uncommon at the time. But their differences faded in light of their new friendship, and the two went on to become close friends throughout middle school, high school and college.

“She was just way more silly and fooled around more than I did,” Jessica said. “As time went on, we became best friends and she actually changed my life forever. She taught me how to be my authentic self and to live life a little bit and not be too tight and follow all the rules.”

Their friendship extended beyond the Kennedy MS campus. Jessica recalls doing cartwheels on the grass at nearby De Anza College and swimming at Blackberry Farm in the summer.

Alice attended Kennedy MS, then graduated from MVHS in 2007. She was a zealous student and actively involved in clubs and activities. At KMS, she discovered her love for singing, making it into the school’s advanced choir as a seventh-grader. She went on to sing in MVHS’ all-female choir, Ariosis, as well as in two a cappella groups in college. Outside of her musical talents, she was actively engaged in the French Club, Future Business Leaders of America, DECA and Octagon during her time at MVHS.

“Alice was a beautiful, thoughtful and compassionate soul who lived a vibrant life full of love, enthusiasm, and conviction,” a digital biography about Alice describes. “Her heart of gold shined in everything she did and she devoted 100 percent in many incredible ways, profoundly inspiring those around her.”

Alice and Jessica went on to attend UC San Diego together. The first thing they did was join the Kappa Beta Thi sorority. Alice was a member of the sorority for three years, keeping them connected throughout their time at UCSD. Despite the six different college systems in UCSD, the two were inseparable as they would walk to each other’s dorms across campus to spend time together, with Alice living in Earl Warren College and Jessica in Thurgood Marshall College.

Regina Ip first met Alice in a chemistry class during their freshman year of college. The two became friends and roomed together the following year. Alice volunteered at a cat shelter and worked as a computer science tutor. Regina was drawn to biology. Though their interests hardly ever aligned, the two shared experiences, traveling to La Jolla, hiking, going to Coachella and trying new seafood, one of Alice’s favorite pastimes.

From the beginning of their friendship, Alice’s vibrant drive was apparent to Regina. The transition to college didn’t come as easily for Regina, but to her, Alice’s enthusiasm and spirit provided a sense of home. One day, Regina had gotten sick and fainted. She swiftly called Alice, who stayed with her for several hours at urgent care. It was with Alice’s compassion that Regina felt assured.

“I don’t know what I would’ve done if I didn’t give Alice a call,” Regina said. “Her selflessness in the moment is one of many things I love about her.”

Jessica also recalls Alice’s selflessness, thinking of the time when Alice cared for a stranger’s bunnies. Alice’s love for animals was astounding, which was apparent when she volunteered at Friends of Cats shelter in high school. Her passion and love for cats passed on to Regina, who also began volunteering at the shelter.

Graduating from UCSD, Alice worked as a software engineer at Intuit in San Jose, after interning there for three years. According to Regina, a newly-hired engineer at Intuit had had a panic attack until Alice took him to a room and calmed him down. She also held meditation sessions at Intuit.

Alice passed away in the late summer of 2017. Regina and Alice’s friend and former coworker, Evan Francis, are the cofounders of the Alice Y. Wu Memorial Scholarship, made in honor of Alice’s work as an engineer and underrepresented minority.

The first scholarship of its kind, the Alice Y. Wu Memorial Scholarship is aimed to offer $2,000 to scholars each year. Funding for the scholarship is happening on Crowdsurf along with other UCSD scholarships. Regina hopes that the funding will eventually reach $50,000 through donations and become an endowment, allowing the scholarship to be offered indefinitely.

Alice’s legacy continues through both the scholarship and her friends and family. She had  impacted many lives around her, encouraging individuals to be adventurous and to live their life to the fullest.

“She was my rock,” Regina said. “Her open, creative, adventurous, compassionate, free spirit continued to shape me in many ways I didn’t know and still continues to profoundly impact how I am today, in big things and small.”