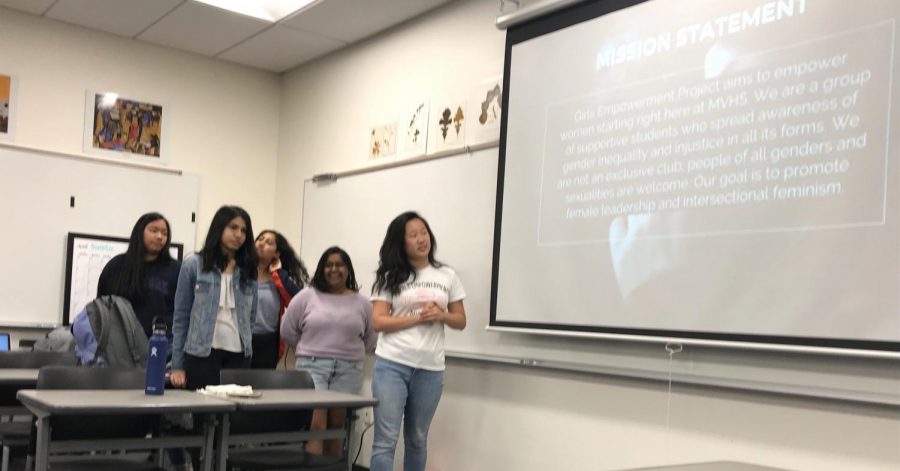 “[Sexual response teams] often take your clothing as evidence, so often [victims] have nothing to wear [but hospital gowns] and in already vulnerable and traumatic experiences, they get their dignity further stripped,” senior and events coordinator Advika Verma said. “What [the drive] aims to do is just make one part of that experience a tiny bit less harrowing.”

According to junior, PR officer and treasurer Sayalee Mylavarapu, last year, GEP held only a pad and tampon drive, but this year, they are including clothes and different activities to raise awareness about sexual assault on campus.

Although sexual assault has taken the media mainstage and received national attention over this past year, Mylavarapu notices that it’s still a topic MVHS students shy away from in their day-to-day conversations. This lack of engagement is why she believes that holding the drive is so crucial to MVHS.

“Especially here at MVHS, we’re very close minded in that sense; we don’t talk about anything other than schools and grades,” Mylavarapu said. “We’re trying to open people’s minds and trying to take out that negative thing they have about not talking about deep topics.”

Verma agrees that MVHS students need to increase their engagement with the issue. She has noticed that despite the liberal majority at MVHS, there still isn’t enough open, vulnerable discussion about sexual assault.

“I think that [sexual assault] is a very pervasive, systemic thing so it definitely exists everywhere and I would say there is just a general cultural awareness of it at the moment,” Verma said. “There’s definitely a stigma of talking about it despite the fact we’re in a liberal area.”

Film Club officer Yash Pathak has also noticed that discussion about sexual assault and sexism isn’t prominent. During a crossover meeting between GEP and Film Club, when they were analyzing women in film, Pathak realized he wasn’t very educated or aware of these issues.

Verma highlights that students don’t need to do something dramatic to be an ally for sexual assault victims — she stresses that the small acts of silent support are what will make a difference, on both a local and global level.

“I hope people realize you don’t have to do something huge to be doing something about the problem,” Verma said. “Even talking about it or donating a pair of leggings is so helpful. If it’s not in your comfort zone, you don’t need to go and speak out. There are so many things you could do right here at school.”