Warming Up: Examining the Consequences of Climate Change 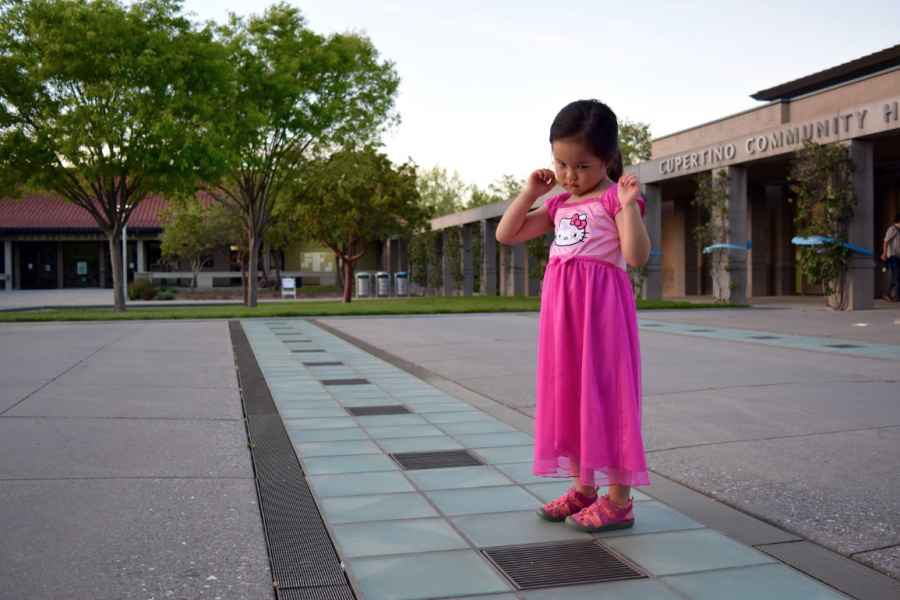 Lakshanyaa Ganesh, Oishee Misra, and Laasya Koduru
ilicon Valley is a community that seems to share little in common with other parts of the country and world. Yet when it comes to climate change, it is not exempt from its reaches. The multi-year drought plaguing California is a prime example, with the reduction in crop production, increase in water bills, frequency of wildfires and, most recently, the polar vortex.
The National and Global Consequences of Climate Change
Climate change can have far-reaching consequences all over the nation and across the world, and Climate Tracker’s Youth Coordinator Mai Huang is no stranger to them. Huang describes her childhood home of Saigon, Vietnam as one of the more vulnerable countries to climate change, as it is a coastal country. Huang grew up witnessing drastic amounts of air pollution and clear marks of haphazard temperature changes. Enraged by the lax environmental policies addressing these issues and the lack of a freedom of speech in Vietnam, Huang was inspired to start informing others of the negative consequences of climate change.

After moving to Exeter, New Hampshire, Huang started to find ways to inform and advocate for environmental conservation at her high school, Phillips Exeter Academy. Huang wrote articles for local publications, hoping to spread awareness about climate change. After choosing to enter a competition for Climate Tracker, an organization of young professional climate journalists, Huang was accepted as one of their online fellows. She then went on to visit a UN conference called COP24, and was inspired by the number of passionate people in the field. She then went further on to become a high school coordinator for Climate Tracker and launched a broader program for high school students. Through this, Huang is attempting to further her goal informing people that society as a whole isn’t doing enough to curb climate change.

“I just thought that it’s ridiculous,” Huang said. “On the side of the [citizens] there was this sense of wanting change, and then in terms of policy it weren’t addressing [the change] yet.”

Although Huang believes that on a larger scale, citizens can only create concrete change if governments are urged to do more, she does admit that everyday people can still do small things that will cumulatively add up to make a difference.

“It comes down to the smallest things like not using excessive electricity when you don’t need it, or choosing to use steel straws instead of plastic straws,” Huang said. “Those make a really big difference and composting, which is something that my school is trying to implement now, is something everyone should do.”

After attending school in America for three years and gaining both national and global perspectives, Huang has observed that the main difference in discussions about climate change internationally from in America is the higher rates of skepticism in America.

“Nowadays, you still have a lot of developing countries where people care a lot about climate change since that’s the environment they grow up in everyday, especially in rural areas where their livelihoods are dependent upon crops and seasons being regular,” Huang said. “There’s really no question for those people that bad things are happening and things need to change and something needs to be done.”
Questioning Climate Change
Despite the overwhelming large amount of evidence that suggests the validity of climate change, some people in the MVHS community and beyond remain in disbelief about it.

Chemistry teacher Kavita Gupta and English teacher Hannah Gould view those who don’t believe in climate change through the lens of their respective teaching roles. Gupta believes that analyzing scientific data is the first step to understanding climate change. She cites “fake news” as the perpetrator that makes it difficult to separate propaganda from real news, clouding people’s judgement.

Gould believes that climate change naysayers choose to actively refuse to comprehend information. As an English teacher, she labels this as irresponsible literacy combined with self-supremacy. However, Gould does admit that this denial of climate change can also stem from the sense of despair that is often associated with the looming problem.

“This is the most challenging possible problem we could ever face and there’s a few years left to do it,” Gould said. “It’s just so easy to look at that and try to delude yourself. And, it’s not entirely hopeless yet, so definitely talking about it is a good start.”

Similarly, Huang says that non-believers in climate change are often demonized as ignorant, yet there are several different factors that play into their perception. Especially in the US, political affiliation is a major motivator and more recently, because of the polarized political atmosphere, this demonization only continues to surge.

“I can sort of understand where this denial comes from,” Huang said. “But at the same time, I just wish that everyone would actually take the time to go out there and be outdoors and know about what’s actually happening because that’s the only way that I think that you can have a very real understanding and real knowledge [of climate change].”
Youth Involvement in the Bay Area
Due to increased awareness regarding climate change, efforts have been made to help students become more actively involved in changing the community. For instance, Gupta helped organize a youth climate summit at The Tech Museum on Nov. 10 2018, which was sponsored by National Geographic. In the day-long event, students from 12 different Bay Area high schools came together to learn about climate change. Through information provided by experts, these students delved into the impact of climate change and conducted individual research projects to showcase their findings.

The summit gained a lot of publicity in the months following it, and students in Miami were so inspired that they are organizing one as well. Gupta says that this spreading of awareness is crucial to how climate change has the prospect of being resolved in the future.

This kind of event isn’t something that ends with a day,” Gupta said. “But it becomes a lifestyle and every time somebody pulls out yet another straw, and they instead decide to use single-use plastic straws. So just seeing the youth empowerment was just so fulfilling.”

In addition to the Summit, students have developed an interest in the environment as a result of personal experience. For junior Iris Xia, a love for environmental science began in middle school. Initially part of the Science Olympiad team at Kennedy Middle School, Xia got substituted into an event called meteorology. From there, she discovered a passion for the subject, and later went on to explore the topic of environmental science. After studying the topic for three years, Xia decided to start an Environmental Science Club at MVHS.

“My motivation for starting [the Environmental Science] club was really just being able to spread my love for research to others because I know there’s a research club, but really, I think environmental science has been kind of overlooked as a field of research,” Xia said. “In our club we’re just trying to merge together this research and volunteering.”