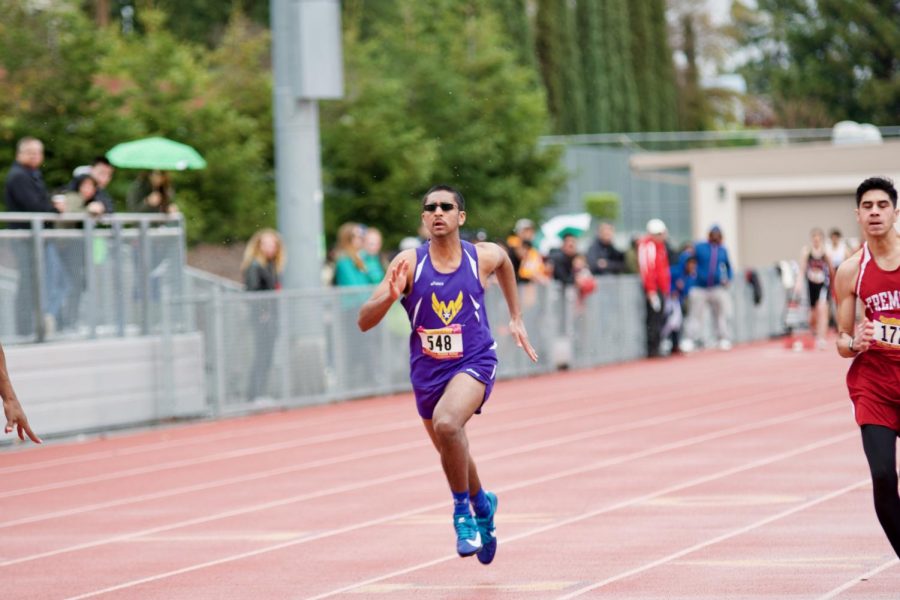 The rain faded in and out between a soft drizzle and heavier drops — but this didn’t matter to the hundreds of parents and onlookers who filled the bleachers to watch MVHS host the third annual Rustbuster Invitational meet on Saturday, March 2. This meet serves as a day for schools from all over the Bay Area to compete in track and field events to get the season officially underway.

Although a number of MVHS team members broke personal records throughout the day, the meet was described by some as a wake up call heading into the rest of the season.

Early on in the meet, the 4x100m relay team was disqualified due to an improper baton pass out of the exchange zone. According to sophomore and relay runner Bianca Young, the disqualification had noticeably dampened the atmosphere despite MVHS’ overall successful performance and ranks.

Additionally, the Matadors faced several other unexpected issues such as an injury on the 4x400m relay team. They were forced to find another solution to replace the injured runner.

“For the four by four, the seniors cried because one of our teammates couldn’t run and we had to immediately find another girl on varsity to run her spot,” Young said. “It was kind of a mess.”

Last year, three out of the current four runners on the 4x100m relay team went to States, making this disqualification even more disappointing for Young. She explains that her team will emphasize handoff strategies before their next meet.

“Our plan for the next meet is to stay focused and do what we do best, most importantly know our steps [for baton passing in the exchange zone] before the race,” Young said.

While junior Sarang Deshpande also sees this meet as a benchmark to improve from, he believes the poor, rainy weather was a major factor for the struggle to perform as well as he had hoped in his four events: long jump, triple jump, 4x100m and 100m. He also notes that the rainy weather not only impacted performance, but also the way the team had to prepare.

“Generally, one thing is that in the colder weather, it’s harder for your body to say stay loose and active,” Deshpande said. “When you add rain on top of it, especially with jumps, it’s just one more factor because you’re basically running into just water coming right into your face.”

Despite the challenging weather, Deshpande says that the Rustbuster event as a whole was organized well and credits his coaches for putting it together.

“Coach [Kirk Flatow] and Coach [John McKeeman] do a really good job of running the event,” Deshpande said. “We’ve been to a couple invitationals run by other schools and I think that we do a really good job with Rustbuster. It’s organized with the parent volunteers as well as the students and we’re always able to get the meet done in time which is quite a rarity.” 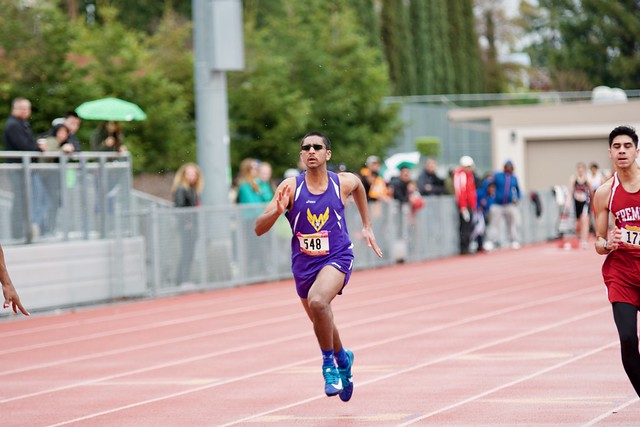