Badminton: Why they began playing

He hid from the sun in his sister’s shadow as they walked together towards the MVHS field house. As he approached the entrance, all he could hear were whooshing sounds of rackets slicing in the air. His sister was on the badminton team and had brought him to an open gym, and this was the first time junior Nick Jiang ever laid his hands on a badminton racket. This experience was the start of Jiang’s favorite hobby.

Though they may not have the same story as Jiang, the other members of the badminton club have their own stories that got them tied into the sport. Badminton is intensely popular at MVHS as it has the largest player base with over 150 students who tried out for the team this year. Jiang, a third year Badminton Club member, attributes the popularity of the sport to the large Asian-based demography at MVHS.

“It’s a sport that many people are in love with,” Jiang said, “Especially just because we live in Cupertino, and there’s a lot of Asian culture around us. I think because Cupertino is so like Asian populated, there are a lot more people in our area playing badminton than there would be in anywhere else in the United States.”

According to Jiang, badminton is very competitive in Asian countries, but not so much with countries in the U.S.. Jiang believes that because of this competitiveness and the large Asian population in Cupertino, the sport is very popular at MVHS.

“It’s interesting because badminton isn’t a collegiate sport in the U.S.. The U.S. does have a [national] team but it’s been many years since a player from the U.S. has actually placed really well in an international tournament,” Jiang said. ”However, in Asia, there are frequent international tournaments and countries in China, Japan, Indonesia and Malaysia where really professional Olympic level players will compete. It’s a really popular sport in Asia.”

Because badminton is only in season during the spring, many players started going to badminton open gyms hosted by the Badminton Club in order to prepare for tryouts. According to Jiang, the club’s open gyms are beneficial to all badminton players, whether they be underclassmen or upperclassmen.

“It’s always good that the club tries their best to like have lunchtime open gyms because there’s a big mix of people there,” Jiang said. “There are people who are team players who are just trying to take a break from their day and hit a bird around with their friend just to give themselves that sense of therapy. And there are also younger kids who really want to improve and are getting tips from older people on what they need to work on with their shots and their footwork.” 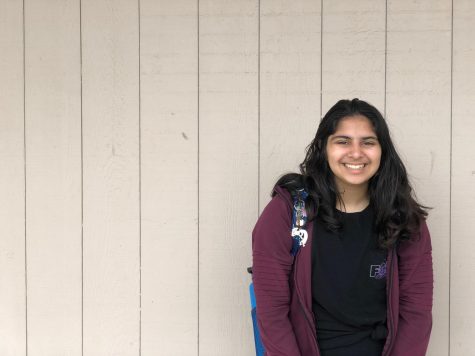 MVHS students’ love for badminton come from many different places, whether that be the satisfying sounds of hitting a bird or being in love with the strategy of the game. Freshman Kiran Manghnani’s love for badminton came from the fact that it gives her a morale boost regardless of her mood.

“It’s always sort of been like a place for me to go when I’m stressed for sure, or when I’m mad or sad, it’s always been something that cheers me up,” Manghnani said. “It’s also a sport that uses a lot of brain and physical activity so it has a little bit of everything.”

With the competitiveness surrounding badminton, the team is hard to get onto, and those who do get chosen find lots of appreciation. Freshman Michael Ding was able to make the team, and feels proud to be a part of something so prestigious. 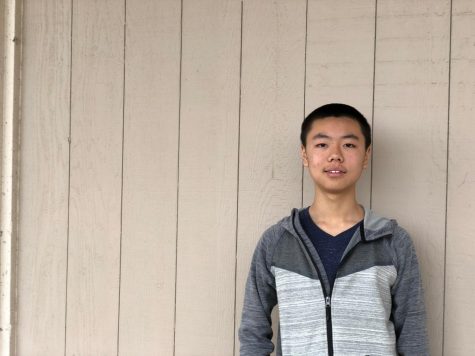 “Well tryouts are over and I was able to get on the team, so that was pretty great,” Ding said. “It’s tough though since they had to cut quite a lot of people… The competition is pretty tough since there’s so many people who want to try out.”

The overwhelming interest in badminton also gave the MVHS Badminton Club a reason to provide open gyms, in order to create practice conditions for team players and regular students. With all the facilities and talent for badminton, Ding believes that this contributed to the prestigious school team.

In midst of all the competitiveness, however, the members find badminton to be a healing sport as well. Jiang describes how he thinks badminton is a therapeutic sport and enjoys how the club caters to this.

“It’s always good that the club tries their best to like have lunchtime open gyms because there’s a big mix of people there,” Jiang said. “There are people who are just trying to like, they’re like team players who are just trying to take a break from their day and hit a bird around with their friend just to like, give themselves that sense of therapy.