Reflecting on the recent retirement of my role model 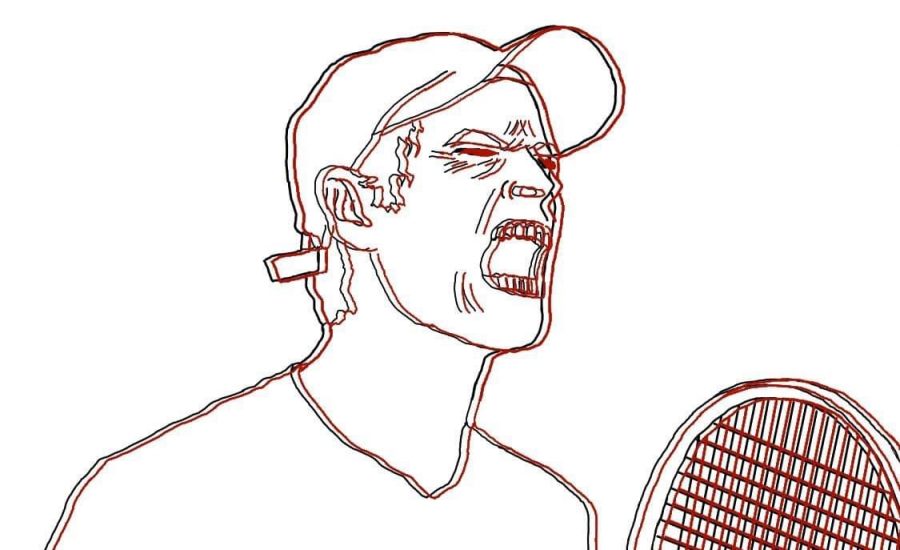 Tears welled up in my eyes as I scrolled through the webpage filled with articles about professional tennis player Andy Murray’s hip surgery, emotional press conference and the sudden announcement of his retirement before his match at the Australian Open. A few minutes passed and the tears didn’t stop. All of a sudden I began to laugh. The news about my favorite tennis player, my idol, should have devastated me, but it shouldn’t have made me cry — I don’t even know him.

However, I soon came to realize why I cared so much about his retirement. It wasn’t only because he was my favorite player — it was because I saw qualities of myself in him. In the beginning, Murray, as a player, never really appealed to me, as he was overpowered and overshadowed by some of the best tennis players in history: Novak Djokovic, Roger Federer and Rafael Nadal.

While watching him at the 2012 Olympic tennis finals, I had to choose between between rooting for Murray or Federer for who would win gold. Federer was the obvious favorite, having previously beaten Murray in the Wimbledon finals just a couple of weeks before, and so I decided to root for Murray, the underdog. Listening to the commentators speak about the grunts of the tennis match, I learned that Murray’s playing style was rather unusual because he didn’t hit as hard compared to other players and he was often characterized as a grinder. In other words, he was a fighter.

I was captivated with his style of playing — his fighting spirit made me believe that he was invincible. He was just eight when he survived a school shooting that claimed the lives of 17 people in Dunblane, Scotland. He battled numerous hip injuries which kept him from playing and continued to put in the work when people doubted his abilities. By watching him play and listening to the TV commentators comment on his abilities, it was clear that Murray was the most hard working player on the tennis tour, even if he wasn’t the most talented.

The words people used to describe him as a player are the same which coaches and family do: hardworking, gritty and tough. I am not the most talented tennis player, as I’ve heard from my coach, but I am hardworking like Murray. I run for every ball with arms in reach, and so does Murray.  I don’t hit the biggest shots, but I counterpunch and wait for my opportunity, and so does Murray. I used to throw temper tantrums on the court when I was younger, and so did Murray. I was always considered an underdog, and so was he.

He became my idol because I saw myself in him. In some ways, I believed that if I had the same qualities as him, then maybe one day I could be as good as him. He gave me hope for my own tennis career. Through his struggles and his successes, he showed me that all I needed was drive and desire.

So when I hit the play button of his press conference videos at the Australian Open, I was heartbroken to see him crying and struggling to say that this was his last tournament. He had to leave the press conference halfway through to gather his thoughts and emotions because it was so hard for him to say that he would be retiring. For a guy who played tennis 28 years of life, who had dedicated his entire life to his craft, it was devastating to see that he could no longer do the one thing he knows best — play tennis. His heartbreaking and tearful interview had made me realize how fortunate I was to be playing the sport of tennis. I never realized how fortunate I was to never have experienced an injury and have a setback in my athletic career. I never realized that playing a sport was a gift and privilege. I never realized that it could be taken away from me.