Family heirlooms and antiques handed down through generations 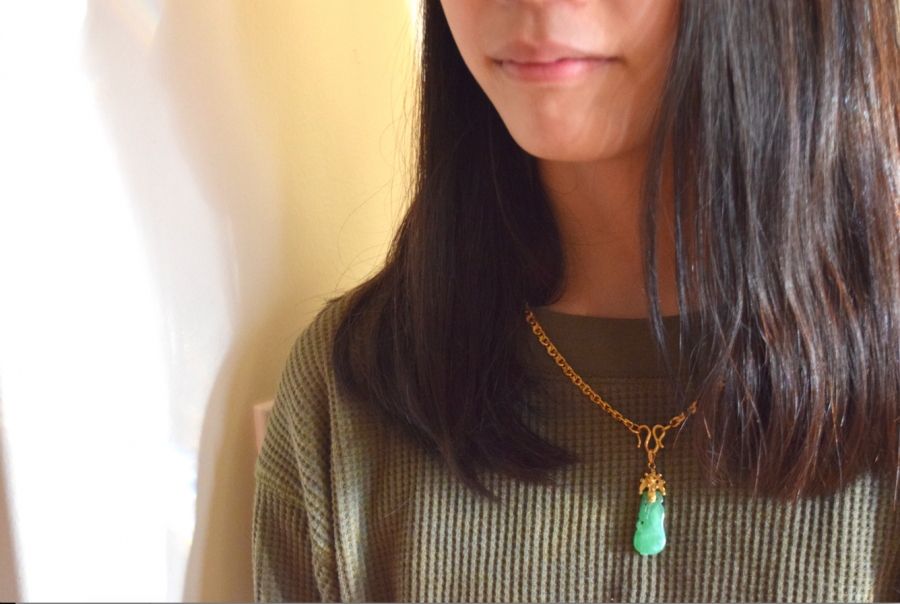 Stored away in the attic or showcased on mantels, heirlooms help families remember loved ones or keep cultural or religious traditions alive. Ordinary objects and possessions accumulate overtime, and to many, these heirlooms are special. The emotional values they hold, the stories behind them and what they represent is passed down and preserved through generations.

“GIRL IN THE HOOP”

“Is there anything you want to take before we get rid of a lot of what’s here to remember your grandmother by?” her grandmother’s wife asked.

After bringing the statue back to her house and setting it on her dresser, Nava wondered why she took this statue to remember her grandmother by, after never acknowledging and taking it for granted during her childhood.

Nava says that her grandmother came out as lesbian when she was still married; afterwards, she got a divorce and married a woman.

“The fact that she was willing and had the kind of strength of character to assert who she was in a time that was very difficult to do so,” Nava said. “That has always been very inspiring to me that she lived true to herself instead of constantly bowing to the conventions that were expected of women.”

The statue depicts a girl, naked and crouching, inside a hoop. The hoops itself is crooked and imperfect, worn with age. Nava points out that the statue is made of bronze, which is cold and unyielding, and illustrates a vulnerable girl.

Nava alludes that the bronze statue in itself is beautiful, but there’s something “disturbing about its beauty.”

“It’s a girl. It’s not a woman,” Nava said. “There’s a ubiquity of referring to full grown women as girls a lot. The way we want to infantilize, as a culture, women, who should be self-possessed and autonomous and not have to bow to all the expectations we often are encouraged and inculcated by our culture to do.”

For Nava, this heirloom and the irony of it is a reminder of what her grandmother went through and how she inspired Nava not to force herself into a “hoop” of expectations.

“My grandmother’s entire life was [showing that] you have to break the hoop and stand up,” Nava said. “I think that there’s a beautiful poetry in the image that I didn’t ever confront until the passing of my grandmother.”

In Chinese culture, the jade crystal bears sentiment and prestige. Sophomore Kelly Yong’s jade necklace has been a family heirloom passed down for at least three generations.

Yong’s dad initially received the necklace when he was one year old from his grandmother.

Yong’s great grandma was wealthy and raised all her grandsons, including Yong’s father. She gave all of her grandsons these objects to remember her by.

“He’s kept [the necklace] and cherished it all this time,” Yong said. “When he [gives] it to me, that really means something. It’s one of the only things I can remember of my ancestors: my grandmother, his grandmother. This is one of the things that I can use [to remember].”

“We’re seeing how long it can last because veenas are very fragile and for this to be there for a hundred years or so is very rare,”

Because of its fragile state, Sundar explains her amazement at its old age.

“It’s inspiring,” Sundar said. “It’s been there for so long.”

Kim recalls asking his dad about shaving after watching the movie, “The Dirty Dozen,” where soldiers refused to shave because they were on strike for not receiving hot water. He remembers his dad telling him that he needed to use hot water to soften the hairs and allow the pores to open up, making shaving easier.

Kim keeps his father’s shaver as a family heirloom. Kim’s dad used the razor while serving in the Korean military. According to Kim, before being eligible to get a job in Korea, it’s mandatory to serve for two years in the military after graduating from college. Thus, Kim’s dad served and in turn, received military equipment.

Although Kim has used the shaver before, he prefers modern razors due to the cuts he recieves on his face from using his dad’s shaver. However, he still keeps it in his bathroom drawer. Kim explains that the shaver opens by twisting it on the bottom and the top will open so a blade can be put in. Then, the blade must be secured by twisting the bottom once again to close the top of the shaver.

Kim views his family heirloom as a “keepsake.” As his birthright, Kim claimed the beard shaver from his dad, knowing that his two older brothers wouldn’t appreciate the sentiment.

“There’s not that much that I have from my dad,” Kim said. “There was a time when we were rummaging through his house and we had to clean it up and either donate it and keep it and those were one of the things that I wanted to keep in memory of him. Hopefully, my boys will appreciate it too.”