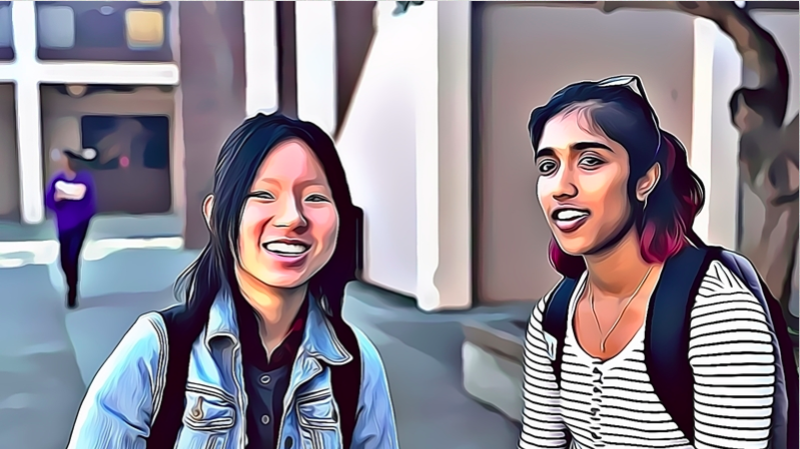 Confusion. This was the initial reaction that physics teacher Jim Birdsong had when two students approached him with the idea of making a movie about his life.

Birdsong has been teaching at MVHS for 24 years. He would describe his life as fairly stable, but seniors Sarah Feng and Anika Cheerla saw it as an opportunity to create something out-of-the-ordinary.

Feng and Cheerla had always planned to make a film during the second semester of their senior year because of the extra time they knew they would have on their hands. The first idea for a movie was Silicon Valley investors blindly investing in a Ponzi scheme, but they believed that Birdsong is a perfect candidate for a film because he “captures the hearts and minds of the people.”

They completed the screenplay on Jan. 16. Granted, they received help from other eager collaborators, including MVHS students. 109 members and counting are currently in the Facebook group created to facilitate the production of this film.

“[When they approached me] they were mostly well into the process, so I was like ‘okay that’s weird’,” Birdsong said.

To prepare for this tribute to Birdsong’s life, Cheerla and Feng conducted an informal interview with Birdsong. They were able to get an overarching outline of Birdsong’s life, but it’s evident in the screenplay that not everything in the movie is reflective of his life.

“We just popped in during tutorial,” Cheerla said. “It was very informal.”

Many characters in the screenplay are loosely based on characters in his real life. As a physics teacher, Birdsong also looks up to British scientist Michael Faraday, who has a few scenes in the movie.

However, Birdsong models his teaching style after his college English teacher. Birdsong tries to be both funny and demanding, and these qualities are represented in the movie.

“The man is shrouded with mystery,” Feng said. “What’s so innovative is that we’re blending all these genres together.”

Ultimately, Feng and Cheerla want people to have fun throughout the whole process, as does Birdsong. They are currently taking actors as volunteers, and filming will take place over February break.

Though he’s a bit skeptical about this depiction of his life, Birdsong has trust in the students involved. Feng has been a student of Birdsong’s for two years. Cheerla hasn’t, but based on her time commitment to the project, she is just as excited as Feng.

“I don’t know what to expect,” Birdsong said. “[But] I am impressed by the people involved. I’m sure it’ll be good.”