Class of 2020’s perspective on preparations for the winter dance 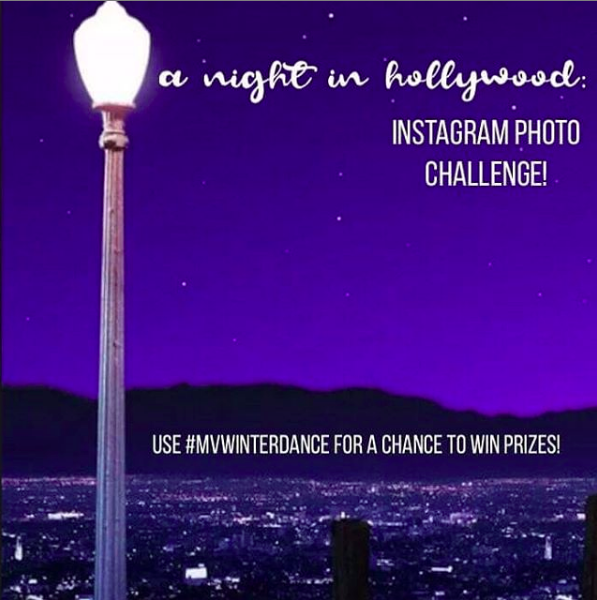 Scrolling through Instagram the days leading up to Jan. 18, MVHS students could see a bombardment of posts about MVHS’s Winter Formal from leadership students’ and MVHS class accounts. Promotion for the upcoming dance filled people’s feeds, along with posts from the Instagram photo challenge leading up to the dance, where participants posted themed pictures on certain days for the chance to win prizes.

Junior and Class of 2020 Officer Dan Sachs explains that leadership worked hard to promote this particular dance so people wouldn’t have the excuse of not knowing about it.

“We wanted people to really know that it was happening and have the option to go,” Sachs said. “We were trying to get it out there.”

In prior years, there had been a Winter Formal that didn’t spark much attendance. After losing money six years in a row, MVHS decided against having another one two years ago.

For the Class of 2020, this meant they never got to attend a winter dance. Junior and class officer Surya Ramesh explains that his freshman year, due to the declining profits at dances, they tried a different kind of dance, the Black White Rodeo.

“[It was] very weird, but it was fun,” Ramesh said. “I think people enjoyed it. Just not a lot of people came. So last year we decided not to have a dance at all. So this year, we were like, ‘We want to bring it back.’ You know, hopefully, a lot of people will have fun.”

With this being MVHS’s first attempt to bring back the dance, Sachs believes it was a success.

“We had a lot more people than I expected,” Sachs said. “And I was really happy with that. The decorations were some of the best decorations I’ve seen for a MVHS dance. We had everything in the theme, where we had the red carpet and the VIP stuff, the superlatives for teachers and the bouncy house. I think it was awesome.”

Wazzap 2020 come out to the winter dance next Friday (a week from tomorrow) January 18th! There will be food, games, decorations, and many other fun activities to indulge yourself in. It is not a formal, but semi formal (for example homecoming was semi formal). If you plan on bringing a guest from outside Monta Vista the form is on schoolloop. We would also like to emphasize you do not n e e d a date to attend 😉 Hope to see you there!

Junior Annabelle Wu, who attended the dance, says it was somewhat similar to Homecoming. Despite feeling that there was nothing particularly unique about this dance, she enjoyed it.

She decided to attend because it was the first time that she had the opportunity to go to a winter dance in her three years at MVHS. In addition, the social media promotion influenced her decision.

“[Social media] definitely did [influence me to attend],” Wu said. “[It] gave me a chance to win free stuff, right? Who doesn’t love free stuff?”

Wu participated in the Instagram photo challenge, where people posted pictures based on the themes of best celebrity squad, best red carpet look and best asking in the days leading up to the dance with the hashtag #mvwinterdance, for the chance to win food or tickets.

we will be having an INSTAGRAM PHOTO CHALLENGE for FREE chicken nuggets, boba, and even FREE dance admission tickets! post pics for each theme on the days below with #mvwinterdance for a chance to win!! – monday (1/14) – best “celebrity” squad! post friend group photos that are good enough to beat the oscars selfie 🙂 tuesday (1/15) – best past red carpet look! post photos of previous red carpet-worthy outfits. wednesday (1/16) – best asking! no matter how big or small, whether it’s your significant other or your best friend, ask away!!

“I thought I might not win, but I actually did win [a ticket for free cotton candy],” Wu said. “Because I only posted one photo. I was like, ‘oh, it’s okay.’ It’s just for fun and to show that I want to go.”

Sachs was pleased with how the dance went this year and has hopes of holding more winter dances in future years.

“I think next year, as leadership, we should we should try to continue with this new tradition of having a big winter dance,” Sachs said. “That’s not necessarily formal but can give students another opportunity, especially the underclassmen who only have dances for a semester.”