Constant Change: As I sought out self-love

My battle with self-deprecation 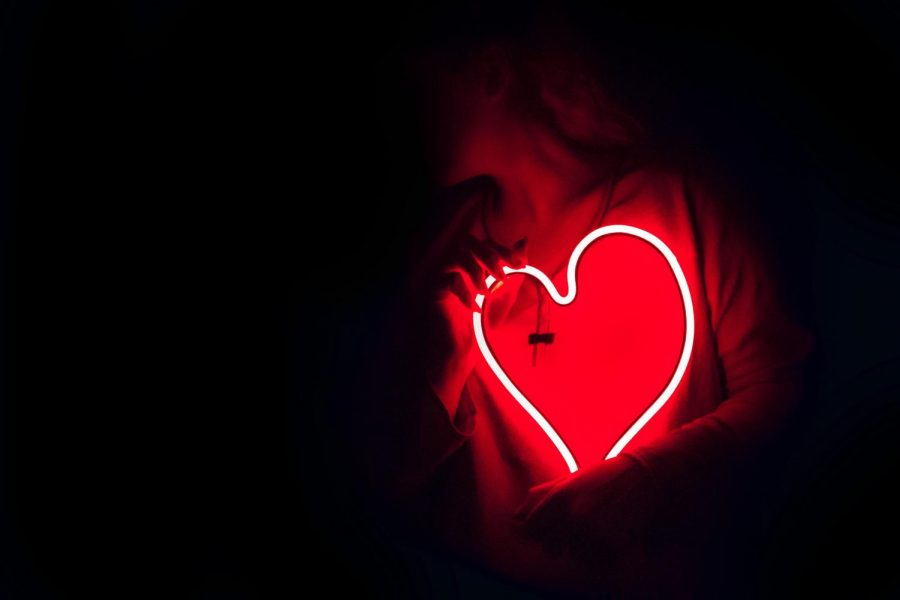 hate birthdays. Okay, not all birthdays — I love other people’s — but when it comes to my own, I can’t help but associate a feeling of discomfort with them. I’m not saying I don’t love having a special day dedicated to me (it really feeds my narcissism), along with the cute texts, cards, presents and most importantly, cake, but for the last couple of years I will admit that I often feel a little awkward under the spotlight. Being the center of attention, it seems, is just not my thing anymore (hence this monthly behind-the-scenes column).

8-year-old me would’ve been shocked, to say the very least. She loved being the princess at the party, she loved her sequined birthday gown, she loved blowing out the candles as a cacophony of “Happy Birthday!” exploded around her, she loved ripping open her presents five minutes after the guests left … she loved it all. So her reaction to my current mish-mash of feelings about my birthday would’ve been: Uncomfortable? By attention? From other people? Why? I don’t understand!

I’ll admit that hating my own birthday is a bit unconventional, and I’m not sure if I even understand it myself. I like to think of myself as an assertive person, one who leads well and enjoys the company of others. I have no trouble giving speeches, and despite being an only child, make no hesitation while bossing people around (sorry for making you drive me everywhere, dad). Initially, I didn’t think my dilemma made any sense — the seemingly random dots that made up my feelings were scattered everywhere. But it took only one long, hard look at myself to connect them and answer the ‘why’: I don’t like myself very much.

If we once again flash back to 8-year-old me, a similar sentiment as before — shock — would arise. I mean, I loved myself (a little too much considering I would write ‘Oishee is amazing’ on everything I owned…). I was a cocky little kid and I had an embarrassingly large ego and superiority complex. Being a privileged and probably spoiled only child, I accepted everything I received, thinking I more than deserved it. And maybe I did deserve the pink Dora bike with shiny tassels for doing my chores for a month, but I have my doubts about whether or not I deserved a new iPad simply because my old one was too slow for my liking. Yet despite my criticism about my younger self, I do miss one aspect of it: I loved myself.

I can’t pinpoint when exactly this changed. Perhaps it was that I grew up, developed a strong-minded personality, held firm to my opinions and realized that not everyone I met liked me. And I know that what other people think of me doesn’t matter, that individuality is the important factor of all, but I can’t help the sting I feel when someone makes an unsolicited comment. Sometimes it’s little things like people saying my nose is off center (I regret to say that I obsessively measured it later with a ruler) and other times it’s them saying I’m a little too weird for their liking (so what if I dip my fingers into candle-wax after blowing it out … it’s cool, okay?). Regardless, other people seem to play a large role when it comes to how I view myself, so it’s an unfortunate fact that my self-perception often hits drastic lows.

And I don’t think it’s just me. Lately, I’ve noticed this mentality all around me. No one thinks they’re good enough. Maybe it’s because in high school, it feels like every action, every success and every failure is exaggerated. It’s hard to realize that one failed math test, one friendship gone awry or one lost competition will not determine the rest of our lives. But I’ve decided to make a real attempt — not an empty promise about seeking self-love — to look at myself with less of a critical eye.

Although that whole spiel basically discouraged self-deprecating jokes, here’s just one more (maybe my last! Just kidding, because progress isn’t that fast): I turned 16 a week ago despite me acting like I’m 6 (I’ve been told. Several times. By multiple people). Not only that, but the year renewed itself a mere three weeks ago. So with a fresh start ahead of me, I’ve vowed to try and see myself a little more positively. I’m not going to say I’ll embrace my flaws: first of all, that’s cliché, and second of all, I don’t even agree with that. Instead, I’m vowing to try to learn from and improve on some of my flaws. So maybe the next time someone says something mean, I’ll tell myself it isn’t true and brush it off lightly (or stick my tongue out at them because I’m mature). And maybe the next time someone says something nice, I’ll smile and say thank you rather than looking away awkwardly. I know I’m not perfect, but I do know that my flaws don’t define me, so maybe I’ll start off being 16 by learning to love myself — despite my flaws.