Stand-up comedians are the opposite of racist 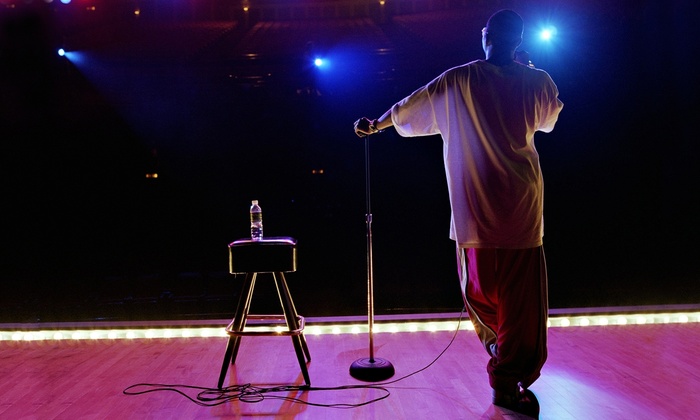 n El Estoque’s October issue, EE Opinion explored the dark side of humor, and how people have developed an instinct to deliberately seek offense from humor, especially from race-related jokes. Because modern stand-up comedians heavily rely on race as a primary topic in their sets, many comedy shows may be unsuitable for someone with this instinct. But their comedy isn’t an attempt to racially insult others. It’s necessary that we stray from this notion and realize that comedians are actually contributing to the effort to eliminate racial stereotypes.

An article from The Atlantic discusses the qualities of “good” humor, and mentioned several studies which shared a common conclusion that we laugh more at dark concepts turned into lighter subjects. In turn, a skilled stand-up comedian knows how to balance the serious topics with lighter, simpler content, ensuring that audiences feel neither feel weirded-out nor bored.

“Racist” stand-up comedians do just that. For example, many Middle-Eastern comedians reference 9/11, an event that prompted a surge of discrimination against Muslims, as a way to segue into their own experiences of being threatened. The twist, however, is that the comedic material emphasizes the stupidity of such discrimination.

During one of his sets, Persian comedian Maz Jobrani recalls racist remarks targeted towards Barack and Michelle Obama after they fist-bumped on stage. His tone is initially serious as he elaborates on derogatory comments accusing the Obamas of performing a “suspicious, terroristic act.” He then impersonates Osama Bin Laden, infamous for funding global-scale terrorist activity and causing the death of thousands, in an Arabic accent, joking that Bin Laden would never fist-bump. Jobrani ultimately tries to disprove the irrational accusations of the Obamas’ fist-bump as an “act of terrorism.” However, comments on YouTube have retaliated, saying that Jobrani’s impersonations of white people and Arabs are racist.

Some may say that racism is a line that can’t be crossed, even when it comes to comedy. But the purpose of Jobrani’s joke was to criticize prior racist remarks that a Fox News commentator had made in response to Obama winning the presidency. His goal was not to mock Arabs or white people for their accents, but rather to accentuate their roles in this situation.

“Racism” in comedy is also used to create a sense of reality and connection between the comedian and the audience, whether it be at home or in the Comedy Central studios. After nearly 16 years of hosting her reality talk show, Ellen DeGeneres has decided to return to the stand-up comedy stage in her Netflix show “Relatable.” According to The Hollywood Reporter, DeGeneres’ goal is to find a common ground about life with her audience, despite her wealth.

And that’s just what audiences like to see in comedic material: something to relate to. We often subconsciously send daily inconveniences, such as racist remarks from others, to the back of our heads. This is in response to not realizing that others share similar experiences. But when a stand-up comedian brings these same issues to a public stage, we laugh at their relatability and acknowledge that we’ve experienced the same thing.

For example, in another show, Jobrani reveals the recklessness of driving in many Middle-Eastern countries and proposes the idea of a Middle-Eastern driving arcade game. Many Middle-Easterns understand this stereotype, or have witnessed such reckless driving, and are therefore more likely to find it amusing, being able to relate to it personally.

In some cases, stand-up comedians may even reveal snarky habits that we don’t realize we may have. Preacher Lawson, a finalist on America’s Got Talent 2019, returned to the stage for an additional show after the season ended. He outlined his experience dating a white girl, even when he used to feel obligated to date a black girl. By using jokes about white girls who “need to shop at Trader Joe’s or eat quinoa and avocado toast,” he undermined white girl stereotypes and the importance of who he dated, calling out those, including his closest friends, who questioned why he couldn’t “get a black queen.” Lawson, unlike conventional African-American comedians, didn’t solely criticize non-black people. He encouraged his black friends, as well as the audience, to disregard race when it came to dating.

As students in a community with a population made up primarily of ethnic minorities, and during a period of advancement against discrimination, we may be easily offended by race-related stand-up comedy. But what might come off as a racist joke may actually be a stepping stone towards combating racial stereotypes.