There’s an app for that: Monta Vista Official 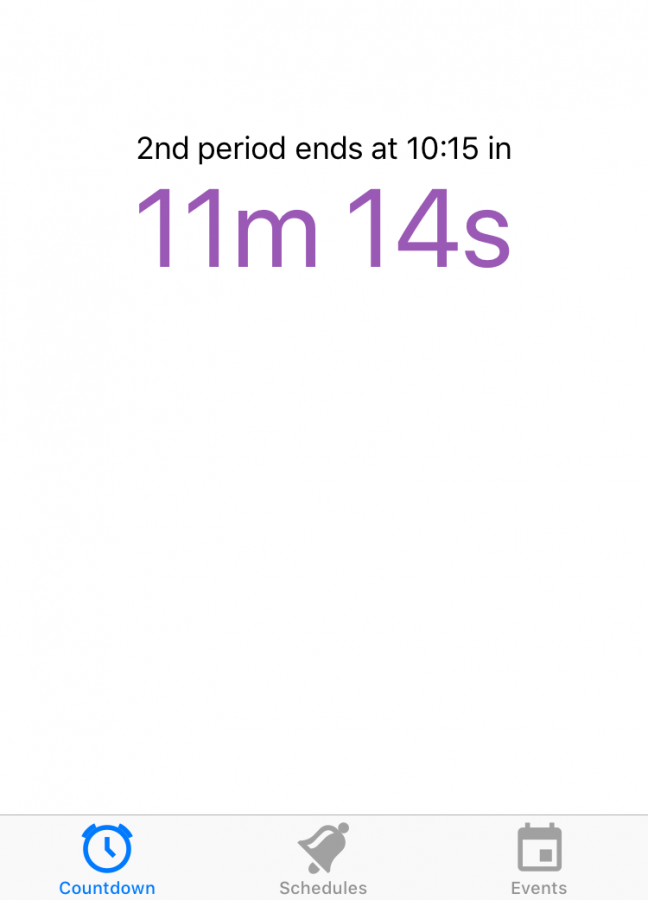 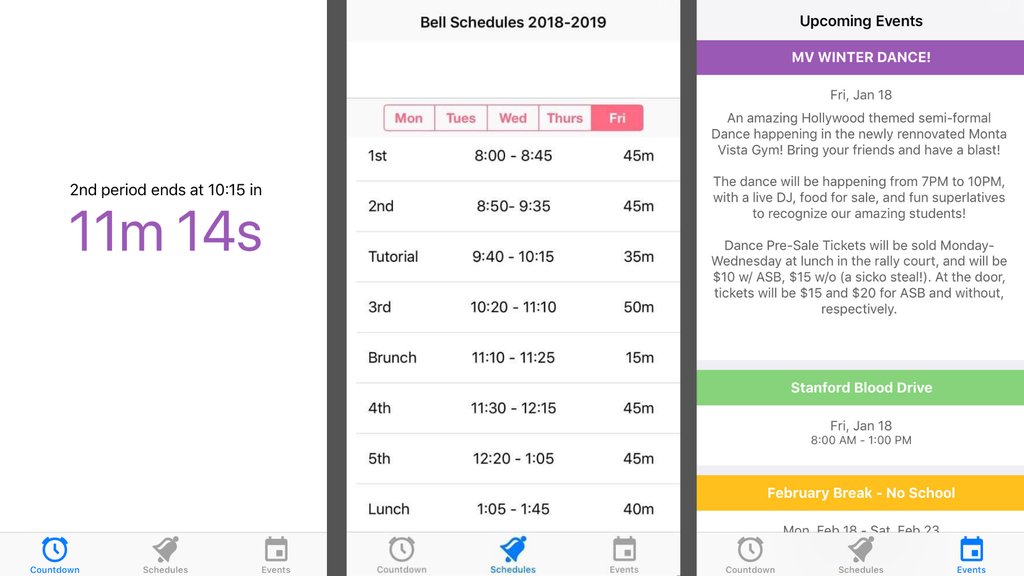 Zheng and Cho, who are both in leadership, are often involved with planning school-wide events and activities. They wanted to find an effective way to reach out to the student body and keep them informed.

“A lot of the time [in leadership], we have problems putting out what we want to say,” Zheng said. “Clubs also have that same issue where student engagement and this idea of promo — the usual methods — are becoming old, like the posters and the announcements. So we took this idea of an app and wanted to apply it to this issue, see how we would address it.”

The process began with Zheng approaching Duan’s sister and leadership teacher Mike White about the idea. While the first version of the app was created by Duan’s sister, Carolyn, who is currently in college, the team decided to expand on it by increasing the number of features available for users. Then, Zheng and Cho decided to recruit junior Daniel Duan, who had more experience with coding, to the team.

Over the summer of 2018, the team began updating and improving upon the first version of the app. Cho and Duan were in charge of coding, with Cho updating the new bell schedule and fixing bugs in the code, while Duan handled the calendar and events. Coding the app required using Swift, an iOS programming language, which gave Cho difficulty since it was his first time using it.

“Daniel’s the only one who’s used Swift before but I was pretty new to it,” Cho said. “So learning the basics of how coding works was pretty difficult at the start, but after a bit, it made sense.”

After they finished coding in August, the team planned on publishing the app immediately, in time for the new school year. However, upon encountering difficulties during the publishing process, they weren’t able to publish the app until November.

Zheng was in charge of the publishing process, which ended up being more extensive than they’d originally expected, requiring communication with MVHS, FUHSD and Apple. For their app to be an official MVHS app, it needed to be registered under an educational license, involving steps such as finding the school’s DUNS (Data Universal Numbering System) number from FUHSD, then applying for a fee waiver for an educational license. Zheng notes that without the educational aspect, the publishing process likely would have been more straightforward, especially as the team already had everything else ready.

“Publishing was the most time-consuming thing,” Zheng said. “In terms of talking to the district, a lot of that stuff took up a lot of time because there was a lot of back and forth and then everyone’s busy around the end of the year. There’s a lot of really frustrating small things that weren’t even related to the coding that actually took a lot of the time.”

Eventually, Zheng was able to publish Monta Vista Official on the App Store in November, and the team began releasing it to the student body. Though they’ve spread word about the new app through the announcements, they hope to continue their outreach efforts.

“I think it’s really cool to see that, not just seeing [people] use it, but one of my friends, Niko — he’s in choir, chatted with me on Messenger and he was like, ‘Just letting you know, this event is [not] on the calendar,’” Cho said. “I was able to go into the Google Calendar that Daniel made and edit. It’s great to see that a, he was using the app and b, we made an app that was able to be corrected in that manner.”

The ability for others, such as club officers or members in Student Life Commission, to update upcoming events on the app is one aspect that the team plans to implement. Currently, Zheng is developing a way to facilitate other users being able to update information. Other aspects they hope to accomplish include publishing the app for Android users and allowing for more user personalization as well.

“If we could, we wanted to see if we could create custom lists for everyone,” Zheng said. “Maybe if they could delete an event once it appears on the list so that they can tailor it to their own taste.”

Zheng also noticed that including all events in the upcoming events tab may be overwhelming for users. To solve this, the team plans to split up upcoming events by type, such as sports, clubs and leadership, so users can filter through the events more easily.

“We plan on continuing to update [the app] so that it becomes an effective tool with even more features, something that is worthwhile,” Zheng said. “Just adding more features and more things that students can use to incentivize this and then it’ll become a better way to reach [out to students].”

Outside of making the app user-friendly, the team also considers functionality for those running and updating the app, especially after they graduate MVHS. For example, the upcoming events tab is directly linked to the Student Life Commission Google calendar, such that new events added to the calendar will immediately show up on the app and no coding experience is necessary to keep the app updated.

“Anyone from a fresh background […] with no computer science knowledge at all can actually use this app and make it work,” Zheng said. “We don’t have to have coders to keep updating which becomes a hassle. [By] having this official app, the school could actually monitor it when we leave as students so its functionality can continue to be utilized in the future.”