A White Christmas: How the MVHS community feels about the lack of snow during Christmas in Cupertino 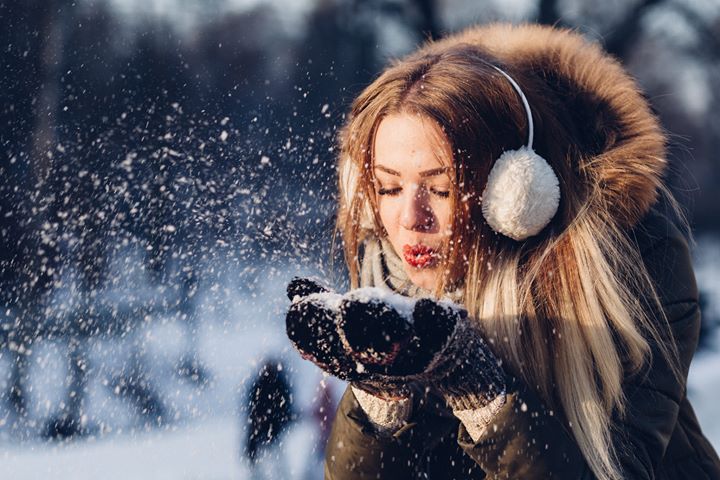 rouched into place, sophomore Katrina Poulter and her sister wait in anticipation for their father to exit the library. With their noses frozen red, the sisters prepare for an ambush, armed with 50 delicately molded snowballs. As the door of the library opens, Poulter and her sister attack, pelting their father head to toe with frozen ammo. Christmas, spent commemorating with snowy festivities and holiday spirit, are seldom seen in snowless Cupertino.

Living in New Jersey until moving to Cupertino in 2010, senior Ananya Saxena agrees with such a sentiment. Similarly for Saxena, Christmas festivities in the snowy East Coast affirmed her sense of community and spirit, which was lost amongst Cupertino’s snowless Christmases.

Reminiscent, Saxena draws upon nostalgic recollections from the East Coast.

“You get more of the general vibe of holiday cheer just because it’s colder and snowing, but then also [it’s that] people decorate their houses and put the lights up and do all this themed stuff around the end of Thanksgiving or the beginning of December,” Saxena said. “Our fire department did this thing where they would send out a fire truck with a Santa dressed up in it to different neighborhoods, and he would throw out these little candy canes.”

With a prominent absence of snow in Cupertino, a number of local residents vacate to snowy cities for Christmas. For Poulter, Christmas’s alluring spirit dissipates without the presence of snow. Poulter also believes that snow’s presence redefines the joyous features of Christmas, as it serves as a definite stress reliever.

“A lot of times, we don’t have time to do things we want to do because of the stress and pressure school often puts on you,” Poulter said. “When there’s snow, it just brings out this excitement and this playfulness that a lot of people forget because of all the stress they have.”

Contrary to Saxena and Poulter, history teacher Scott Victorine believes that though snow harbors Christmas festivity, it is an inconvenience.

Additionally, Victorine states that he would occasionally visit snowy locations such as Lake Tahoe, but would dislike dealing with snow on a regular basis.

“[Snow] is pretty for a white Christmas and it looks nice,” Victorine said. “I don’t know if I would want to live [with it] and have to shovel snow and deal with that. Snow does lend itself to feelings of winter and the holidays; people tend to think of those things. [Winter] would be more festive with snow.”

Saxena also believes snow is a key facet of Christmas.

“The weather is definitely a factor in [the holiday spirit],” Saxena said. “Out here, if you look, you can’t tell that it’s [winter] because in general it’s sunny and relatively warm; it’s a different vibe. But I think specifically in Cupertino, where people are focused more on practicality, [no one really wants to] decorate their entire house for two months and then take it down.