Sports Analytics club holds its first meeting of the year 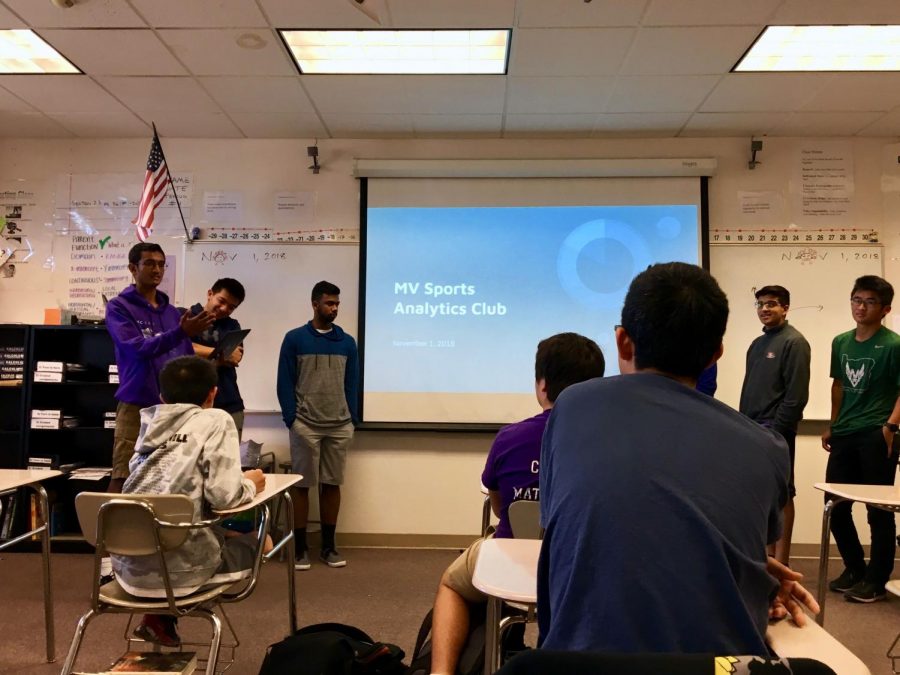 ports and math — the two topics that seniors Karthik Guruvayurappan and Vishnu Palaniappan combined when forming Sports Analytics Club. This new club is a way for students to analyze and discuss statistics that appear throughout sports via a common medium — fantasy sports. After being approved by the Legislative Council, the Sports Analytics Club held its first meeting on Thursday, Nov. 1.

“Fantasy sports have been something I’ve done throughout high school,” Guruvayurappan said. “I’ve seen that in the school, we have a lot of fantasy leagues and groups here and there and I [thought] it would be good idea to bridge them all together into one place and have fun.”

Over recent years, fantasy sports have increased significantly in popularity. And it’s because of this trend that Palaniappan and Guruvayurappan decided to found the club. While the club’s primary focus is to conduct analysis of sports statistics, math teacher and adviser Alan Wong says one doesn’t need experience playing fantasy sports in order to participate in the meetings.

Junior officers Jeremy Wu and Kyle Tsujimoto hope to put emphasis on other fantasy sports, not just the two most popular ones, basketball and football. Wu lists hockey and baseball as possible additions.

As the club continues to hold its meetings, Guruvayurappan hopes that the appeal of fantasy sports and math at MVHS will lead to an increase in participation and members. Guruvayurappan also says the club could potentially branch out beyond fantasy sports in the coming years and analyze statistics from MVHS’ sports teams. However, for now, Guruvayurappan doesn’t want to lose sight of the purpose of the club — which is for members share a common passion for math and sports.

Currently, the club’s eight-person officer team is playing in a league for fantasy football. They enjoy the competitive environment, and appreciate playing against one another because they all share a similar passion for fantasy.

“It’s really fun and competitive,” Guruvayurappan said. “We’ll always be discussing trades and other parts of the league. Since we [as officers] are having so much fun ourselves, we want others to [join the club and] have fun too.”