Psychics be crazy: my experience with a psychic reading 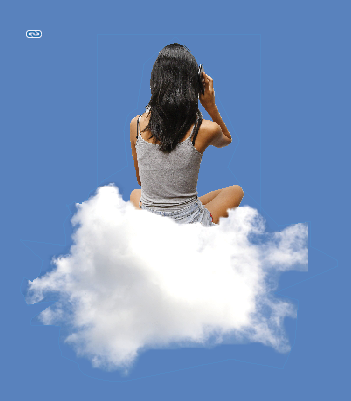 “This is not just some random dream.”

This is what Star Torus, a psychic from the website AskNow, told me over the phone.

In my recurring dream, I am young, with my childhood nanny and brother, all upstairs. A violent hog, able to open doors but not climb stairs, opens our front door and stands at the bottom of our staircase. For some reason, the three of us see no other alternative other than to jump off the staircase, one by one, and get eaten by the hog. I always jump last.

When I was first faced with the prospect of going to a psychic to get this dream analyzed, I was curious — what would they say? Could they really tell me what the dream meant, if it meant anything at all?

But that curiosity soon turned to apprehension and dread. I thought psychics were crazy, and my imagination ran wild. What if they got into my head and made me believe something completely irrational? What if they actually told me some dark, undiscovered secret about myself that I didn’t already know? These questions kept circling in my head, scaring me.

Yet, my curiosity got the better of me, and I chose to get a reading over the phone; it seemed safer. After talking to a customer service person, an automated machine, and listening to hold music for 20 minutes, I finally reached a woman who called herself Star Torus. As she started telling me the various things she thought my dream meant, I was incredulous, and found myself struggling to stifle laughter.

The first explanation she told me was that I had ancestor trauma.

“One of my gifts is that I can see into your genealogy,” Torus said. “I can see your ancestors, what issues they’ve had. The belief is that you actually inherit these traumas from your ancestors.”

Her initial belief was that I was somehow experiencing problems in my life due to the bad deeds of my ancestors two or three generations back. The collective suicide in my dream, then, means that I “basically gave up [my] life for the past,” Torus said.

As she tells me this, I think to myself, Does she actually believe the things she’s telling me? How is she even coming up with this stuff?

The vague nature of her dream analysis became even cloudier when she cited where her insights came from. More than once, she said the idea of ancestral trauma came from “native belief,” which means absolutely nothing. Native to who? Where did it originate?

When I researched ancestral trauma after the reading, there was little credible evidence of its existence. All examples of transgenerational trauma relate to intense tragedies like the Holocaust and the Great Depression — things neither I nor my ancestors have experienced. And, I don’t trust Torus enough to even investigate the possibility of ancestral trauma in my life.

The absurd credentials Torus and other psychics have revealed how much of their profession is based on their clients’ blind trust and belief. Someone labeling themself as a psychic is all people need to believe what they’re saying: no credentials necessary.

The second explanation Torus gave me for my dream is that I’ve experienced trauma I don’t remember. She tells me multiple times how worried she is for me.

“It’s very scary. I feel terrible to tell you this, but … something has terribly happened to you.”

There is something quite unsettling about someone telling you that something terrible has happened to you, when you know that nothing has. It seems as if readings can be very hit or miss — for all Torus knows, there was a traumatic event in my life. If there had been, I would have been much more easily convinced of her reading.

I realized that’s probably what happens to many who continue to trust psychics. What psychics say must be vague enough, must be lucky enough, for their client to resonate and connect with.

Going into the reading, I wouldn’t have even called myself a skeptic; I had no faith whatsoever in the psychic. I strongly believed that psychics were completely off their rockers, and that their profession and livelihoods were basically a joke. I could not understand how any logical person could trust a psychic to tell them about themself, and actually believe what the psychic says.

For some reason, I am disappointed to say that my opinion of psychics didn’t change after my reading. I had hoped that I would be able to understand where psychics were coming from or why people went to them for advice in the first place.

Yet, the idea of having crazy intense dreams and wanting to understand them is not a foreign idea to me. I have complicated dreams, evidenced by the hog dream, all the time, but don’t spend a lot of time trying to figure them out. I don’t have a problem with people analyzing their dreams; to me, the idea of keeping a dream journal and speculating about what dreams could mean isn’t unreasonable — in fact, many do.

What seems so strange to me is that psychics are managing to convince other people that they can tell them what their dream means, and that they’re making so much money off of that illogical trust. The insanity of their profession was only further reinforced at the end of my reading, when I asked Torus if she could tell me something more specific.

“Yeah, that’s a good ques-” she responded, before being cut off by the automated phone system. My paid 15 minutes was up, and AskNow wanted to charge nine dollars for another minute. I hung up. Nothing she tells me is worth the time or money.