Lucid dreamers reflect on their most vivid dreams 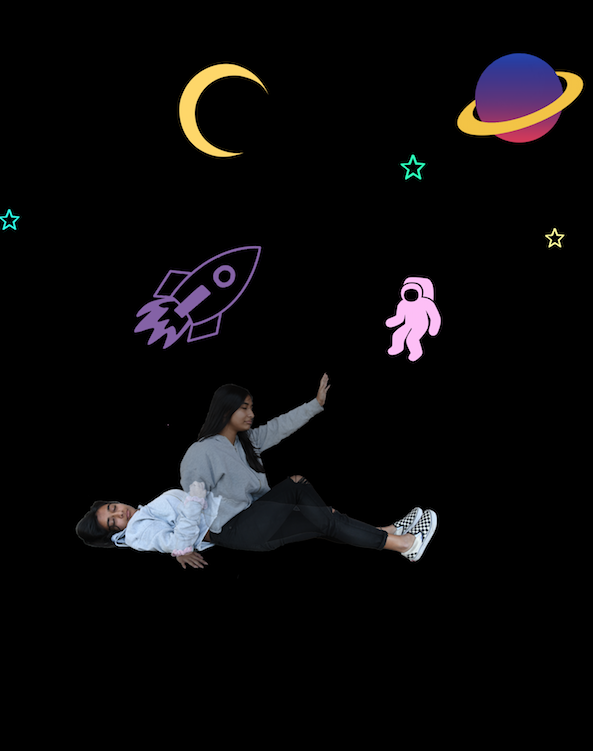 ruising along the streets of San Francisco, she lazily shifted her gaze to the passenger window. Glancing up, her eyes widened as she stared, transfixed, Van Gogh’s “Starry Night” twinkling back at her in the sky. Smirking to herself in hopefulness, she reached towards her arm and pulled her skin, watching in amazement as it stretched limitlessly. She then dove out the window, rolling to her feet and sprinting through the strangely empty streets of the Golden City. With the wind flying through her hair and her toes barely skimming the ground, she was determined to take flight.

Blood was pumping through her head and she was almost there, almost airborne — just to wake up under the cozy covers of her bed. Breathing deeply, she simply lay there for a few seconds, a minute, an hour, frozen in awe and wonder.

Just like that, it had happened. It was 3 a.m. and sophomore Pearl Raina had just woken up after lucid dreaming for the first time. Raina, intrigued by the concept of lucid dreaming, did research to guide herself through the process.

“One thing about lucid dreaming is that it’s really fast,” Raina said. “I had the lucid dream for 10 minutes and then I woke up again. You snap out of it when you lucid dream the first time. Once you actually know how to control it and be comfortable, you can extend that time.”

According to Dr. Clare Johnson, president of the International Association for the Study of Dreams, lucid dreaming is a state of dreaming where one is aware of the fact that they are dreaming even during a dream. Though it is not necessary to qualify as a lucid dream, this self-conscious awareness enables the dreamer to guide and shape their dream as they wish.

“Scientific studies show that lucid dreaming can even help us to improve physical skills such as swimming and kick-boxing , because when we practice these skills in a lucid dream, we

strengthen the muscle memory and neural pathways related to that activity,” Johnson wrote in an email. “The only negative health effects might be lack of sleep when a person becomes obsessed with getting lucid in their dreams to the extent that they disregard the need for deep, recuperative sleep.”

Lucid dreaming occurs in the rapid eye movement (REM) stage of the sleep cycle, similar to regular dreaming. When compared to non-lucid REM sleep, certain parts of the brain are more active than others when lucid dreaming. According to Johnson, lucid dreaming has many health benefits including nightmare relief and easing anxiety and depression.

“There are many techniques for becoming lucid in a dream,” Johnson wrote. “It’s possible to enter a lucid dream directly from the waking state, by observing the hypnagogic (pre-sleep) images that arise in our mind’s eye as we are on the cusp of sleep, and then following these into a three-dimensional, moving dream scene.”

Johnson had her first flash of lucidity at the age of three. As she grew up, she continued to lucid dream, and as a result, decided to pursue it in an academic context.

“There is a surge of hyper-aware consciousness when we get lucid, and the dream imagery responds by becoming super-vivid and clear as if even dream armchairs and dream pebbles are alive, conscious entities , ” Johnson wrote. “It is quite astonishing and marvelous when it first happens, as there is a deep sense of wonder present. This feeling of delighted discovery tends to remain when we wake up from a lucid dream and can enhance our daily life.”

Junior Anika Mittal, in contrast to Raina, is a regular lucid dreamer and experiences them once a month for the last five years.

“I just thought [lucid dreaming] was normal for some reason,” Mittal said. “I just thought, ‘okay this is cool’ and I just kept on going, and then this week [my friends and I] started talking about lucid dreaming, and I realized that I lucid dream, and that it’s not normal.”

According to Raina, in order to gain control, one first has to realize they are dreaming. She uses a metaphor of a painting to describe the process of recognizing if you’re in a dream.

Raina’s favorite part of lucid dreaming is having control over it. She enjoys creating a plot and manipulating her dream to fit that story.

“One thing is that once you learn how to lucid dream, it is the coolest thing ever,” Raina said. “Because for my dreams, I like storylines, so when you can actually control it, and it’s the oddest experience because you can control everything. One second you can feel like you’re eating chocolate and the other second you’re running.”

In contrast, Mittal’s favorite aspects of lucid dreaming are the freedom and adventure that come along with it.

“[Lucid dreaming] was super exhilarating,” Mittal said. “Whenever [lucid dreaming] happens, I love it so much. I want to just keep on dreaming because it’s like I’m living in a different life that I could never have.”