A look back at Model UN’s first month 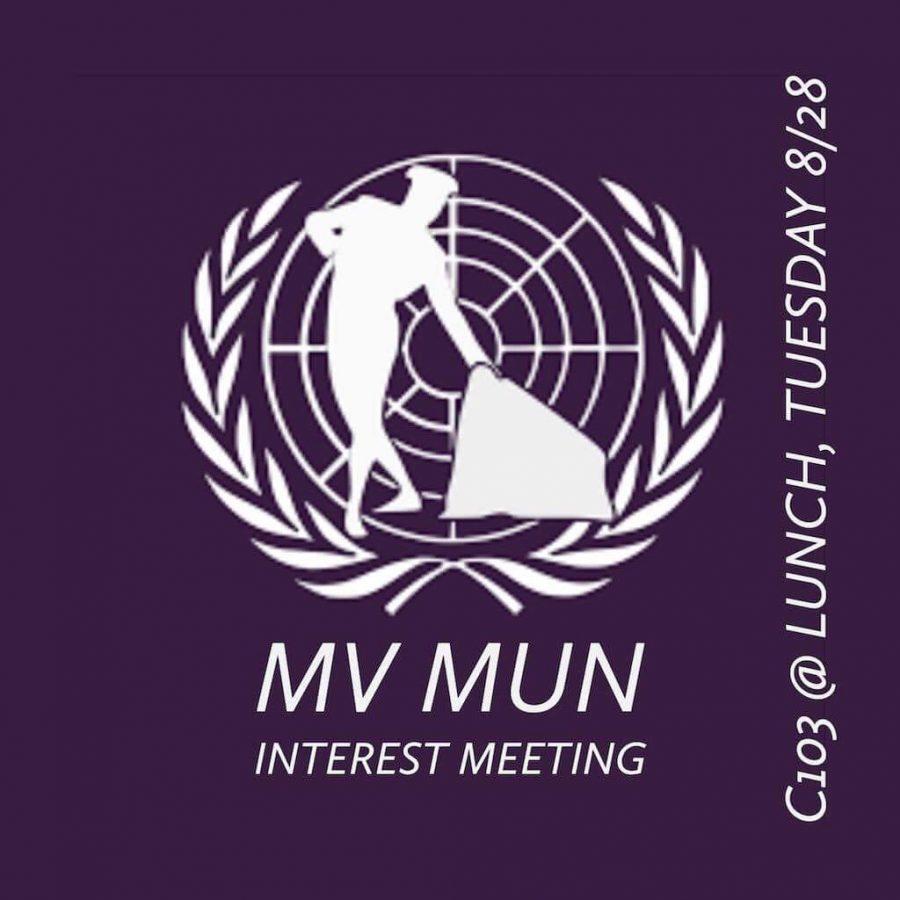 Almost 90 MVHS students congregate in C106 during lunch, some talking loudly amongst one another and others wolfing down food. During the interest meeting, most aren’t talking about global politics, but the ones that decide to stay in the upcoming months certainly will be — not because MVHS students are currently creating tangible change that may solve the world’s problems, but because some have a means through which they can devise solutions — Model United Nations.

According to Model UN vice president Jiani Tian, the club simulates how the United Nations works — students discuss beliefs and policies the same way countries would discuss them, gathering together in a conference and debating issues such as refugees, global disease eradication and climate change.

“A lot of the speaking and debate-based clubs on campus don’t focus on the political aspect of things,” Tian said. “But especially in our world right now, knowing politics is so important and MUN really brings that to the table.” 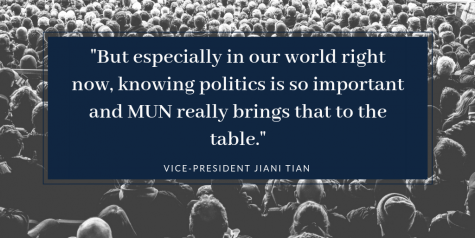 Co-president of Model UN Amit Chandramouly has been actively competing for six years. Starting MUN in the seventh grade in India, MV’s MUN was a familiar reminder of home when he moved to California his freshman year. Besides being an avenue to escape dull lunches, for Chandramouly, the most unique aspect of MV MUN is that even though it has a focus on politics, it still offers a wide variety of avenues to pursue. For instance, one conference could be spent talking about genetic engineering, while the next one could be spent talking about illicit arms.

“Say you’re super passionate about biology and immunology,” Chandramouly said. “You can follow these interests by being part of a committee that talks about diseases, how to combat them on a global scale and how to help countries without the infrastructure and resources to combat it. You’re incorporating things from the international relations world, diplomatic relations world, as well as your biology passion.” 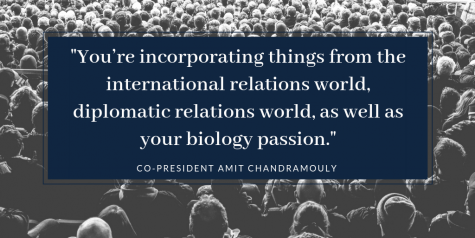 According to Tian, MUN is off to a great start this year. She says it was no surprise that a lot of new members show up to their first meeting, since they are typically one of the larger clubs on campus.

Chandramouly agrees that the meeting went well, but it was a bit overwhelming with the huge influx of new members, which added on the uncertainty the beginning of the school year may bring.

“The biggest part of figuring out how to make sure meetings go smoothly is to make sure that you’re all on the same page,” Chandramouly said. “I think there’s a lot to learn. This is the first time we’ve had so many people show up and we aren’t used to handling 85-90 students, so it was an experience to coordinate between so many different groups and figure out how exactly to split them up into mentor groups and who’s going to be doing what.”

According to Chandramouly, a big struggle MUN has faced over the last couple of years has been time management. They only have 45 minutes at lunch every Tuesday, and a part of this time is also taken up by announcements, so members who don’t receive much personalized attention due to this time constraint tend to drop off.

However, the officers have attempted to resolve this issue.

“This year, we’ve developed a new training curriculum where they’re paired up with mentor groups and [who] work with them throughout the year to develop their skills and attend conferences together,” Tian said.

Training officer Nelson Mu feels that this solution is feasible and seems to be working already.

“This year, specifically, we decided to take in more training officers so that we can give more delegates the training they need, and make sure everyone can succeed,” Mu said.

However, MUN is not just a club of politics. Mu believes it’s a culture that stretches far beyond that, especially because of the time members spend together at tournaments.

“We [bond] over talking about not necessarily current global issues, but also personal lives,” Mu said. “You get really close to the people in your competition even as you compete and MUN offers you this unique ability to find new people and meet new perspectives.”