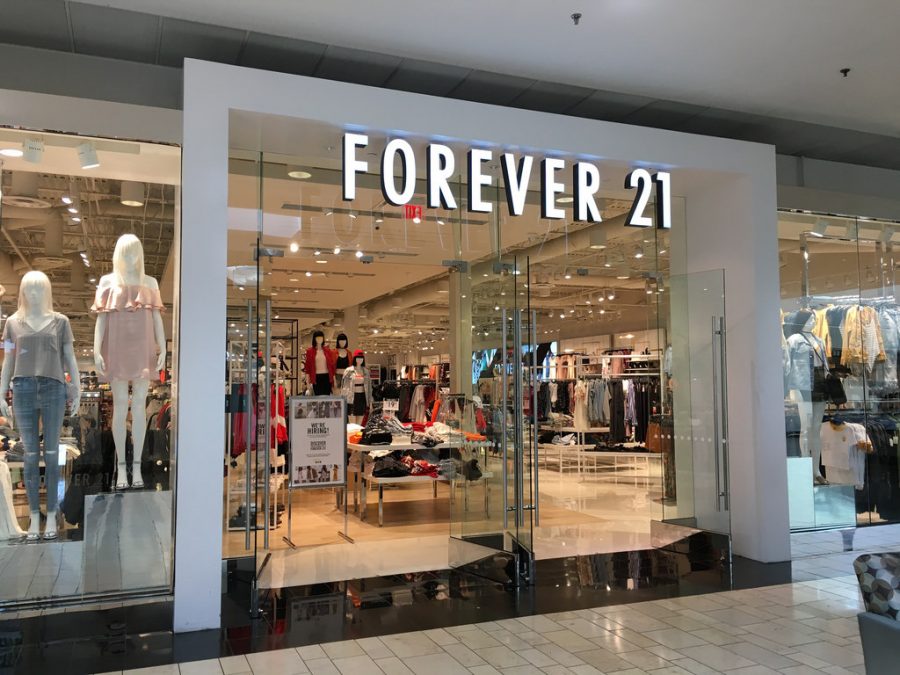 With a seemingly endless cycle of what’s considered ‘fashionable,’ the demand for new trends is at an all time high, McKinsey&Company studies. With high-waisted short after off-shoulder top after fishnet tights, clothing industries are pressured to formulate a method to accommodate demands at a rapid pace and a cheap price.

And they’ve done just that. 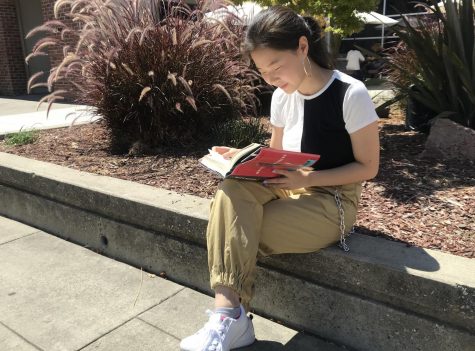 Senior Danielle Heo is pictured in a casual, trendy attire.

Fast fashion is a term coined by fashion retailers for apparel intended to be made in large quantities at a quick, cheap rate. Senior and Fashion Club social manager Danielle Heo is familiar with the method of manufacturing and purchasing.

“It’s like how people manufacture a lot of clothes and then people will buy them, and then they just throw them away and buy new clothes really quickly,” Heo said. “[People do it] instead of buying expensive clothes and wearing them for a long time.”

Scientific research supports shopping for new clothes to be associated with control and relief — studies delve into the impulsivity, pleasure and illusions of the shopper. Associate professor of psychology Rick Howell at San Francisco State University reveals in his studies that a consumer shops with the idea of scarcity in mind: if it’s not purchased now, it’ll never cross paths again. This is an instinctual mindset which promotes purchasing items, even though there’s no immediate need for it.

Heo recognizes another attribute to the rise of fast fashion: an inevitable cycle of hoarding.

“[People] like hoarding stuff — that’s what I think,” Heo said. “Older generations [prefer] quality over quantity, whereas our generation thinks quantity wise. They just like brand new outfits every day.”

Art teacher Brian Chow agrees, understanding that fast fashion stores like Forever 21 and H&M are targeted towards a younger demographic that feeds into the quick and affordable styles. 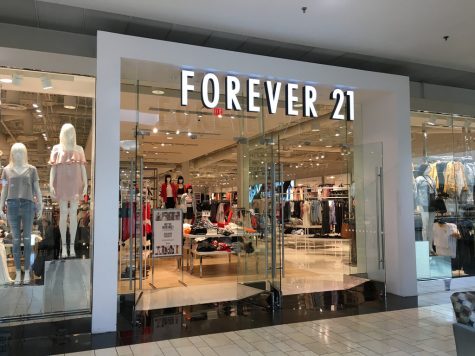 Business Insider’s article, “The Competition Should Be Terrified Of Forever 21,” confirms Chow’s analysis, stating “A broader set of customers are being gobbled up by the retailer as it releases new lines targeting men and older demographics. Yet, at its core, Forever 21 still has a similar target as the big teen retailers — 18- to 24-year-olds.”

As the customer demographic for trendy styles have been strategically targeted, fast fashion stores can also greatly credit their cheap manufacturing for their success. Cheap, people like Heo agree, is psychologically more appealing, even if it comes at the cost of poor quality or sourcing. In 2006, researchers from the University of Michigan set out to investigate this phenomenon: were buyers were willing to purchase better-sourced items for a increased price?

They outlined their experiment with socks, labing

a certain rack with “Good Working Conditions,” and the other with no unique label. While the socks marked with good working conditions significantly outsold when put at the same price, their success plummeted as the price increased.

“When the price of the labeled socks was five percent higher, the proportion of takers dropped to 37 percent,” The New Yorker reported. “When the special socks were 30 percent more costly, only 24 percent of customers chose them over the unlabeled socks.”

As fast fashion stores have secured a place in the shopping culture of young adults and maintained an impassable cheap price, it begs the question: Is there really any gain from all this?

For Heo, cheap and trendy clothes allow for fashion experiments and developing her unique style. While admitting fast fashion does introduce a large audience to a similar fashion sense, Heo believes that people would dress similarly regardless of manufacturing. For her, it provides a sense of comfort.

“I find really weird pieces sometimes; I just like to mix them in with normal

things and I think that [fast fashion] helps [in that sense,]” Heo said.

With a large segment of marketing strategies targeting seasonal apparel and new arrivals, the persona of the fast fashion store is presenting itself as one that recognizes its clothing as quick and short-lived. Chow, like Heo, doesn’t necessarily deem that a negative attribute, acknowledging that there is a personal touch behind the variety of clothing that fast fashion provides. He dubs those who delve into the quick and short-lived outfits, “fashionistas.”

trends has benefits for retailers, Mishra noted, there is a stripped sense of individuality for the consumers.

“A lot of people want to look like what’s trendy and what’s cool, so they’ll buy [from] similar stores [and purchase similar things,]” Mishra said. “And I think there’s a certain degree of uniqueness, but mostly [they all dress] the same.”

Varying opinions debate what fast fashion has done for the buyer, but more covert is what fast fashion has done for factory working conditions. Following the rapid globalization of fashion in the late 1900s, a network of manufacturers were implemented worldwide to compensate for the high-demand trends with bulk-manufacturing, oftentimes in countries with few regulations.

Yet, the impacts of the factory workplace can be seen in the United States. In 2016, the U.S. Department of Labor investigated 77 Los Angeles garment factories and found that workers were paid as little as $4 and an average of $7 an hour for 10-hour days spent sewing clothes for Forever 21, Ross Dress for Less and TJ Maxx, the LA Times reported.

Chow also believes an overwhelming majority of people are not conscious about the processes that lead up to the $5 t-shirt on clothing racks across fast fashion stores. A significant contributor to that, he believes, is the dissociation buyers have with the sourcing of their products.

“It’s almost a mental laziness or a consciousness they want to avoid, but I think the reality is, as human beings, we can only accept so much negativity,” Chow said. “There’s a huge disconnect, so we just [ignore such problems] and we put this filter in.” 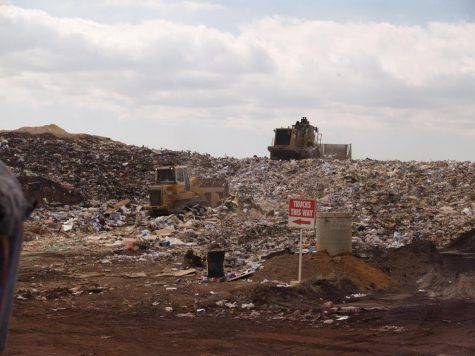 In fact, what happens towards the end of a clothing item’s lifespan is often looked over. Although textiles consume a smaller portion of landfills in comparison to other municipal solid wastes, the mere 5.2 percent totalled to 13.1 million tons of mostly non recyclable waste in 2011, according to an EPA report of that year.

Heo believes that while fast fashion is an attractive method of consumerism on the surface, where her clothes end up is also valuable. And that’s not just a one-person mentality. Heo observes an up-and-coming movement to endorse clothes that were both manufactured and disposed of sustainably.

“Recently, I feel like a lot of Youtubers and influencers — they can really feel like beacon things on lifeline, like sustainable clothing,” Heo said. “I feel like that’s kind of becoming a bigger movement nowadays.”

Although better sourced clothing, as the University of Michigan studied, is more appealing to the buyer, movements to endorse sustainable clothing comes at the cost of supportable wages for factory workers, well-sources textiles and improved methods for recycling. And for that, the consumer must ask if they are willing to sacrifice the cheap price, quick availability and a being a “fashionista.”