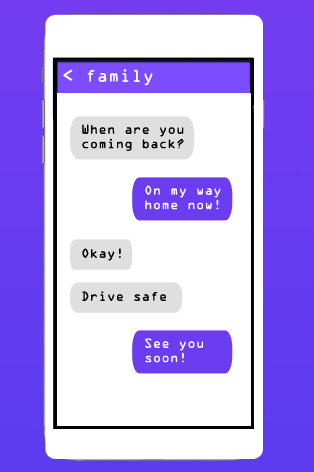 With the installation of phone apps such as Life360, it has become easier for parents to track their teenager’s whereabouts and other miscellaneous information, such as the speed they’re driving or how much battery is left on their phone. In essence, it has become possible to live under 24 hour surveillance with the installation of an app. These features may provide parents peace of mind and also allow them a little more control over their children.

According to Life360’s Vice President of Marketing Ariana Hellebuyck, the app is meant to protect and connect families, specifically through its location sharing, driving and coordination services. The company was first started in 2008 by co-founders Chris Hulls and Alex Haro. After Hurricane Katrina, Hulls and Haro felt inspired to figure out a better way to locate family members after any kind of disaster, leading to the development of Life360. Over the next eight years, they’ve expanded from natural disasters to more everyday applications, such as figuring out whether a child has been picked up from school or if anybody has arrived home.

“What [Hulls and Haro] envisioned was a service to really be part of your life in all encompassing way [and being able to] very much [meet] all types of needs with your family and your everyday [needs],” Hellebuyck said. “So what [does] Life360 mean, it [is] really about how we’re there for you at all moments of the day, during all aspects of your life.” 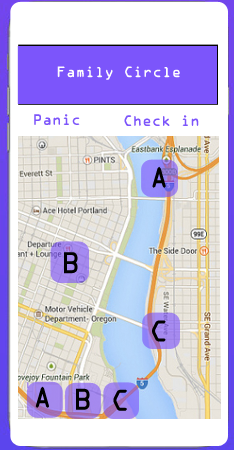 Senior Manav Shah and his family use Life360 to communicate during times of urgency. His family downloaded the app earlier this school year. At first, Shah didn’t mind the download, as he wasn’t aware of the specific features and expected his parents to only use it if there is an emergency. However, he explains that the app has developed into a bit of a hassle. Whenever Shah is driving, his parents are notified of his phone usage, sudden rapid acceleration, hard braking and the top speed of the car.

“The biggest thing is that they know anytime I’m driving or I get into a car, just because even if I go somewhere during school [hours] to pick up something, they’ll always suspect something,” Shah said. “They think that I’m doing stuff that I shouldn’t be doing when I’m really not.”

Shah often receives messages from his family asking him why he is at his current location and where he is going. He believes his parents altered the settings so they are instantly notified of his location.

“The only thing I can do on my end is check where they are,” Shah said. “The app really hasn’t helped me out [beyond that].”

Shah admits that he’d rather not have the advanced features on this app. He is fine with a standard app that tracks his location but considers the reports on his driving overwhelming and extreme.

However, Jitesh Shah, who is Manav’s father, is thankful for the app. A couple of months ago, he had woken up around midnight and realized his son wasn’t home yet. Initially, Jitesh was a little worried and frantic until he checked the app, which showed that his son was at his best friend’s house. He acknowledges, jokingly, that he can keep track of his son if he decides to sneak out.

“It’s just always on my mind now,” Manav said. “When I’m out, I have to be like, ‘Okay, they know everything, so I have to really make sure I don’t screw up.’”

Jitesh first heard about the app from family friends, and decided to download it for the family because Manav had just started driving. They were a little anxious about letting him drive long distances by himself. However, Manav is now entering college in the fall. While Jitesh doesn’tmind keeping the app, he also doesn’t want it to be uncomfortable for his son. Although Manav hasn’t had a major conflict with his parents, they’ve quarreled a bit regarding the app. So far, he hasn’t found any positives to the app. However, according to Hellebuyck, the app has positively impacted families with autistic children, allowing them to gain more independence, and also assisted divorced families in being more coordinated. For Manav’s family, his parents usually use the app if they don’t have a clue how to reach them. For example, if they’re in the mall and in different stores, the app comes in handy if one can’t hear the ringtone or isn’t paying attention to their phone.

Manav believes his parents installed Life360 specifically because he doesn’t have an iPhone. If he had an iPhone, his parents would have likely used Find My iPhone, which isn’t as extreme: it only reports on the location and amount of battery left on the phone.

“Before I go to college, I plan on getting an iPhone so then I’ll tell them we can just stick with Find My iPhone,” Manav said. “I don’t think there’s any need for [an app like Life360].”

Unlike Manav, senior Trisha Anand and her family only use Find My iPhone to locate each other. If Anand does not pick up her phone, the notifications will not subdue until she responds to the alert.

“I was once taking a practice SAT … and it went off during the SAT,” Anand said. “It was just embarrassing and I had to turn it off.”

For Anand and Manav, there can be some pressure from being under surveillance. Anand has left her phone with friends or in the car.

“There’s [also] been an instance where I [tried] to turn off location services once but they got an email,” Anand said. “I was just like, ‘Oh I didn’t know, I was playing around with it,’ and that didn’t work.”

Hellebuyck acknowledges that teenagers may feel constricted by the app. And as important as safety is for parents, the company is very welcome to ideas on how to make the app more valuable, happy and exciting for teenagers to use.

“One of things we’re really looking forward to and open it up and would love to talk to students and other students about is how we can make the app more useful for them so it doesn’t feel like it’s hindering any independence or you’re being watched all the time,” Hellebuyck said.

Besides checking her location, Anand’s parents will also check the battery percentage of her phone. If the phone dies, the current location of the recipient is put on a pause at the location where the phone turned off. Her parents will then contact one of her friends instead. However, in the future, Anand doesn’t think her parents will check on her location as much as they do now. Not only will she be a college student, she’ll also be out of state.

“I don’t think there’s a need because I’m going to Texas,” Anand said. “I don’t think they would see or really know where I am, or like what buildings, they just see that ‘Oh, she’s at the university.’”

However, Anand understands her parents’ anxiety. If she were a parent, she believes that she would also be similarly worried if her kid didn’t respond. While she might use Find My iPhone, she thinks that Life360 is too intrusive. Manav holds a similar viewpoint. Letting his family track his location is a feature he is okay with — he’d consider downloading an app like that for his own future family. However, he still considers the notifications about his driving intrusive.

“I just told them, ‘I don’t think there’s a need for you guys to know that much, like I’m eighteen, I’m independent, I can make my own decisions [and] I know what I’m doing,’” Manav said. “So that’s my approach to it.”

Hellebuyck considers that the app can be helpful for users of any age, although the age at which to download or delete the app is ultimately a conversation between the families. She believes families should decide as an empowered team the optimal time to use the service.

“It’s really about staying connected with the people who matter most to you,” Hellebuyck said.

Jitesh is in agreement. As long as the parent and the kid understand it’s more meant for emergencies, he thinks it’s a great app. For example, if there’s a crash or an emergency, the app will alert the family members.