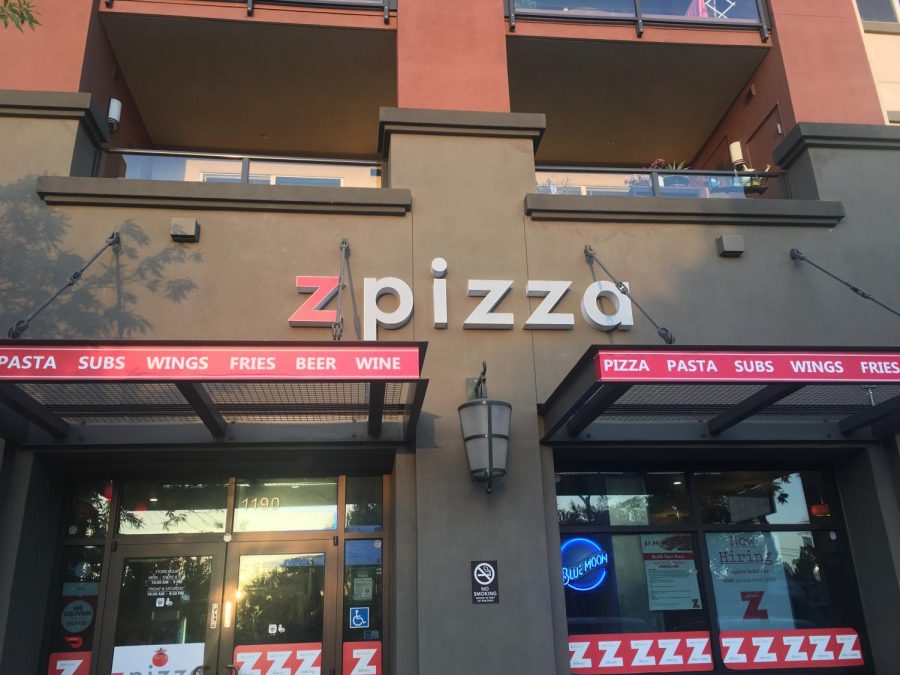 Twice a month, El Estoque goes to restaurants around the area and takes a chance by asking the waiter to suggest food for us to try. This week, we concluded the alphabetical theme by going to zpizza in Sunnyvale.

Zpizza is a small pizzeria known for takeout and catering services, although it also has a quaint seating area for in-restaurant dining. The casual setting is completed with bar stools and a small side counter, as well as a few tables scattered throughout. The leaky roof, however, calls for customers to constantly be cautious when walking across the restaurant. 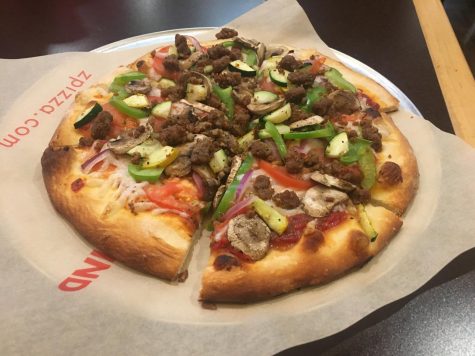 This vegan alternative to pizza not only allows for a wider range of customers to enjoy the restaurant, but also happens to be one of the most popular dishes on the menu. This pizza is topped with a sprinkle of spicy vegan sausage, imitating the taste of a meat pizza in a completely vegan dish. However, the pizza didn’t do any real justice to its reputation. The cheese had a fluid-like texture, taking away from the enjoyment of the heavenly first bite, as it unwillingly gushed off the crust. The sausage was an unnecessary element to the pizza, as there were already too many vegetable toppings, such as onions, zucchinis, tomatoes and mushrooms. Essentially, the massive intake of flavors caused a clash between a few toppings that didn’t compliment each other. 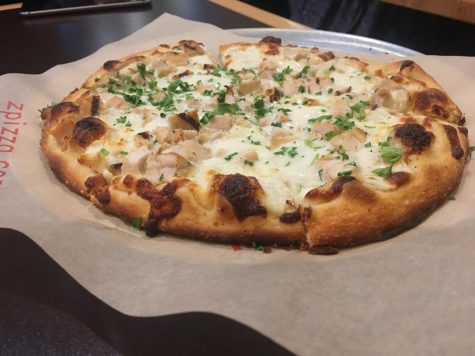 This dish is another best-selling item at zpizza. The pizza is made with alfredo sauce and topped with garlic and chicken. Despite its simplicity, this dish was only satisfactory. The presence of the garlic in the dish was prominent without overpowering the flavor of the sauce and the chicken. The crust was a nice medium between thick and thin and was not excessively crunchy. The cheese on the pizza was airy, making each bite a savory experience. However, the cheese in the alfredo sauce mixed with the strong cheese of the pizza was a bit overpowering. There was ultimately no flavor that made the pizza unique – each bite seemed to have more cheese than the last. 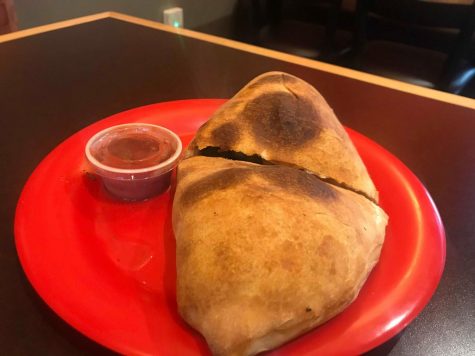 The calzone was the most disappointing dish of the three. When served, the entire dish was soaked in sauce that had spilled out, causing the entire outer layer of flavorless crust to taste soggy. The vegetables inside were not evenly distributed, so the full flavor wasn’t attained with each bite. The artichoke, specifically, appeared too often in the dish and overpowered the rest of the vegetables. However, the addition of a small amount of marinara sauce on the side greatly helped the dish in terms of taste.

Overall, zpizza provided no more or less than any other standard pizzeria. However, it is a casual and comfortable hangout with a wide selection of pizzas, salads, sandwiches and calzones to choose from. The ambience as well as the impressive assortment of options is definitely enough to make the dining experience worth it.