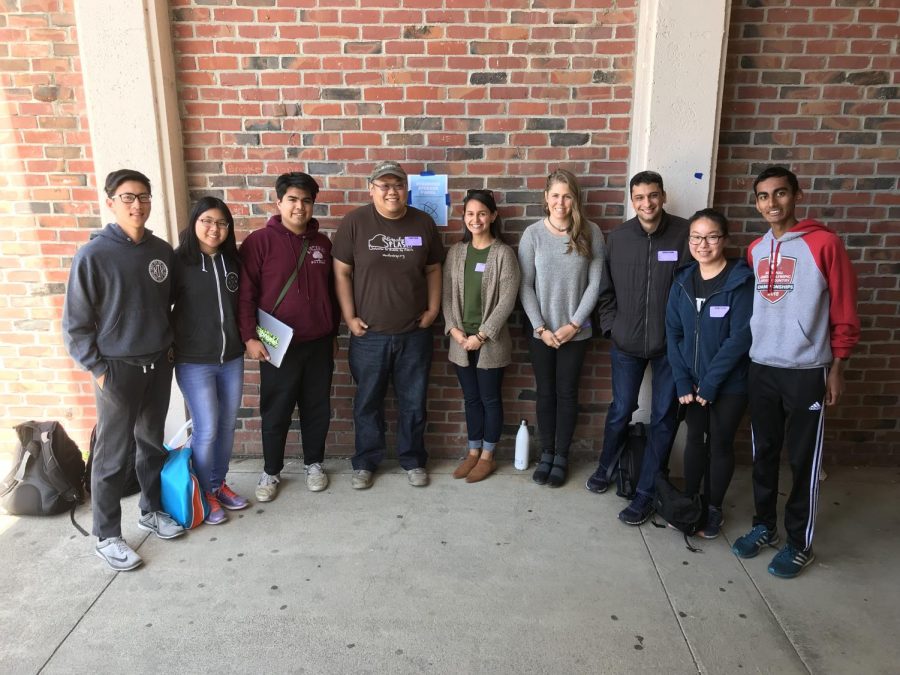 On April 30, Science National Honor Society hosted a long anticipated Stanford Speaker Panel, inviting five postdoctoral scholars to speak about their experiences working in the Stanford Center for Computational, Evolutionary and Human Genomics (CEHG). Over 30 SNHS members participated, asking the scholars about their unique backgrounds and their journey to researching at Stanford. Keep reading to learn more about the research of Rohan Mehta, Alice Popejoy and Jessica Ribado.

Inspired by his AP Biology teacher, Mehta received his undergraduate degree in biology and mathematics from the University of California, San Diego. He is finishing up his PhD at Stanford University as part of the Rosenberg lab, a mathematical, theoretical and computational lab in genetics and evolution. He is currently looking at population genetics, specifically genetic variation and the relationship between ancestors and descendants.

“The pattern of genetic variation can tell you something about what happened to the population in the past,” Mehta said, “whether it was part of another population and they split, was there migration between two populations, did the size shrink and increase.”

Popejoy double majored in French and biology at Hamilton College, and received her PhD from the University of Washington. She is currently researching the evolution of light receptor genes in the Bustamante lab, as well as further studies on race, ethnicity and ancestry.

In addition, Popejoy is developing a survey for doctors and genetic counselors who order genetic tests to answer the question of how they view race, ethnicity and ancestry and what does that mean for their interpretations.

“Because there’s systemic racism and discrimination and unequal access to healthcare in this country, unfortunately self-reported identity measures do have implications for health outcomes, so you might have to include those in your model when you’re trying to figure out who’s at a higher risk for a disease,” Popejoy said. “These are really complicated and tricky issues.”

Ribado graduated from Florida State University with degrees in statistics and biological science. She is currently a graduate student at Stanford, researching microbe interactions with cancer treatment as part of the Bhatt lab. Ribado also uses ecology and statistics in her research, combined with clinical and genetic tools.

Ribado’s experiences in the lab have taught her how what it’s like to be independent and to think outside of the box when coming up with new ideas and questions.

“You build up a lot of resilience,” Ribado said. “Sometimes you ask yourself why am I doing this, but you get to the end and you’re like ‘Yes, I did it! I’m going to type up the paper and get funding!”’