In a sense, our class colors have defined my time here 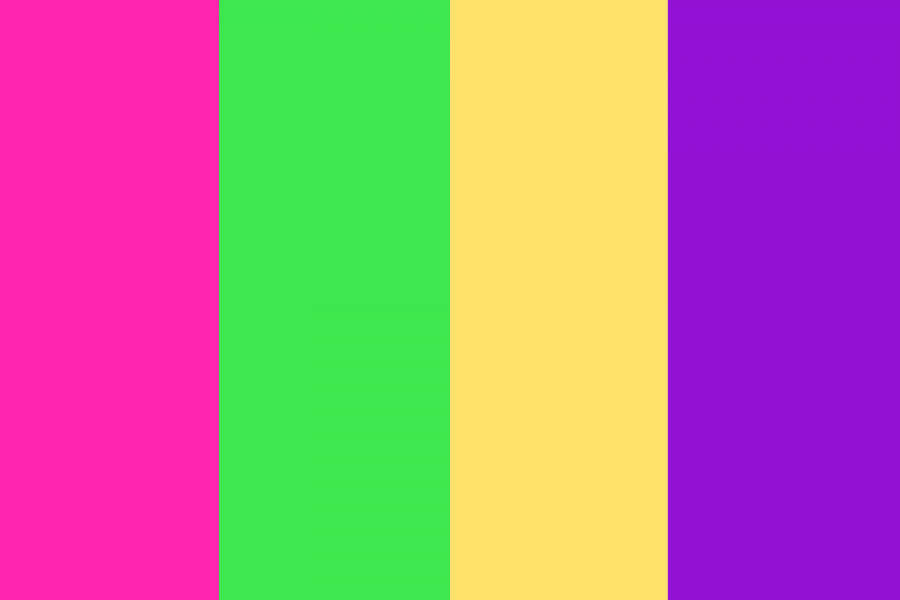 The Class of 2018 should’ve known its high school legacy would be plagued with some rather unfortunate events the second we received hot pink as our freshman year class color. It was quite a scene on distribution day — excited, gawky freshmen clumped together and waiting “in line,” with the occasional student emerging from the depths of the clump, brandishing a shirt and forever burning the horrendous color into my retinas.

Even worse, the shirt I received was too small, and as I stood there during the first rally awkwardly, shoulders straining against the pink fabric and sweaty hands clutching my clarinet after a band performance, I prayed for a prettier color. Perhaps the sophomores’ blue or the juniors’ white would be passed onto us next year?

But of course we were lovingly bestowed a neon green.

The yellow T-shirts in junior year were less headache-inducing, but I still caught myself glancing wistfully at the pretty lavender and white shirts the freshmen and sophomores got to wear. Oh, and correction — it was “cornsilk yellow,” not just yellow. That distinction is quite important to us; whatever helps us sleep at night, right?

So when senior year rolled around, the well-established purple color gave an initial sense of stability, hope, satisfaction and “thank god we don’t have ugly class T-shirts anymore.”

However, senior year has been anything but normal or stable.

If I start off small and nitpicky, there’s the construction going on in the gym and the rally court, which uprooted several groups of students (including me!) from their usual hangout spot, forcing them to take refuge somewhere else. Construction also led to less parking spaces for the seniors, and we all know how seniors feel about parking. The lack of a gym led to complications for AP testing accommodations, so some of us had to take AP exams at Homestead High School instead. Seniors taking the AP Spanish Language and Culture exam had to take it after senior checkout at HHS. There’s no breather week between AP testing and senior finals. This means no Great America trip for the Physics students, which I’m sure many were looking forward to. Our farewell rally was on the lower field instead of inside the gym. Senior Ditch Day almost didn’t happen — but thank God it did.

I thought that standardized test-related suffering would end in junior year after trudging through both the California Science Test (CAST) in sophomore year and then the CAASPP for English and mathematics in junior year. It was a modest wish to want to kick back and enjoy ourselves in second semester, but the dreaded CAST testing descended upon us again this year.

And then there’s the most important question of all — since the Senior All Night Party won’t be in the gym because of construction, what will happen to the iconic zipline attraction we’ve always looked forward to?

It might seem selfish and pointless to list off so many complaints, and I admit, it is. What’s happened has happened and we’ve either taken it in stride or begrudgingly accepted our unfortunate fate. It matters even less when you realize we’re graduating in a little less than two weeks. Some of us will probably hightail out of here, eager to forget all of this and start anew in college. Some of us might linger a bit longer, get sentimental during graduation and afterwards, glaze over these infractions of happiness as we think back to high school as a whole.

Maybe the hot pink in freshman year was a sign. A sign of “Hey look! We’re the Class of 2018 and something’s not right with our class colors but it’s very noticeable and now you’ll never forget us!” And it’s probably true. The indignant cacophony of complaints is very defining of the class of 2018, and although I complain too, it won’t be easy to forget to let go of these four years, characterized by hot pink, highlighter green, cornsilk yellow and purple.