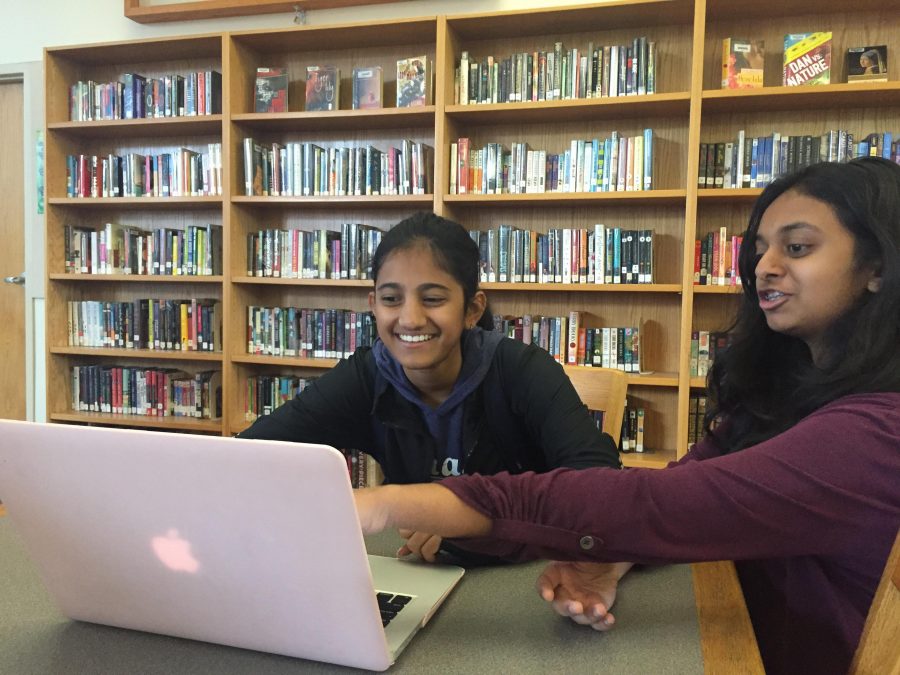 Sophomore Pratya Poosala still remembers entering her freshman biology class after a long day of school, hoping to learn about chromosomes and chromatids. Instead, she was greeted with the pungent aroma of preservative chemicals. Her biology teacher, Pooya Hajjarian had informed the class beforehand of what to expect regarding the pig dissection for their physiology unit, but walking into her class and being greeted by bagged fetal pigs came as a shock to Poosala.

“I felt uncomfortable with doing it [at first],” Poosala said. “I thought that we shouldn’t be killing pigs for the purpose of education and that there has to be another way that people could do it.”

“I just went up and told him that I didn’t want to do the pig dissection,” Poosala said. “After that, I came up with the idea of doing this virtually. [So,] instead of avoiding [participating in the lab] completely, I could actually do something about it [and] help kids in the future too.”

The duo believes that students should not let their fear of dissection obstruct their path of learning more about anatomy, and they encourage these students to utilize virtual pig dissection instead. They believe that opting out of the dissection should not block students from completely missing the curriculum.

“I think virtual reality [is] better because its not only more fact-based but it allows students to make connections easier,” Venkat said. “Especially [in] virtual reality where you could see all parts of the pig at the same time rather than dissecting certain parts. It kind of gives you a better sense of how the systems interact.”

Even though Venkat believes that dissection is a good tool to experiment with — especially if students want to major in biology. She wants students to be more aware of the alternative she and Poosala are offering.

After an extensive process of talking to various freshmen and teachers about their ideas, they hope that their system can be used as an alternative, especially for students who are uncomfortable with the process.

“I think pigs should not be used for the purpose of education,” Poosala said. “It kind of gives students the idea that animals can be used for such practices and I think there are other ways of doing this. They should not result to cutting open a pig because we have a lot of virtual methods now and students should be able to choose an alternative for it.”

With the use of animation, students can follow red blood cell “Bob the Mailman’s” way through the circulatory system. These animations were created by Sophomores Purnima Venkat and Pratya Poosala. Used with the permission of Poosala.