On the road to states: Students share their experience at the CSF state qualifiers 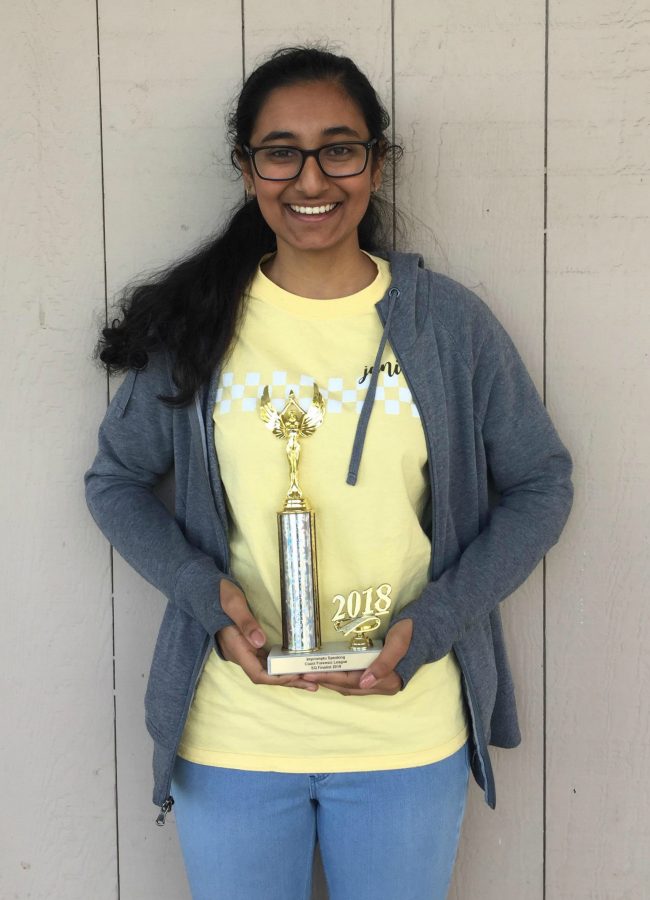 It was a rather unusual competition day for junior Divya Satish. Satish was one of the few students representing MVHS in the Coast Forensics League (CSF) State qualifiers. Despite this being one of the most anticipated speech competitions, when Satish first heard that she had qualified for states, she was in shock.

“The second I found out I made it, everyone around me started screaming and I was like ‘Is that really me? Did I really make it? I’m going to states?,’” Satish said.

Satish, along with junior Eesha Moona, are the only two MV students attending the California High School Speech Association (CHSSA) State Tournament from April 21 to April 23. Moona explained that it was the first year after nearly 5 years that two students from the club have qualified to attend this distinguished event. For Moona, the entire experience of the competition itself is worthwhile, as she made many new friends and was able to improve as a speaker.

“The competition was very rough but at the same time you make a lot of good friends,” Moona said. “They help you with your piece, so throughout the year, I’ve seen my piece develop to the point where at states, I was able to qualify. That was pretty amazing for me.”

She explained that for her particular event, she had to act out the role of a deaf, sterilized girl in the Holocaust, and by doing so, hoped to correctly portray the emotions of the girl and convey a thoughtful message to the judges.

Moona spent days practicing her emotions and refining her technique, all in preparation for the qualifiers. She also said that participating in competitions that come up before qualifiers, is personally her favourite way of preparing for big events.

“Everytime I do a piece, because I have to embody a certain character, I always think that I have to do this piece in order to get justice for this character,” Moona said. “You [are] making sure that you are passionate and [that] doing justice to the piece is basically going to make a bigger difference in the world, in terms of how you view the world, and how you make others view the world.”

Looking back at her progress in Speech and Debate, Satish is proud and happy with how far she has improved as a speaker. From delivering better content to exhibiting more emotion in her speeches, she hopes for the best in the CHSSA State tournament.

“I definitely wasn’t too good when I started [in the club],” Satish said. “But something about the event just felt right to me so I kept going with it. With practice and research, I was able to give speeches in a way that made me seem more emotional and invested in what I was saying, and consequently, making the judges more interested. [Hence,] the judges would remember my speech more and maybe even learn something new.”