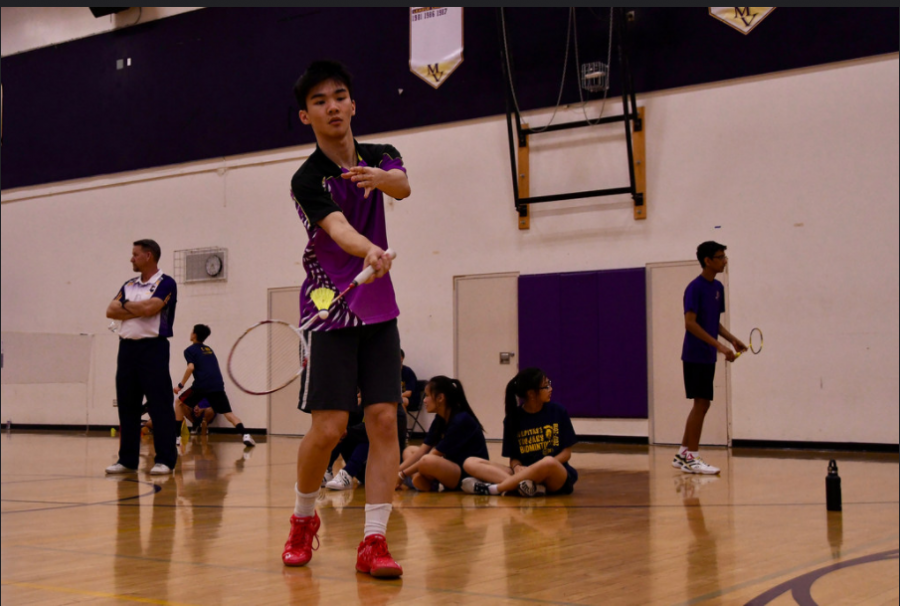 As the MVHS badminton team prepared for its ninth game on a gloomy and cloudy afternoon, the team was warming up as they were about to play the Cupertino HS Pioneers. Having already previously defeated  them on their home court, MVHS had a level of confidence and it showed when they played, ultimately beating the Pioneers 23-7. The team’s win against CHS means MVHS has yet another shot at finishing as the number one seed in their league by the end of this season.

By capturing a win, MVHS was able to get one step closer to their goal, to win the CCS title this year. Not only that, MVHS was able to win by a large margin, against the team that had the same record as them, last year.

Read the infographic below to see a game overview from the Matadors victory over CHS on April 5. 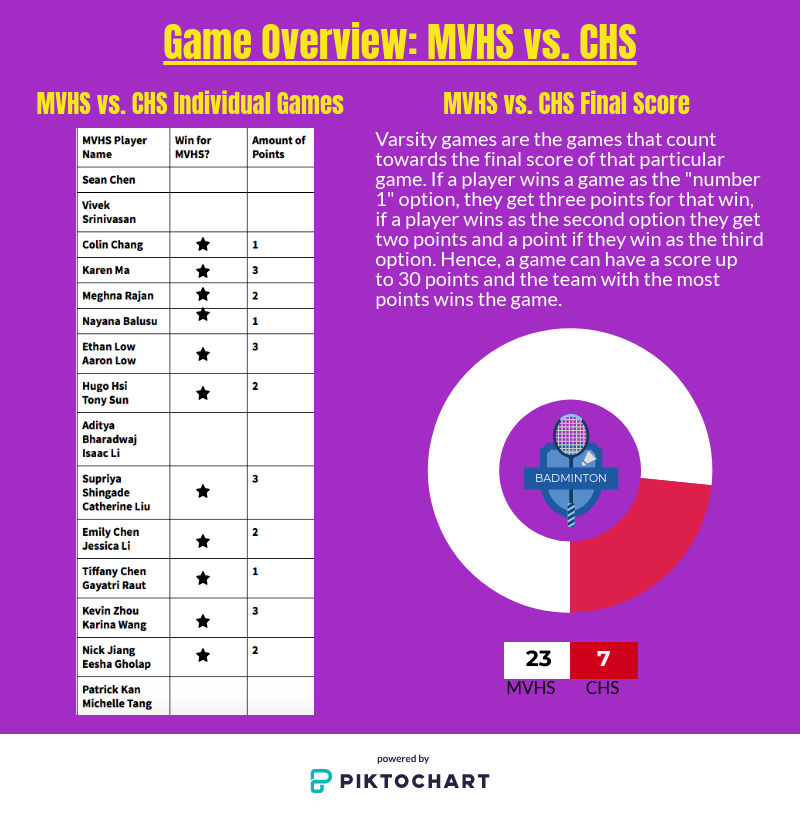