Letters to the Parkland survivors 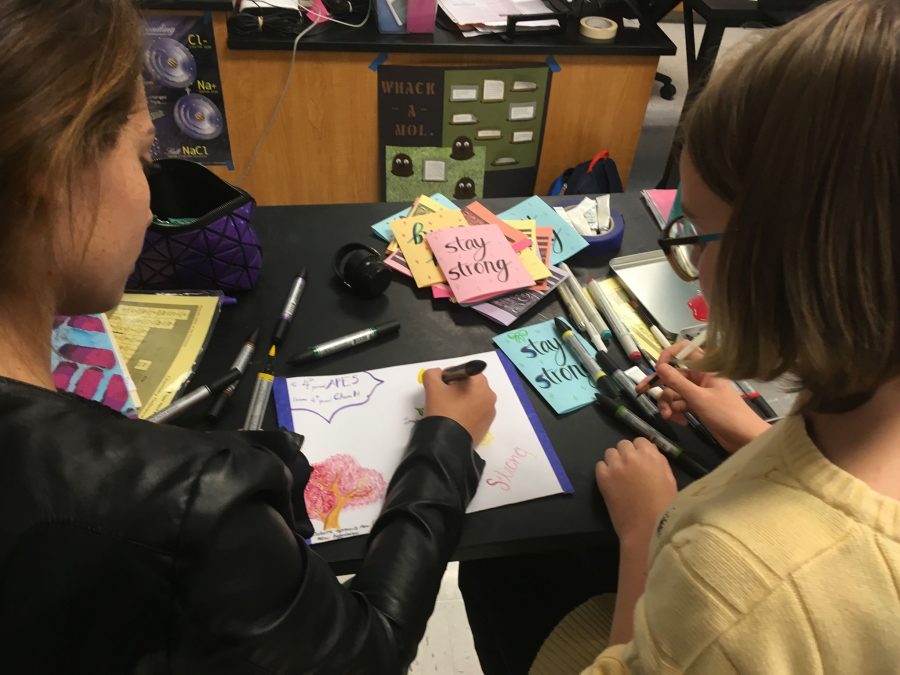 Students write letters to the Parkland survivors on colorful pieces of paper decorated with the phrases “Stay Strong” and “Persevere.” They then put the paper into a handmade, colorful envelope, ready to be sent to the MSDHS students. Photo by Sreya Kumar.

fter a meeting between Marjory Stoneman Douglas High School teachers a few days before the school reopened on Feb. 28, a MSDHS teacher reached out to assistant principal Andrew Goldenkranz through a Facebook group for AP Environmental Science teachers. The teacher reached out knowing that the students at MSDHS would need individual support from others. In order to do this, the teacher asked Goldenkranz if MVHS students could write individual letters to MSDHS students to show their support. 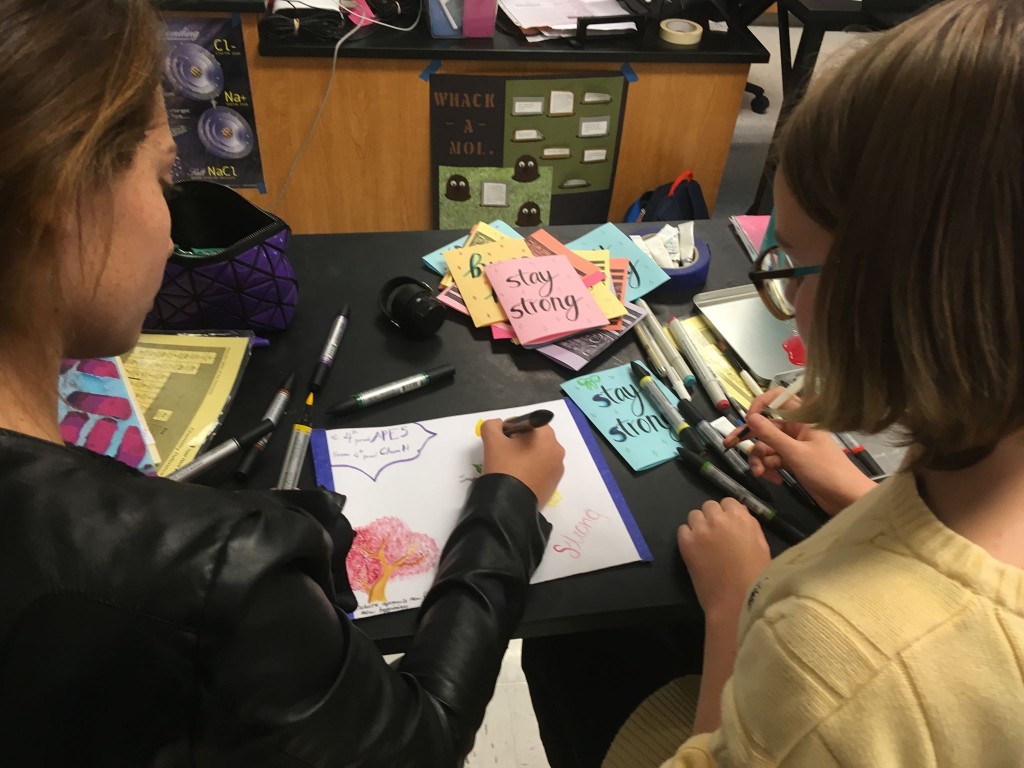 Students write letters to the Parkland survivors on colorful pieces of paper decorated with the phrases “Stay Strong” and “Persevere.” They then put the paper into a handmade, colorful envelope, ready to be sent to the MSDHS students. Photo by Sreya Kumar.

Goldenkranz informed the Science department and the AVID team about this chance to support the survivors, mainly because the list of students he was given were science students. Later, he was happy to find out that there were a number of teachers that had their students write letters after hearing about this opportunity, like chemistry teachers Mia Onodera and Elizabeth McCracken.

“I think the opportunity for this one to one communication can be really beneficial,” Goldenkranz said. “It’s not for everybody, that’s why I put it out as a suggestion to see who was interested in volunteering. I think the same thing [is] true for our students, that some students are more comfortable with a public reaction or demonstration and then some students may feel good about a more personal response.”

Sophomore Akshay Bharadwaj was sitting in Onodera’s classroom when he first heard about writing letters to the MSDHS students. He was really excited, wanting to reach out to the students and to tell them how he felt. Since he felt so passionately towards the topic and had a lot of thought and opinions, he found that the words just flowed onto the paper as he told them to stay strong and to try to help others in this time of need.

“On first hearing the shooting, I was really sad because those are high school students,” Bharadwaj said. “They’re the same age as us and they had like futures ahead of them, same as us. Those were taken away when they were killed. I was really happy that I could talk to [the survivors] and maybe try to console them.”

On the other hand, senior Abhishek Dighe didn’t think that the letters would have much of an effect on the survivors. He believed that it could be reassuring for the students to know that strangers are supporting them, yet he also felt that the letters are just empty words and that action needs to take place — not just writing about thoughts and prayers.

“While I was sitting in class, talking to people around me, no one was taking it as seriously as they could have been taking it,” Dighe said. “To be honest, you can act like you care, but it’s going to be different than if you actually care. I feel like the letters we wrote are pretty hollow and overall not worth it.”

Despite not believing that the letters would have much of an effect, Dighe still wrote encouraging things that he did believe in.

“I basically told my person to just hang tight because bad things happen in life, but you just gotta stay true to yourself and get through it,” Dighe said. “It’s gonna get better. Life has its ups and downs [and life can] only go up from there.”

At the minimum, Goldenkranz believes that writing the letters could be considered a random act of kindness and that perhaps a new friendship can emerge from these letters. Many students even included their contact information, such as their Snapchat username, in case the MSDHS student wanted to contact them to talk further.

Goldenkranz knows that the MSDHS students’ lives will never go back to the way they were, but he hopes that by reaching out, they  would find comfort in the fact that they have the support from students across the nation.

“This is not the kind of thing that will ever get back to normal,” Goldenkranz said. “[The students] have a new normal that they have to adjust to and I think that’s true anytime you go through a trauma like that. I think knowing that there are people out there who care and are ready to reach out, I just think that’s a nice gesture. That was my only motivation, was let’s try to do something nice.”