Behind the scenes of Badminton club 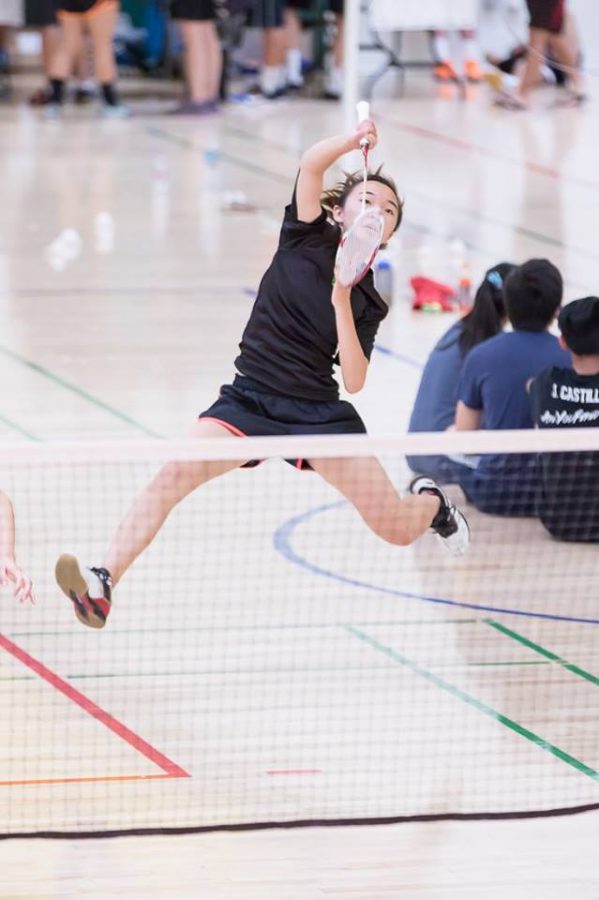 Junior Karina Wang plays in the San Jose State Uni Smash-Offs in the summer of 2017. Wang is now the vice president of MVHS Badminton club and is working to improve the skills of other members on the team.

Every Thursday lunch, numerous students pile into the field house, holding badminton racquets and talking animatedly to their friends. Here, the MVHS badminton club hosts open gym for club members to enjoy the sport and improve upon their skills.

Unlike many of the clubs at MVHS, the badminton club has a unique way of interacting with their club members. Instead of holding meetings in classrooms, the club officers and advisor, P.E. teacher Julie Sullivan, open up the field house to both competitive and recreational badminton players. Junior and vice president Karina Wang explains her role during open gym sessions.

“In the first semester, badminton club is really just [trying] to generate a lot of interest in freshmen or players who have never been on the team before and just to try out for the team,” Wang said. “Second semester, we get more team players coming in, so we focus on helping out those team players during lunch.”

In addition to teaching and advising badminton players, senior Emily Chen reveals the behind the scenes work for club officers. According to Chen, officers have to set up the nets before each open gym sessions and make sure that the shuttlecocks used are those bought by badminton club.

When Sullivan opens the field house, the club members are free to enjoy a whole 40 minutes of badminton playing time. As she supervises the open gym sessions, Chen describes her what she sees in some of the club members.

“Some people play for fun and some people may go find [others] so they can learn something,” Chen said. “Other people are more competitive, so they would go find someone in a higher level than them and try to beat them.”

According to junior Carl Rosenthal, who is an officer in the club, there are many successful badminton players due to the vast number of outside training facilities located in the Bay area. Rosenthal believes that this is an advantage to beginners who are interested in the sport and thus he encourages them to join the club.

“At badminton club, we do have a wide range of playing skill levels, so it’s great for people who are just beginning” Rosenthal said. “They can see people who are on the junior National level in the United States playing, [so] they can get an appreciate for both how friendly the sport is in the beginning and how intense it can be at the higher levels.”